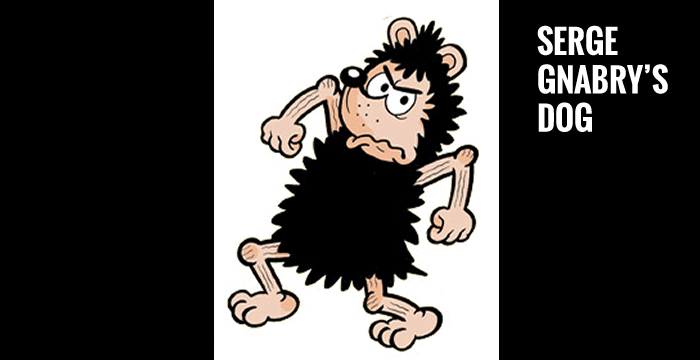 Thankfully tonight is the last we have to deal with international football as this most tedious of Interlulls draws to a close. I have no idea who is playing who but I’m hoping that Arsenal’s Brittle Bone Brigade come through against the iron-clad, Rollerball tactics of the savages and barbarians they’re facing.

Oh, I think France and Spain are playing each other. There’s the perfect occasion for Monreal, Cazorla, Giroud and Koscielny to be banjaxed in one fell swoop. From The Guardian: “Confusion reigned after the match as to how all four Arsenal players managed to clash heads from the same set-piece, but with just three stretchers available, Arsene Wenger will be displeased that an unconscious Koscielny was dragged from the pitch feet first, like a cartoon cave-woman.”

England are playing Montenegro which renders any chance of making a gag about Alex Oxlade-Chamberlain impossible. There’s simply nothing funny about Montenegro. Nor should there be. Why would there be? Exactly. And beyond that, the Germans are in action, Szczesny probably won’t play for Poland but he’s all right with that because everyone’s better than him right now, and as for the rest, I simply can’t be bothered looking at the fixtures to see who Rosicky will do his [ankle/achilles/knee/calf/taint] against.

So, last night the youngsters made it through the semi-finals of the NextGen tournament after they beat CSKA Moscow 1-0. The goal came from Serge Gnabry (there’s been some confusion over how to pronounce his name; for the record it’s Gun-naaaaa-aaaa-buh-eh-rey-ey-ey-ey [fade out]) but unfortunately I didn’t see it.

This accurately reflects my viewing experience last night. Arsenal have the ball in a wide area then

and the goalkeeper came out just in

when all of a sudden, flying down the left hand side

In one way I suppose it’s a testament to the interest people have in the kids that the bandwidth they said I didn’t possess in order to view the game properly was, in fact, an issue with the amount of people trying to watch it. There was a good crowd there on a freezing cold night too and I’m sure that support made a difference to them.

They go on to face Chelsea in the semis, a nice local derby to contend with before the final. I didn’t even know Chelsea had an U21 team. I thought they’d dispensed with such unnecessary things as youth players and under-age coaching and player development a long time ago. Shows what I know, eh? I must have missed all those exciting youth prospects being given a chance in the first team. I should pay more attention.

Still, it’ll likely be a feisty encounter, and as it takes place this Friday at Lake Como, Italy, hopefully the young Gunners can pasta ball well and go all the way to the final. Buffalo mozzarella. Sorry, this Interlull is taking its toll.

Bonus reading: A match report and player ratings from @jeorgebird

Other than that absolutely nothing going on. Once more I am studiously avoiding any manufactured quotes which may pertain to a transfer which a) can’t happen for months and b) probably won’t happen anyway. I suggest you all do the same. I mean, you don’t have to if you don’t want to but don’t come crying to me when all your transfer window eggs are in the one basket and you drop the basket or somebody steals the basket and you have no eggs left.

Omelette you finish, but having various baskets with a few eggs in of them is one of the best videos of all time.