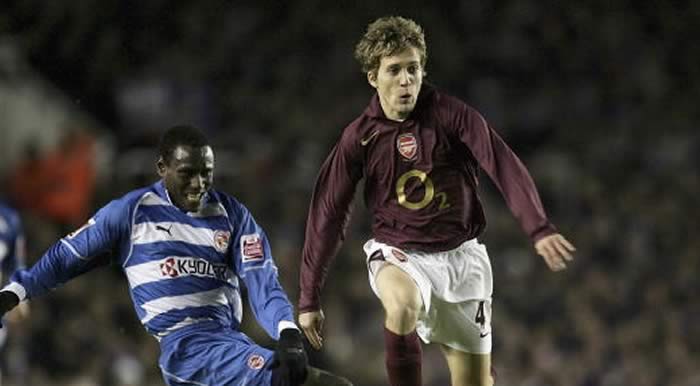 Morning, I’d love to tell you that today there’s a glut of Arsenal news, enough to get us through the day without being too much that we have leftovers that go off, but sadly that’s not the case.

The only thing going on at this time of the day is next door’s little yappy dog being yappy. There are many annoying noises to be woken to; alarms … erm … alarms, basically, but the constant ‘yap yap yap’ [silence for a few seconds] ‘yap yap yap’ is kinda infuriating. Especially when it took ages to get to sleep because you had some band that sounds like Maroon 5 going around in your head.

The unfortunate thing for me these days, and it’s something Mrs Blogs slags me off about regularly, is that every band sounds like Maroon 5. Those of you who have watched American Horror Story on TV will [spoiler alert] have thoroughly enjoyed the bit where he got his arm wrenched off by a masked lunatic. Frankly, it serves him right for sounding exactly like himself. Anyway, the point is that he and his minging, always on the radio, sound-a-like pop army can do one. Along with next door’s dog.

There is some football tonight though, as the youngsters play CSKA Moscow in the NextGen tournament. In the last round they beat holders Inter Milan 1-0 on a football pool, and tonight’s opponents will provide another stern test for Terry Burton’s kids. The game being played at the Emirates makes it a bit of an occasion for them, and many will be hoping it’s not the last time they do it. It’s a chance to showcase their talent on a relatively big stage and given that tickets are £4 or £2 for U16s there could well be a big crowd there, weather permitting.

These days we know more and more about the young talents at the club. At the moment the names of Bellerin, Toral, Eisfeld, Yennaris, Akpom and Gnabry are the ones that people have high hopes for. And there’s no doubt they look a talented bunch of players. But the reality is this group faces the exact same struggles as the JET, Lansbury, Watt, Henderson, Eastmond, Coquelin, Wilshere, Frimpong era.

That team won the FA Youth Cup in 2009, beating Liverpool 6-2 on aggregate. Big things were expected from many of these guys, only Wilshere and Coquelin are any way involved in the first team these days. Frimpong has been sent off on loan, Henderson’s chances were done for by serious injury, Eastmond got some games but never did enough to stay in contention, Lansbury looked promising but ultimately had to drop down a level to get regular football, while Jay Emmanuel-Thomas is the very player these current youngsters should look at if they really want to make it.

His talent was never in question, here’s Arsene Wenger talking about him in 2010, not so long ago:

And where is he now? Ipswich. He’s made 26 appearances for them this season and scored just 1 goal. Is that as far as he wanted to go? I doubt it, but he became a big fish in a small pond and thought he’d done it all. Being the best at youth level is no guarantee of anything at all. Just look at the youth team striking partnership that destroyed teams week in, week out – Nicklas Bendtner and Arturo Lupoli.

We know all about The Greatest Striker That Ever Lived, but what of is his partner? He’s currently playing in Serie B with 5 goals to his name this season, as far as I can make out. Unlike JET his shortcomings weren’t of attitude, but talent. The difference between youth and first team football was too great. Despite the fact he was banging them in week in, week out it was too much for him to do it at senior level.

Which is why expectation levels regarding this current bunch of players should be realistic. If one or two make it into the first team then that will be a decent return. For some the chance will go because of injury or maybe just the timing wasn’t right, there’s certainly an element of luck involved too. A couple of first team injuries can open the door and the chance will be taken with both hands, but for others that opportunity will never come.

There are a few tonight who will be hoping to catch the manager’s eye, to give him something to consider when he makes his plans for the future, but first and foremost let’s hope there’s a good team display against a strong Moscow side.

The fans who cried wolf