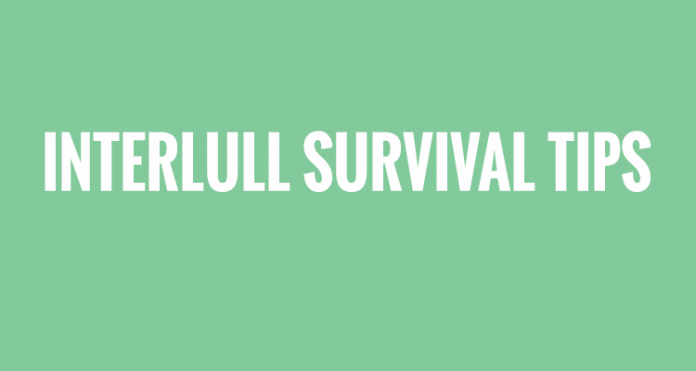 This Interlull is very Interlully indeed. It has been exacerbated by the fact we didn’t play last weekend so the tendrils of that game did not stretch into the early part of this week, giving us at least some meagre Arsenal sustenance.

It led to many questions for yesterday’s podcast about how best to cope with the absence of football. So here are some tips on how to do that.

Also, I am absolutely rubbish at DIY. I can hang a picture and rewire a plug but that’s about it. Anything that involves putting bits of things together, like Ikea furniture for example, is likely to end in failure. I loved Lego as a kid but there are only so many walls you can build without it getting a bit boring.

But maybe you have the gift for lathing and woodwork and dowels and that. Make a cabinet in which you can put all the trophies we’re going to win this season [please insert your own gag in response to that here].

Books are good, but I have found my relationship with them has changed down the years. Maybe it’s because our attention spans are different now, we’re too easily distracted, but I no longer have the ability to keep going with a book that is unsatisfying. It used to be a case that I would plough on through until the end no matter what but now I’m prepared to throw it down and never pick it up again if it annoys me or doesn’t grab me the way it should.

So, it’s great to come across something excellent and the last thing I read was Don’t Skip Out On Me by Willy Vlautin [link] which I loved, so have a bash at that if you want. Also, buy your book from an actual book shop rather than gigantic online retailers named after South American rivers. It’s even better if you can support your local independent book shop too.

Although we don’t have any Arsenal games now, we’ve had loads of them in the past. Why not use the Internet to discover old season reviews (*cough* click here), and relive some of the great stuff we did in the past.

Enjoy the double of 1998, the 90-91 season when we were beaten just once in the league (stupid Chelsea), or the cup double season of 92-93 when we won the FA Cup and League Cup. Take a step back in time.

Please note: watching teams of the past might make you long for those halcyon days, but don’t let yesterday’s achievements be clouded by today’s frustration. One of the most fascinating things about watching some of the old stuff is the reminder that even during our best seasons we weren’t flawless and players performed poorly and made mistakes at times.

The difference now, of course, is that those mistakes reverberate for far longer due to social media and the endless discussion of the team on various platforms that didn’t exist back then. You can’t help but wonder what the reaction would have been to an Arsenal team that finished 18 points behind leaders Man United in 99-00. That group of players from that era are rightly remembered for what they achieved, but that season we were miles off the pace and lost a European final.

It does make you think about how granular we get these days. Every single thing is analysed to within an inch of its life, often without much nuance. It is either a bad thing or a good thing, and there’s little thought or consideration about what lies inbetween as people draw their lines in the digital sand.

Anyway, lots to enjoy from the past nonetheless, so have at it.

4 – Step away from the Internet

I’m one to talk, I know, but it’s easy to get dragged into a wormhole of social media interaction and think that it’s representative of the real world. Turn off the laptop for a bit (after you’ve checked Arseblog, of course). Stick the tablet on a shelf (after you’ve read all the latest stories on Arseblog News, naturally). Put down the phone (after you’ve listened to the latest Arsecast etc).

As I told James during yesterday’s podcast, I was out having a bite to eat on Sunday and witnessed a family beside us spend the entire meal on their phones. Not talking to each other, each of them scrolling like crazy through Twitter or Instagram or whatever, and it was really quite weird.

It’s easy for it to become habit. If you can’t do without your phone or you have to constantly check what’s going on, it’s probably speaks to an unhealthy relationship with an electronic device. It’s great to have all the information in the world at your fingertips at all times, but there’s also the actual world too and stuff happens in it. Check it out.

Ps – Don’t forget to come back to the Internet when the football is back ;-P

So, there you go. Some tips which you can ignore or otherwise, but which have provided me with enough words for a blog post. Feel free to leave your own Interlull survival tips on the arses, and stay with me for the rest of the week for more exciting stuff like ‘Top five films with bears in them’, and ‘Why don’t more people draw eyes on their satellite dishes because that’d be quite funny because the sticky out bit looks kinda like a nose’.

Until then, I’ll leave you with yesterday’s Arsecast Extra, get it into your ears.