Announcement: Together – the story of Arsenal’s unbeaten season

10 years ago in May, Arsenal created history by going through a Premier League season unbeaten. They did it with a style and brilliance that remains fresh in the memory of all who experienced it.

But 2003-2004 was a season in which much more happened besides that remarkable league winning achievement. There were European lows, then highs, then lows again; controversy on and off the pitch with Arsenal derided and chastised from all quarters for their lack of discipline, particularly at Old Trafford; there was the frantic behind the scenes work to get the finance in place to build a new stadium; a club record transfer deal in January, and plenty more besides.

To coincide with the 10th anniversary, we’re putting together a very limited edition book entitled: Together – the story of Arsenal’s unbeaten season.

It will tell the story of the season – from the summer of 2003 until the end of the season in May – with match reports, behind the scenes stories, interviews, stats, tactics, exclusive illustrations, pictures, all the things you know, lots of stuff you’ve forgotten, and much, much more.

Together – the story of Arsenal’s unbeaten season is written by myself and Andrew Allen. It will be available as a limited edition hardback, enhanced ebook and regular ebook with a launch in London in May (more details of which will follow in the next few weeks).

For now, here’s the front cover: 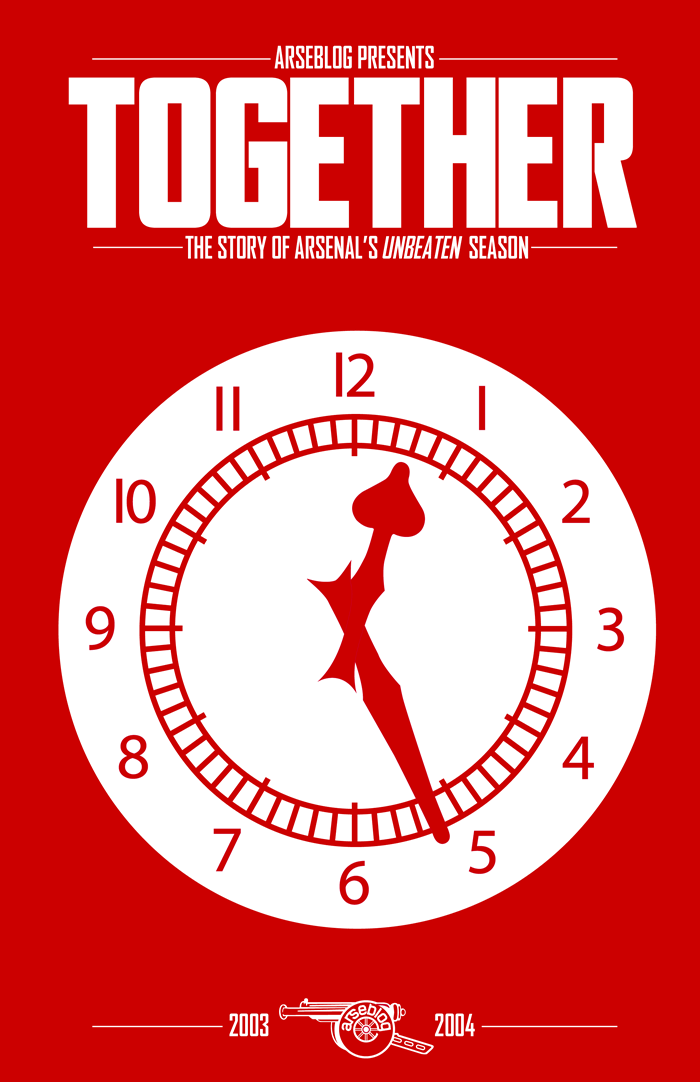 Previous articleAlmost Per-fect: why I love the Mert
Next articlePost-internationals, pre-Everton

On World Book Day, get an Arseblog...