On World Book Day, get an Arseblog (e)book

As it’s World Book Day, why not grab yourself a copy of one of our books for a bargain price of between £1.99 and £2.99 (or local equivalent)?

Both So Paddy Got Up and Together: the story of Arsenal’s unbeaten season were released as limited edition hardbacks which have long sold out, but they’re still available as e-books. The prices range across platforms due to Amazon’s strict rules which say you cannot offer a book for cheaper than the price it’s on offer with them, but none of them are any more than £2.79 I think (less than a cup of crap coffee!)

Details of the books below.

So Paddy Got Up

Perhaps a little dated now, as it was originally published in 2012, but it’s an anthology of Arsenal writing featuring the likes of Amy Lawrence, Philippe Auclair, Tim Stillman, Andrew Allen, James McNicholas, Michael Cox and loads more. There are 26 essays in total.

Together: the story of Arsenal’s unbeaten season

This is a book about a young man who has a magic dog and they go into space and have adventures in space and … ok, it’s about the 2003-4 season when Arsenal went unbeaten in the league. A look back at the matches, behind the scenes stories, stuff that’s long been forgotten and lots more from an unforgettable year.

And as you can see from the picture below, it comes highly recommended.

*Note: we’ve just changed the price on the book on iTunes so if it’s showing a higher price, check back in a little while and it should be sorted. 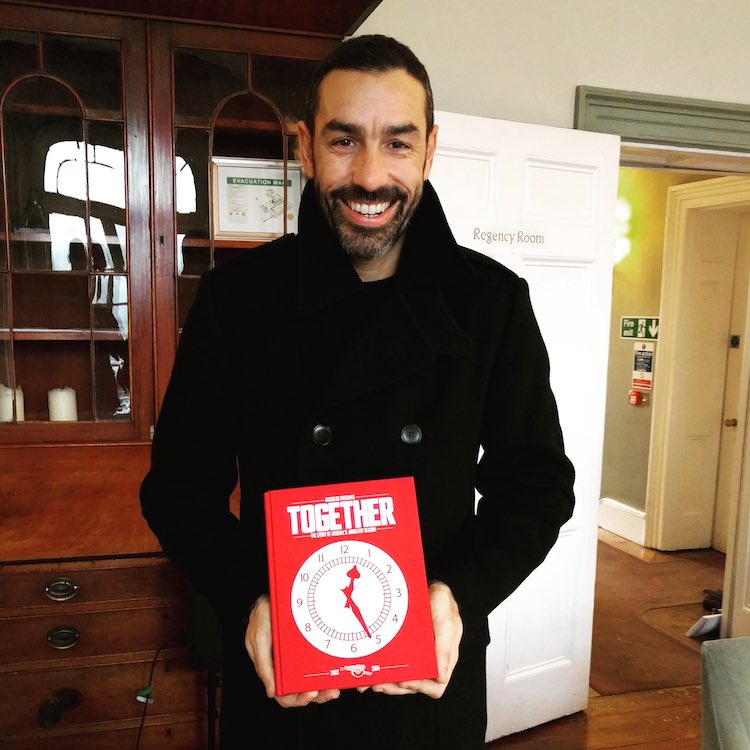 Together: the story of Arsenal’s unbeaten season...