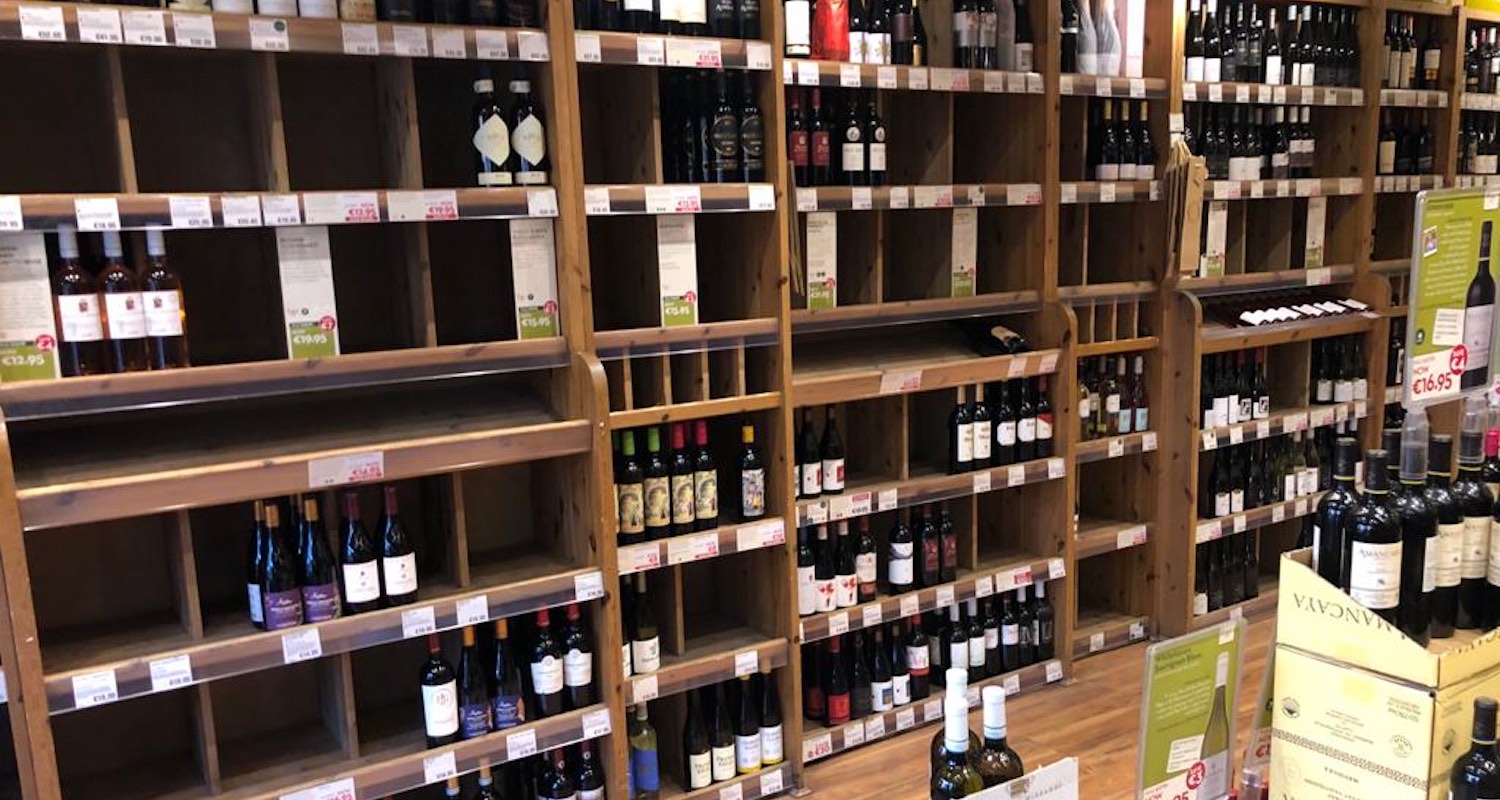 Hello to you all. The mornings are getting brighter, the weather is getting warmer, and we all have to stay inside more. Ireland introduced more restrictive measures yesterday to stop the spread of Coronavirus, and anecdotally it led to the first instance of panic buying that I’ve been aware of here.

In typically Irish style, it was an off-licence who did more business in a few hours yesterday than they might do in Christmas week. As of now, only retailers deemed ‘essential’ are allowed open, but those of you in this Emerald Isle who are frightened at the prospect of a period without hooch, don’t worry. Off-licences fall under this category – like supermarkets, post-offices, banks etc – so you can relax a bit.

I saw some stats yesterday about traffic. On some of the main roads in Ireland, it’s down almost 50%, which is understandable in the circumstances. I wonder if there are similar stats available for the purchase of wine, beer and spirits. I suspect if there are, they’ll be significantly up. Not just from the parents who have to deal with kids being at home all day long and need a stiff drink the evening to cope, but people in general.

I know there are a lot of things we take for granted because life has always been one way, but most people are fairly social and that’s kinda gone now. For a while at least. Personally, I can chug along quite happily without seeing too many people, but I’m at an age where that’s not a huge issue generally. For younger people this is going to be more challenging, although I’m not necessarily convinced staying in and enduring the hardships of 21st century technology/entertainment are up there with war rations etc.

Anyway, wherever you are, I hope you’re healthy and well, and coping as well as possible. It can all be a bit overwhelming at times, the information and – unfortunately – misinformation is relentless. Just remember you can put the phones down, turn Twitter off and give your head some peace. Or if you need some interaction, there are communities like this one and many more where you can find that and people to chat to.

Also, it was great to see the club list some of the ways they’re helping the local community during this crisis.

I would like to say thanks this morning to everyone for all the feedback on the podcast I did with Cesc. Podcasting is a strange medium in that it’s one that doesn’t typically generate a lot of interaction after the fact. For the Arsecast Extra, we have a load of it beforehand as we look for questions from listeners, and down the years we’ve had some wonderful and inspirational contributions from people who listen on a regular basis.

Unlike a written article though, there’s no comment section, if you like. You can get some Tweets, a few Facebook messages, the odd email, but that’s kinda it. So when an episode resonates the way this one did, it’s a bit special. Of course it’s not often you get a guest who is the former captain of the club either, but even in that, it’s rare for a footballer be so open and honest.

We know they’re media trained up to the hilt, but what I thought was exceptional about this was how forthright Cesc was about his time at the club, and all the other issues we discussed. He could easily have given more generic answers, or even played down certain elements in his own favour, but he didn’t. I can’t thank him enough for that, because as an interviewer you can have all the right questions, asked in the right way, but the interviewee has to be willing to answer them properly. He was, and I was very happy with how it turned out, and so glad it connected with people the way it did.

If you haven’t had a chance to listen yet, you can find all the links you need here, and it’s also on YouTube if that’s the way you like to listen to podcasts. I’ll embed the player at the bottom too so you can get it that way.

On Monday I wrote a tongue-in-cheek ‘what if’ piece which looked at how things might have been different if a game had turned out the other way, and in some ways that was inspired by something Cesc said on the podcast. I know it’s water under the bridge right now, and I know we’ve all had it up to here with those stories about who we nearly signed, but it’s still difficult not to have regrets that the Xabi Alonso deal didn’t go through.

That would have been a game-changer for our midfield back then. With all due respect to everyone else in the squad, him alongside Cesc would have been absolutely amazing. I know there’s nothing can do about it now, but during this period of isolation it’s easy to be wistful about what might have been. Oh well.

Speaking of YouTube, by the way, if you’re looking for some terrible entertainment tomorrow evening, you can join myself and James as we live stream Gunnerblog v Arseblog on FIFA 20. You can subscribe to the YouTube channel here, and it’ll notify you when things are up and running I guess. We did this before, and I won 2-1 in our best of three match up of Arsenal v Arsenal. Who will come out on top tomorrow? Join us at 9pm to find out.

That’s your lot this morning, stay healthy, talk to you tomorrow. Pod below, happy listening.