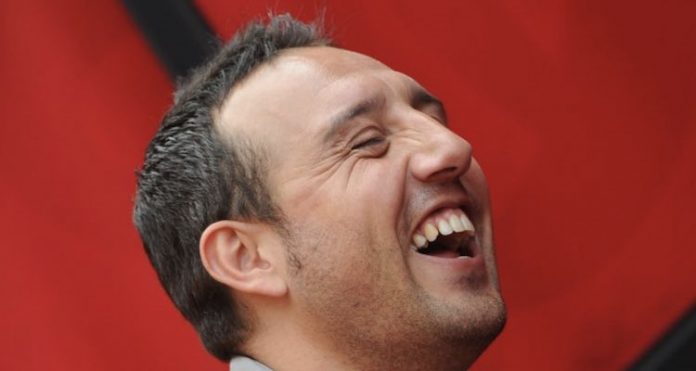 And. Erm. You know. Stuff about that. And so forth, and so on. Never mind get excited, this is one where it’s even difficult to be that interested. I suppose if we played some kids, or at least had them on the bench that would be something, but in the current circumstances what is there to say, really?

I bet Jamie Vardy will score a goal and the headlines tomorrow will be about how he scored a goal against a team he declined to join a couple of seasons ago. Those headlines won’t really bother me though at this point. In fact, I would prefer them than to have spent two years or more looking at a player who is clearly the bastard love-child of the witch from 70s kid’s show Chorlton and the Wheelies.

Then yer man Riyad Mahrez, having withdrawn his 34th transfer request, will do a skillz and all the papers will talk about his skillz and he, not listening to the sound advice of Public Enemy, will believe the hype and hand in another transfer request but nobody will buy him and ultimately he will like a comic book character who travels to the far distant planet of Mongo in a cooking implement to battle Ming the Merciless – a Flash in the Pan.

Not Peter Schmeichel will make a zillion saves and everyone will say ‘Oooh Arsenal need a goalkeeper, why don’t they buy this lad?’, and ignore the fact he’s 31 not 21 and if he was that good he wouldn’t be playing for Leicester at this point of his career now, would he? We’ll then buy him.

The point I’m trying to make here is that things will happen in this game in which 22 chaps line up and boot the ball around. Maybe, after hitting Burnley for five at the weekend, we’ve found our groove and will turn up tonight and do that. I’d certainly enjoy it, there was a lot to like about the way we played on Sunday, but Arsenal away from and Arsenal at home are two unusually different animals.

It’s hard to reconcile our 47 points at home – the second best tally ever in Arsene Wenger’s tenure – with our dismal showings on the road. I don’t suppose there’s any need to analyse it at this stage though, it is what it is, the consequences of that are now very obvious, so let’s just hope we can score a few and provide some entertainment in the manager’s penultimate game in charge.

Meanwhile, he confirmed the bad news about Laurent Koscielny who will be out of action for six months after undergoing surgery on his ruptured Achilles tendon. He said:

Koscielny is devastated, he has surgery and that means he will be out for 6 months. You will not see him before the end of December, beginning of December at the best.

And although the player himself spoke about his desire to fight back, there’s no doubt this injury will have a significant impact on him. Not simply from a physical point of view – that kind of a rupture when you’re heading towards 33 (he’s currently 32 though, that’s how it works) – is always going to be tough to come back from. You’re at an age where things are beginning to slow down anyway, so something this serious is going to be a real challenge.

Then you have the fact you’re going to be missing for the first six months of the new manager’s reign, and he’ll have to have made plans to live without you. There’s certainly an experience gap when it comes to our central defenders now, Mustafi is our senior man at 26 – which is not exactly a bad age, but you have to wonder if he’s ready to be that guy based on his performances.

It’s clear the club are future-proofing a bit with the new deals offered to Rob Holding and Calum Chambers (22 and 23 respectively), as well as the signing of 20 year old Konstantinos Mavropanos, but I’d be very surprised if an experienced centre-half wasn’t on our shopping list this summer. Quite where that would leave Koscielny when he’s fit again remains to be seen.

We could be in a situation where we’re praying for him to return and help make things better, or moving in a direction where he becomes less and less important. Still, it’s sad news for a player who has served us with distinction and commitment – as I wrote last week – so I hope his recovery is as successful and rapid as it can possibly be.

I suppose we have to look no further than Santi Cazorla to see just how an Achilles injury can impact a player. The circumstances of the Spaniard’s situation were very different, as a post-op infection caused most of the problems and the need for further surgeries, but it shows you that what can look relatively routine can take you in a different direction.

The idea that we might see Santi play one last time was a romantic one, but one sadly shot down by the boss yesterday who said:

Medically, people tell me it’s too much a risk to rush him back now. He had to wait for such a long time, it would be stupid in one game to destroy all the work he has done.

His song rang around the Emirates more than once on Sunday, which was nice, but it is a shame that a player as good as he is, and a man as nice as he is, didn’t get a chance to pull on the shirt once more. I think his departure this summer is inevitable, there’s talk of his former club Villarreal being interested, and like Koscielny all you can do is wish him the best and hope that he gets the chance to see his career out in the way it merits.

Finally for today, James and I will be recording a live Arsecast Extra on Monday May 21st at Union Chapel. It’s the end of the season and the end of an era, and we’ll be joined by Amy Lawrence and Philippe Auclair for lots of Arsenal and Arsene chat, some reminiscing about the good times, some looking forward to what comes next, an audience Q&A, a few beers, and more. We’d love to see you there.

Tickets are £12 + booking fee, on sale Thursday. Arseblog Members on Patreon get access to the first 50 tickets at a discount price of £8 + booking fee, those tickets will be on sale today. See patreon.com/arseblog a bit later on for a post with all the details.

Right, that’s your lot for this morning. We’ll have more news throughout the day on Arseblog News, and we’ll have a live blog of this evening’s game against Leicester later on.