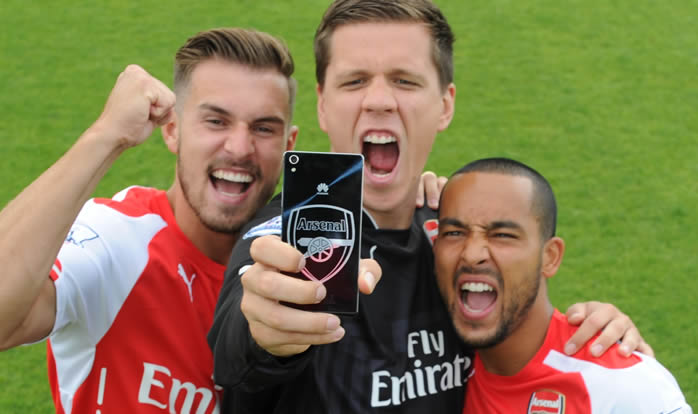 Thanks to Huawei we have a fantastic competition for you – with a prize of Huawei Ascend P7 Arsenal Edition smart phone.

The beautifully crafted Huawei Ascend P7 Arsenal Edition supports a 5-inch full HD screen, perfect for enjoying entertainment in full 1920 x 1080 resolution. The Huawei Ascend P7 Arsenal Edition is a powerful multimedia smartphone and the Arsenal edition uses this to give a great experience to Arsenal fans with some of the world’s best football apps preloaded such as match highlights on the BBC iPlayer (UK only) and games like FIFA 14.

To keep fans up to date, Huawei have partnered with the BBC to offer BBC News, BBC Sport and BBC iPlayer Radio (UK Only) as well as the brilliant new Yakatak app for updates on games as they happen and a unique direct link to your social networking friends to chat about Arsenal and clubs from 400 leagues.

To enter the competition, all you have to do is answer the following question:

From which Spanish club did Arsenal purchase Alexis Sanchez this summer. Was it:

Answers to [email protected] by midnight on Wednesday, the winner will be selected at random from all the correct answers and announced on Thursday morning.