Morning all. A quick one for you today.

Let’s start with reports that Granit Xhaka is set to miss 6-8 weeks due to the injury he picked up late in the derby win over Sp*rs in which Harry Kane fell over then provided an inch-perfect assist for Bukayo Saka to score the third goal.

I thought it looked bad at the time, but in the celebrations of beating them it was glossed over a bit. It was unlucky too, Thomas Partey clattered into Lucas Moura who then fell onto Xhaka’s leg and there was an unpleasant buckling of the knee. The bad luck was compounded because as Moura was falling his way, the Swiss international was looking at the ball and had no chance to brace himself or take any kind of evasive manoeuvre. 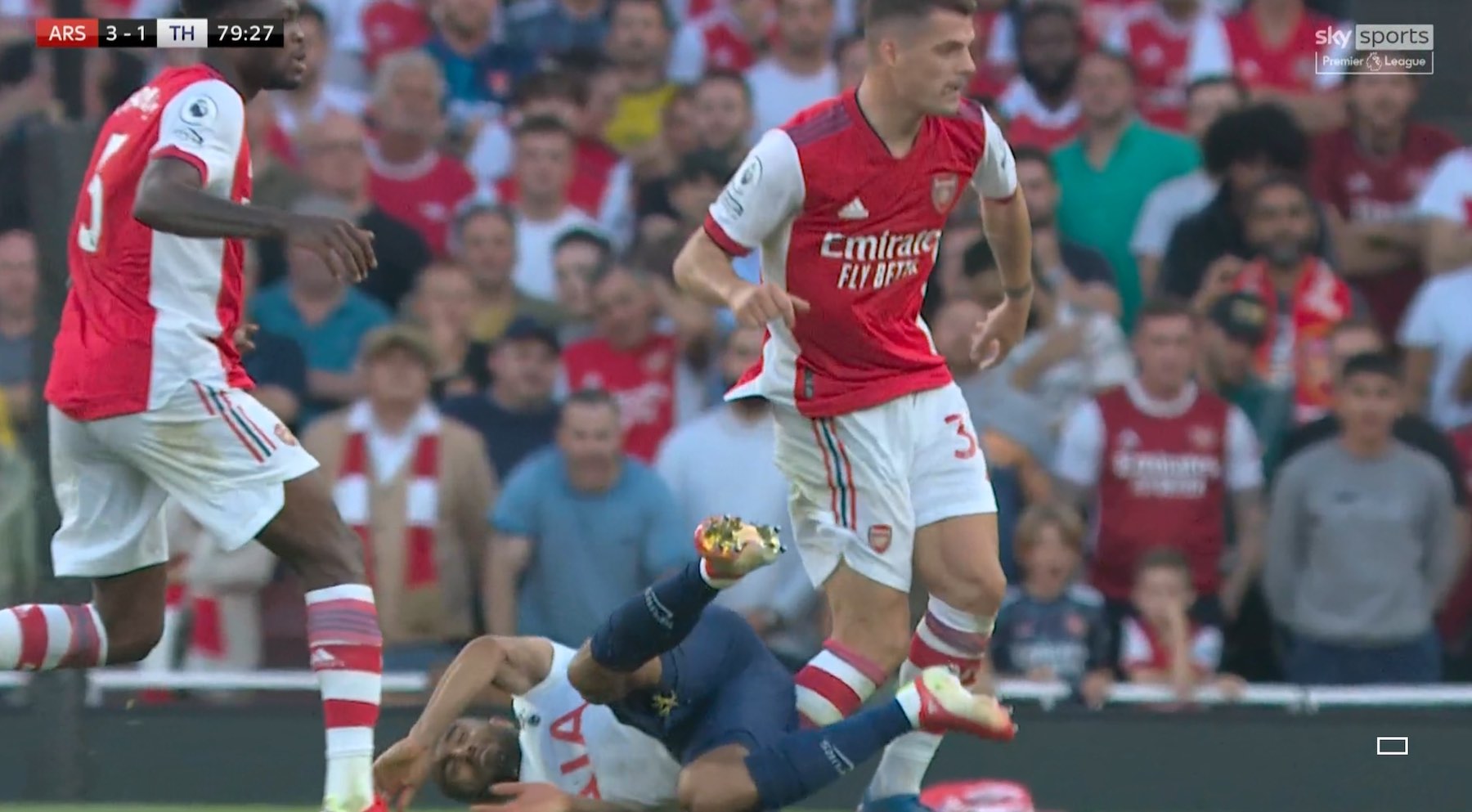 Initial reports say he’s avoided a cruciate injury, but nothing is 100% confirmed just yet so keep fingers crossed. Whatever you might think of Xhaka, what we want to do this season is best served by having as many players fit and available as possible. He had a couple of moments against Sp*rs, but in general played well and did his part in contributing to a win in which Harry Kane fell over then provided an inch-perfect assist for Bukayo Saka to score the third goal and Deli Alli got yanked at half-time.

Leaving aside the time frame for the moment, the question is what does Mikel Arteta do with his midfield in the absence of a player he uses a lot when he is available? Ultimately, I don’t think we’re looking for a one-size fits all solution, and it will likely depend on what he expects from the opposition.

Against Burnley, we saw Thomas Partey deployed as the 6, with Emile Smith Rowe and Martin Odegaard ahead of him as two 8s, operating behind a front three. Some of the upcoming fixtures definitely lend themselves to that kind of formation, and I think it’s one many people were encouraged by and excited to see because it helped us get more attacking players on the pitch.

There will be games when he’ll prefer to have a partner for Partey, and that doesn’t mean we can’t be effective in an attacking sense. The derby is the perfect example where we played with a midfield two, lost one of those attacking players (Nicolas Pepe) but probably played our best football in quite some time, resulting in a 3-1 win in which Harry Kane fell over then provided an inch-perfect assist for Bukayo Saka to score the third goal, Deli Alli got yanked at half-time and their manager basically called himself an idiot for picking him in the first place.

What will be interesting is who gets the nod to play alongside Partey. New signing Albert Sambi Lokonga was brought on for Xhaka on Sunday, and I imagine most people would like to see him given the chance to play regularly and develop. He was Anderlecht captain at a young age, and while he’s definitely not the same style of player as Xhaka – which might require a bit of tinkering in how we progress the ball – he’s the one I’d be most keen to see.

After that, Arteta has Ainsley Maitland-Niles and Mohamed Elneny available to him, so he has options. The former would be a more interesting proposition for obvious reasons, but I still think there are some question marks over him in a central midfield role. Maybe some more playing time will help in that regard though. The good thing, I guess, is that our schedule isn’t quite as packed is it normally would be, so there’s more chance to rest players between games, and the ones who have to pick up the slack aren’t as likely to be as affected by fatigue or as susceptible to injury.

Finally for today, how nice to see David Seaman back around the club.

For those asking about the David Seaman pics at Colney. He’s been invited in by Per Mertesacker and has been doing some informal work at the training ground with U23s keepers and scholars. pic.twitter.com/iJEXsf9cJx

It’s quite funny to see certain pundits talk about how Arsenal need more ex-players involved when an ex-player is manager, an ex-player is Technical Director, and an ex-player is the Academy Manager. I suspect that’s more than most clubs in high level positions. Still, adding to that is no bad thing, even on an informal basis, there’s a lot young players can learn from someone who did so much for club and country, and who knows what it’s all about.

Right, I have to leave it there. It’s a hectic week for all kinds of ‘off-field’ reasons, but we’ll keep you in touch with any breaking news over on Arseblog News.

For some extra reading this morning, Lewis’ latest Tactics Column looks at the role the Hale End boys played in the 3-1 derby win in which Harry Kane fell over then provided an inch-perfect assist for Bukayo Saka to score the third goal, Deli Alli got yanked at half-time, their manager basically called himself an idiot for picking him in the first place, and which saw us go above them in the table despite them being top after three games.