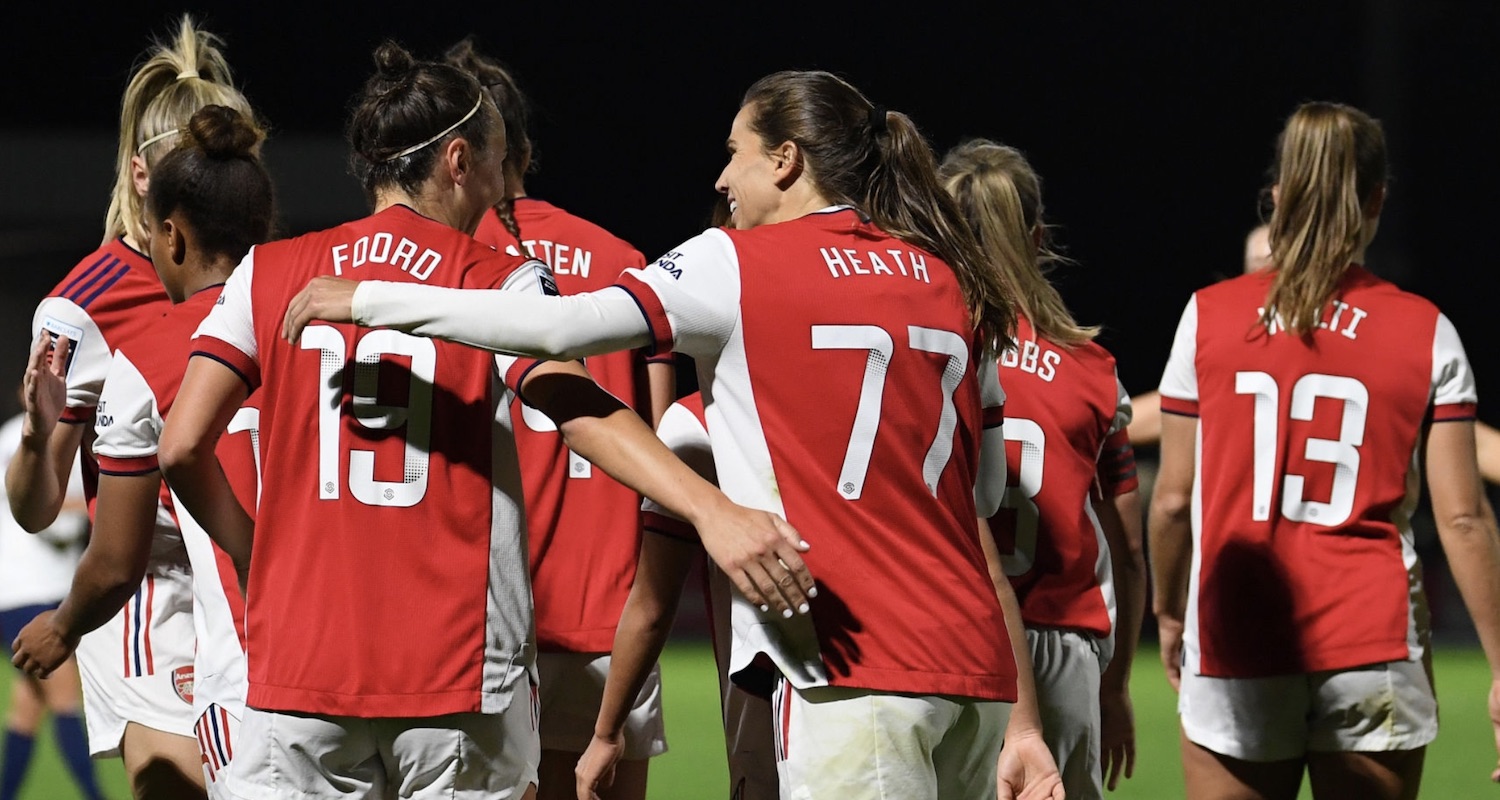 I’m not sure if you’re aware of this, but it has come to light that Tottenham get battered, everywhere they go. It doesn’t matter where they go, how they get there, or how long they stay, they get absolutely battered. Everywhere. It’s quite the thing.

We saw evidence of it on Sunday. Tottenham got battered when they went to the Emirates, Arsenal running out 3-1 winners in a game when Harry Kane fell over then provided an inch-perfect assist for Bukayo Saka to score the third goal, Deli Alli got yanked at half-time, their manager basically called himself an idiot for picking him in the first place, which saw us go above them in the table despite them being top after three games, and they scored a pointless goal that only three of their fans saw and two of them were those lads who film themselves reacting to every bit of misery that that football so regularly inflicts upon them. It’s an entirely new genre called ‘sado-masochistic video selfies’ – expect a Christopher Nolan film version soon with Christian Bale playing both of them but you won’t be able to hear a word of their dialogue because of a deep bass sound that runs underneath everything at top volume (some say that is noise of Arsenal’s shadow looming over them).

Anyway, last night the Tottenham Women went to Meadow Park to play Arsenal in the FA Cup and despite taking an early lead ended up losing 5-1 thanks to goals from Caitlin Food, Mana Iwabuchi, Lotte Wubben-Moy and Nikita Parris. Everywhere they go.

It means Arsenal are in the semi-finals, and afterwards coach Jonas Eidevall said his team can get even better:

It’s a frightening thought, right, because it feels like we are scoring a lot at the moment and we look so threatening in attack but we can be better still and the results are excellent and the way we look in attack sometimes, I still think there are areas where we can improve.

It adds to the hugely impressive start he’s made to the job since replacing Joe Montemurro. This team is really flying right now, and if you’re looking for more info on how to follow the Arsenal Women, Tim has done a comprehensive piece over on Arseblog News with all the info you need. Also, with a bit of hindsight, it’s interesting to read this report from a few months ago about the plans for the team.

Meanwhile, Granit Xhaka’s injury was confirmed by the club yesterday, and the midfielder has suffered medial ligament damage which will keep him out for a period of three months – a bit longer than first reported. As I said yesterday, we’re better served with as many fit and healthy players as possible, even if Xhaka is someone who tests my patience from time to time. It’ll be interesting to see if he is imbued with some of that special sauce which makes a player’s reputation better when they’re out injured (I think it’s called Oxlade-Chamberlain or something).

I do hope that Mikel Arteta resists the urge to be too clever when he thinks about his team without Xhaka. Whether we like it or not, he views him as fairly fundamental, and I think how he deals with situations like this is an area where he can do better. Last season when Kieran Tierney was injured, he got it wrong by using Xhaka himself as left-back, so hopefully it’s something he’s learned from. There’s no question his team will be different without him, but as I wrote yesterday, he has options, both in terms of personnel and system.

The obvious replacement is Albert Sambi Lokonga, who has been talking about his arrival at Arsenal:

I took a while talking with the coach and the sports director (Edu), and it gradually became obvious to me. They were the ones who really gave me comfort in choosing this club. This is a legendary club. Of course, there is the reality of the moment, but there is also all the weight of history behind it.

I also thought this little snippet was interesting, when he was asked about the 5-0 defeat to Man City:

“You’re going to tell me it’s a stock answer, but I think that it’s when things are tough that you strengthen the links in a team, in a group of staff.

“Here, now, we are all looking in the same direction. We all want to sail the boat forward. We know we need to progress still. We especially need to be meaner”.

It does kinda tie in with what Arteta said/hinted at afterwards, and the sense that behind the scenes – rather than there being a chasm – everyone pulled together. I think we’ve seen evidence of that in the last three Premier League games, and hopefully it’s something we’ll continue to see as the season goes on. From adversity comes unity, and all that, but they have to keep going, it can’t just be about the build-up to a derby. It has to be an every day thing.

Right, that’s just about that for this morning. I will point you in the direction of Soundcloud where you can listen to and download the Ian Wright “It’s a great day” jingle from Monday’s Arsecast Extra. Lots of you were asking for it, so there you go!

Back tomorrow with more on the blog, and a brand new Arsecast. Until then, take it easy.