Home Arseblog, the arsenal blog All change for the Carabao Cup? 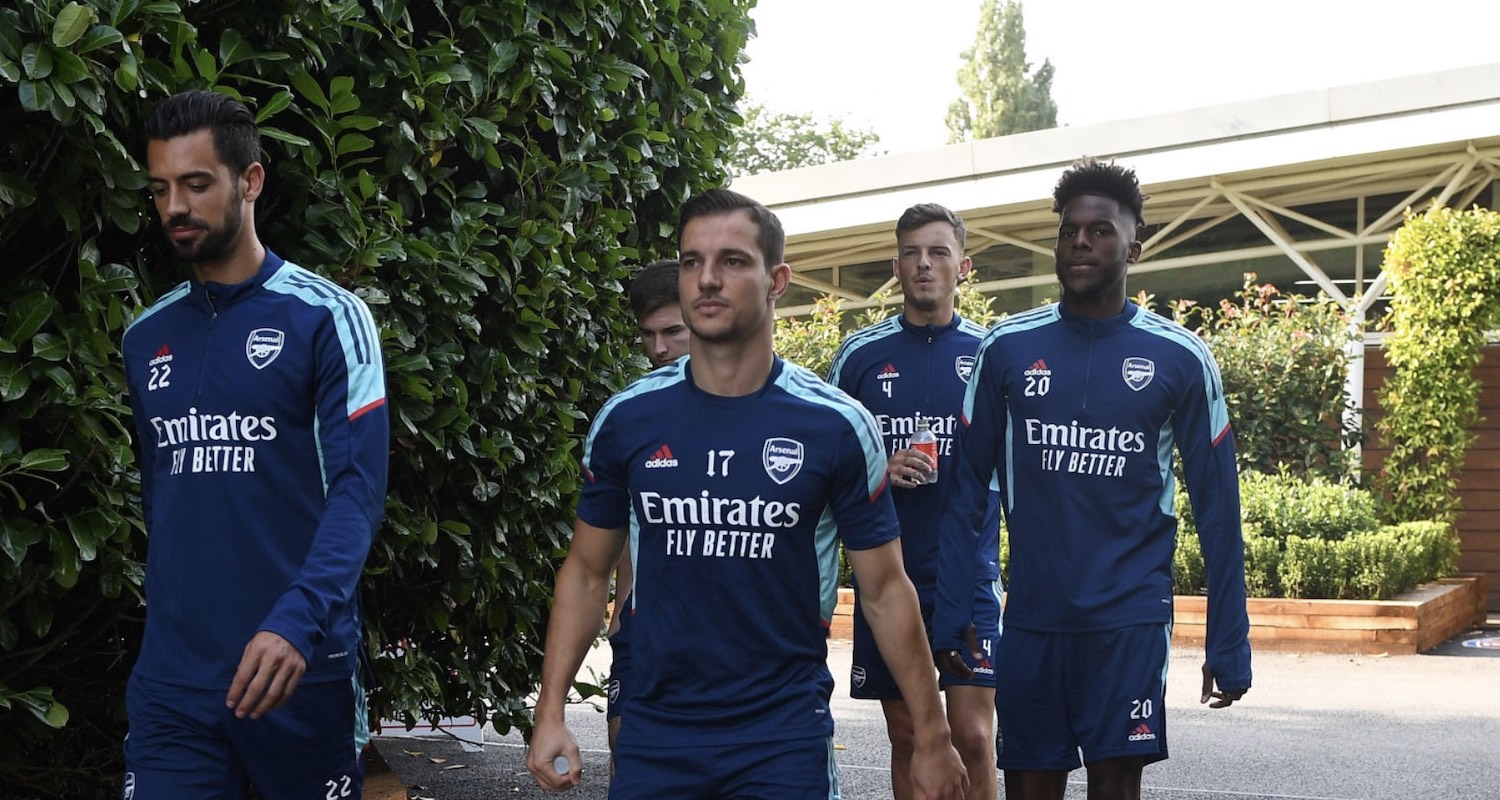 Arsenal take on AFC Wimbledon in the Carabao Cup tonight, and for Mikel Arteta it’s a chance to rotate ahead of the North London derby on Sunday.

Speaking about the potential for changes this evening, he said:

“I hope that I can put out the strongest team I can. That means that the players have performed really well and then give a really strong performance and this is what we want to do.”

Despite the increased importance of this competition due to the lack of Europe this season (we only have three trophies to play for, not four, so no quadruple this year folks!), Sunday is by some distance the most important fixture of the week. So, there’s no need to risk anyone this evening. For example, Thomas Partey and Kieran Tierney went off with cramp/fatigue issues at Burnley, the best thing to do is rest them up and make sure they’re fresh and ready for the weekend.

In fact, I wouldn’t be surprised to see an entirely changed team from the one that beat Burnley. We could field something like: Leno, Cedric, Holding, Mari, Tavares, Sambi, Maitland-Niles, Lacazette, Martinelli, Balogun, Nketiah.

I have Lacazette in that attacking midfield role rather than up front just to make up the numbers, because there’s no obvious ‘second choice’ to Odegaard and Smith Rowe who are important for the first team. I suppose you could do something like squeeze Calum Chambers into midfield, Mo Elneny is back in training so maybe he could play, or you give youngster Charlie Patino a start, but in theory we could replace all 11 starters from Turf Moor, and to be perfectly honest, I’d be fine with that.

I’m all for building some momentum, and obviously I want us to win every game we play, but it’s impossible to look beyond this one and not see the derby looming on the horizon. That has to inform team selection, but at the same time, a lot of these guys have barely played this season, so – as I wrote last week at some point – Arteta has to give them some playing time or he’s going to end up with some quite disgruntled players on his hands.

Lacazette, for example, has just 54 minutes of playing time this season. There was the Covid issue, then circumstances of the two post-Interlull games meant he wasn’t needed, but he’ll be itching to play. Given he’s in the last year of his contract with no sign of any renewal being on the table, I don’t think we should worry too much about how often he plays or doesn’t play this season, but it matters much more for someone like Gabriel Martinelli whose future will be here and has to get more minutes to develop the way we’d like. A balancing act for the manager, and games like tonight’s give him a chance to keep some players fresh, as well as provide an opportunity for those out to impress and push for more action in the Premier League.

Anyway, let’s see what happens, or … to put it another way … let’s hope we can see what happens, because I’m not sure there’s going to be much in the way of coverage for this one. Checking around the various websites which show you which game is being broadcast on which channel – and where – there isn’t a single listing yet for Arsenal v AFC Wimbledon. The upshot of that is that the streams that some people use to watch games are based off that *cough* ‘legal’ coverage, so this could well be a struggle later on.

I can see the official website are doing audio commentary, but let’s keep fingers crossed that there’s something that hasn’t been scheduled yet – although TV channels usually have all this planned out weeks in advance so it’d be a surprise. If there’s no coverage, I hope the official site can at least get some highlights up, or perhaps we’ll have that really old fashioned thing of seeing the goals in a brief clip on Sky Sports News (that’d feel like a real throwback).

Before we go, I did like the scenes at the end of the Burnley game, with the players and fans interacting in a really positive way, and after the fractious start to the season that was good to see. Obviously we have a long way to go, and a lot still to do, but it was nice to hear the manager acknowledge it:

“I felt there was some connection building and I think they realise what they have done, and the players have to show that appreciation and gratitude like that did.

“That only brings more cohesion, more connection and more relationships, closer relationships and that will strengthen the team for sure.”

There have been 48000+ tickets sold for tonight too, which is promising for a game at this stage of this competition against lower league opposition, and any little thing that helps this team make progress can only be welcomed. What they do on the pitch is the key driver though, so it’s mostly in their hands. Safe driving tonight lads, before putting the pedal to the metal and ploughing down a bunch of cockerels on Sunday.

Right, that’s your lot for this morning. If I can find a stream I’ll live blog the game later, if not, more tomorrow.

Arsenal 3-0 AFC Wimbledon: Observations from inside the Emirates