Home Arseblog, the arsenal blog Arsenal 3-0 AFC Wimbledon: Observations from inside the Emirates 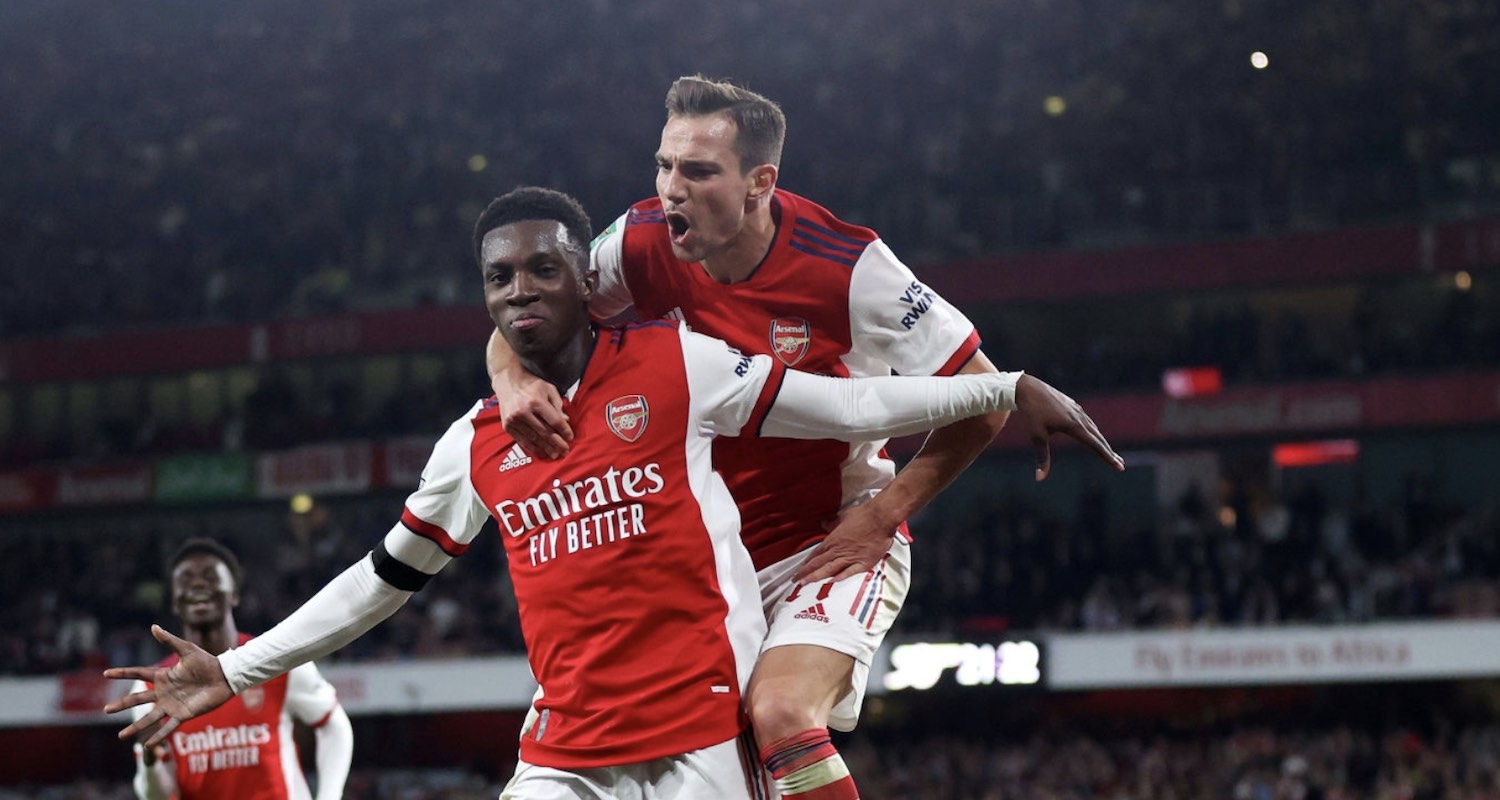 Morning, a very quick update from me this morning, because beyond some grainy footage of the goals that people recorded off their TVs (it was the Sky Sports News thing!), I didn’t see any of last night’s game.

For the first time in as long as I can remember, there wasn’t a single legal broadcast of the game and the consequence of that is that there wasn’t a single stream to be found anywhere. Perhaps it’s just this competition, and this round of it in particular, but was a real throwback not to be able to see it. Not a good throwback either. I know there was audio commentary from the official site, but I kept up with what was happening via Twitter updates from those inside the ground.

There was a stream from someone inside the ground, and fair play to that man, he tried to do the online Arsenal community a service, but I just didn’t have it in me to watch a phone broadcast!

Anyway, the cliff notes are:

As long as we were 1-0 up, they were obviously still in the game and any situation like a set-piece, you can concede a goal, so we knew that we had to close the game down. We did that at the end and it looked comfortable, but it was always a tough game.

The approach is to perform and win every single match – that has to be the aim of this football club. To have 50,000 fans in the Carabao Cup on a Wednesday night is pretty special and it doesn’t happen in many places. The players notice that and obviously that raises the level of demands. They made the night more special.

So, another win, another clean sheet, a few goals scored, and attention will now turn to the North London derby where hopefully this little bit of momentum will do us some good.

Before that though, I’ll hand the rest of today’s blog over to Andrew Allen who was there last night, and can give us a bit more insight into what happened. Take it away, Andrew.

Given the number of new faces we’ve fielded recently, it was perhaps a little greedy to crave more debuts but I can’t have been the only one who was a little disappointed that there wasn’t room on the bench for a couple of the Academy up-and-comers. As a football fan, you’re always hoping for an “I was there when Cesc made his debut” moment and, realistically, unless we draw a minnow in the FA Cup, this was the last chance this side of Christmas for a Charlie Patino or Omari Hutchinson to make their mark. I totally understand the manager’s decision. In the short term, he needs to ensure that every one of the current 27-man squad feels as involved as possible. Judging by the substitutions in the second half, he also didn’t want to risk an untimely giant-killing.

After Lacazette’s early penalty, the more optimistic in the Emirates crowd might have hoped for the football and goals to start flowing. Unfortunately, the odd burst forward by Martinelli aside, we looked very stodgy in the final third. Lacazette’s touch was off and Eddie Nketiah, while lively in his pressing, looked a bit lost on the left of attack. Neither was helped by the lack of creativity behind. Ainsley Maitland-Niles and Sambi are no substitutes for the guile of Bukayo Saka, Emile Smith Rowe and Martin Odegaard and it showed. Aside from the goal we didn’t muster a shot on target before the break. Against League One opposition that was pretty lame. Things did improve after the break and credit to Nketiah who kept plugging away before finding the net with a very eye-catching finish.

Given his episode of cramp at Burnley and the impending visit of Sp*rs, it was definitely a surprise that Thomas Partey retained his place in the starting lineup. Obviously we feel he needs to be pushed on the fitness front rather than treated with kid gloves. Thankfully he came through his hour on the pitch unscathed and was able to boss the midfield without getting out of second gear. His passing was a little off in the early stages but as the opposition tired he found his rhythm. While others – I’m looking at you Sambi and you Nuno – hit ridiculously wayward shots from distance, Thomas did manage to sting the palms of the Dons’ keeper with a pinger from 20-yards before being subbed. He’s edging closer to that long-awaited first Arsenal goal.

After the game, Arteta said: “We believe the rhythm of matches is nothing like any training session. I think it was very beneficial for him.”

Expect to see him starting his third game of the week on Sunday.

Nuno what to do

Nuno Tavares rarely ventured forward in the early stages of the game as Arsenal focused most of their attacks down Martinelli’s right. After the break, it was a completely different story. With Ainsley Maitland-Niles instructed to cover, the Portuguese pretty much played as a winger and regularly positioned himself on the touchline in line with the last man. Time and time again, we looked to pick him out with raking diagonals and given his physique and pace he had no problem challenging in the air or racing in behind defenders.

At first sight, you’d be forgiven for thinking he’s right-footed. He absolutely loves to cut inside. But like a fast bowler trying to lure a batsman into a nick to the slips, he knows when to vary things. A couple of charges on the outside followed by cutbacks were Tierney-esque. He’s definitely an interesting player. Like a young Kolo Toure, he’s a rough diamond who brings a bit of chaos to proceedings.

Saka on the right

Standard caveat: yes, he was up against League One opposition, yes, they were knackered by the time he came on, yes, he only did it for 10 minutes or so, but Bukayo Saka in full flight on the right wing is a thing of beauty. Twice in the closing stages, he cut onto his left foot and unleashed fierce efforts. The first curled just wide, the second was tipped over for a corner. On a night where much of the football was pedestrian, he was the one to get me out of my seat. There’s a reason he was roared onto the pitch by the young crowd. They know a quality player when they see one.

Right that’s it. Back tomorrow with an Arsecast, and more.

All change for the Carabao Cup?