A quick Saturday round-up for you, beginning with some interesting comments from Mikel Arteta about this season, who said:

“The best thing has been to keep the team, the staff, the employees and everybody together in those circumstances when you’re not winning and there is so many people, some inside, some outside, that are trying to hurt.

“To keep them together, to block that and to be so strong, I think that’s some achievement. Normally when that happens, things crack and everything falls. And it didn’t.”

He gave a very short “No” to a follow up question about whether the people inside who were trying to hurt were still there. I don’t think you need to be a genius to work out who he’s talking about, and if that’s the level of behaviour he felt was going on, it goes some way to explaining some of the decisions he and the club made this season and in January.

It’s not the first time he has mentioned internal issues which have needed to be dealt with, and earlier in the season he was quite vexed about training ground leaks. In the last year we’ve appointed a corporate lawyer to the board, pretty quickly dispensed with the services of the Head of Football who, regardless of your opinion of him, was heavily involved in transfers and contract negotiations with players. This happened just a couple of weeks before the window closed too.

We had a bloated squad with too many central defenders (Holding, Sokratis, Mustafi, Luiz, Mari, Gabriel, Mavropanos, Saliba, and Chambers – even if he has played at right back); players whose time at the club is coming to a natural end; players whose time at the club needs to come an end anyway; and a plethora of contractual situations to sort out.

It’s interesting, because in a season like this, you could easily understand how squad unity and their belief in the manager would be tested. I think Arteta has got plenty wrong, not least the Xhaka at left-back thing which I firmly believe cost us a place in the Europa League final. Which isn’t pinning it on Xhaka, by the way, I just think it was an overly-complicated solution to a relatively simple problem. Nevertheless, despite going out of Europe and under-performing in the league, I don’t get the sense the players have lost faith or that Arteta has lost the dressing room.

This summer requires Arteta, Edu and the newly appointed Head of Football Operations, Richard Garlick, to deal with so many things. We all know what they are, so there’s no point listing them again, but come the start of the new season we need a smaller, tighter squad. This is the summer when, as much as possible in the current climate, Arteta can put his own stamp on the team by who he lets go and who he recruits. He won’t have to deal with hangovers from previous eras, people who have been comfortable for too long and don’t like being challenged, or other legacy issues.

Then it’s all on him, and what he produces on the pitch with the players he’s got. There are no hiding places, and while there will always be issues at a football club and situations you don’t anticipate having to deal with, a lot of what’s happened this season behind the scenes has been about cleaning up what was perceived as a mess others left behind. If that’s done, the focus then is fully on him.

Speaking of recruitment, Arteta sounded confident of his ability to sell Arsenal and his project to prospective targets. It could be a tough one, in that we may have no European football at all, and even if we do nobody is coming to play in the Europa Conference TDK C-90 InkJet ZX Spectrum (48k) Universal Remote Control Laser Pen Nokia 3110 League to play against Borussia Trev’s Autoshop. There’s no question that over the last few years our reputation and stature has taken a bit of a hit. Arsenal is still a big club, but there are bigger ones right now who can offer better on and off the pitch.

It’s something he basically acknowledged, referencing the time it might take, saying:

“I’d need an hour to do that but I think I could convince them!

“And we have been able to convince them to come here rather than somewhere else. I think just looking at this badge, the history and who we are, that should be enough.

“If they need something else, we are prepared to do that.” 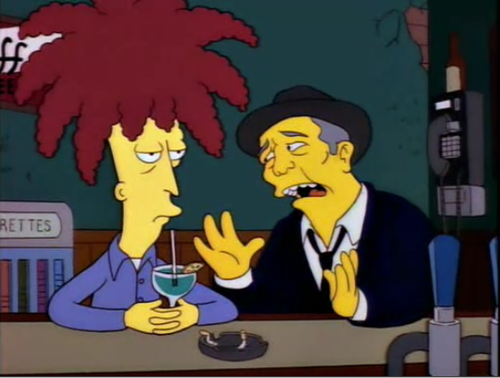 As yet we don’t know what our budget is, how much we’ve got spend, whether there will be financial support from the owners (although I strongly, strongly advise not holding your breath on that one), and how much we might be able to generate via sales. So, if we do bring in some players of the level we’d all like to see, Arteta’s powers of persuasion will certainly be tested.

Right, that’s it for this morning. There’s a Brighton preview podcast available now for Patreon Members, although there’s a scant amount of previewing in it. Lewis and I chat about positives and negatives of the season, and you can get it here. Instant access if you want to sign up and get all the other content too.

Back tomorrow for the final day of the season. Until then, take it easy.