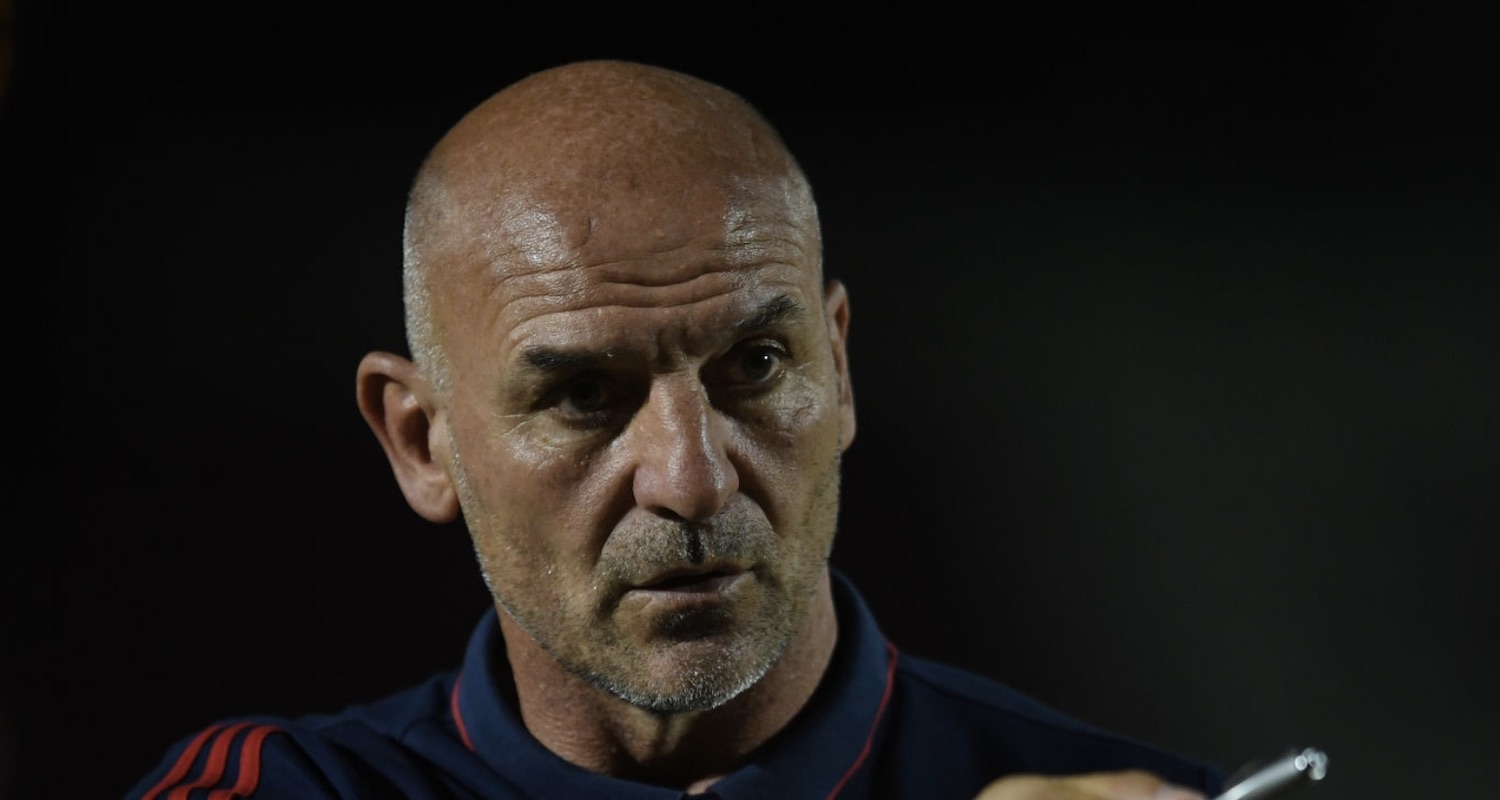 It’s the final day of the season, and I would like to say in advance: good riddance. I won’t remember this season or this last year with any fondness, so I’m really quite happy to get it over with and see the back of it.

Personally, I don’t want us to be in that piss-weak European competition next season, so here’s what I hope for today.

That way, we finish the season ahead of the old enemy, we finish with a win and three points, and Everton can do the Europa Conference Ballygowan Reusable Coffee Cup Microfibre Cloth Bendy Lamp Lever Arch File Swiss Army Knife Bag of old Football Shirts League.

It’s not likely though. Sp*rs play Leicester and will probably bottle it because that’s what they do; and even though Man City have a Champions League final to worry about next week, Pep will play his strongest possible squad against Everton and when he gets a penalty Sergio Aguero will bury it top corner instead of clipping a crappy Panenka into the keeper’s hands.

As for the team Mikel Arteta picks today, I’m really struggling to care one way or the other. The 60 minutes between the team being announced on Twitter and kick-off has become this space of intense anger and discussion – something I try and avoid at all costs because life is genuinely too short for that nonsense – but I’ll definitely go out in the fresh air today after the line-up is announced.

Give time to players who will be with us next season? Great.

Give a few minutes to players to play for the club for the final time? Go for it.

Put one or two in the mythical ‘shop window’, fine.

But let’s be honest, there aren’t enough people stupid enough to make a multi-million pound deal for a player based on what he did on the final day of the season when they can, you know, just look at what he did – or didn’t do – all season long.

The one thing I am looking forward to is the return of fans, at long last. That will be good. There are protests planned before the game, details here, but at the heart of that message is support for the team. I know that’s somewhat incongruous with the season we’ve just had, but I do think it’s important. The issue is the ownership, keep it focused on them.

I did see there was a Fan’s Forum meeting during the week, and Josh Kroenke attended (by Zoom). I think the issue of representation at board level was brought up, and wasn’t completely shot down (I think they said they’d think about it), but as other clubs make a point of including fans, we got a commitment from Josh to attend at least one Fan’s Forum event per year. I accept we don’t have all the details, and there may be more to it, but the way it’s presented comes across as a nice pat on the head and away you go. They can’t even pretend to engage, so the idea that these leopards will change their spots is far-fetched.

Again, let me make one thing clear: I don’t think fan involvement is a panacea to all our issues. I want the owners to appoint the best people possible to run the club, whether they are Arsenal fans or not, but given everything that’s happened in the last couple of months, to promise to attend a meeting once every 365 days isn’t going to convince anyone you give more than a tiny little shit one way or the other.

Elsewhere, it’s reported that Steve Bould has been sacked as U23’s coach. I don’t have any problem with change in this area, if his time was up, his time was up. That’s football, and nobody understands that better than someone who has been in the game as long as he has.

However, I do wish it had been done differently. How hard would it have been to make an announcement that at the end of the season he would be leaving, and we’d be bringing someone else in? After a 30+ year association with Arsenal, it does feel like we could have done this better. This is no slight whatsoever on my friends who broke the story in The Athletic, but another example of how Arsenal really need to get on top of things and communicate better.

It’s also quite irritating to see so many people on social media slagging off a man who has given so much to this club. There are people gushing about David Luiz leaving because he’s a very nice man, and criticising Steve Bould because the U23s haven’t won enough games this season. Do me a favour. Luiz is a very nice man, and he will be missed by his colleagues and the young players he has helped during his time here. Fair play to him for that, and good luck to him wherever he goes. He’s hardly had 50 appearances for Arsenal though, and many of them were barely above indifferent.

Steve Bould won the league at Anfield in 1989; was part of the team that won our last European trophy; won the double in 97-98; and was a member of that famous back four that remains legendary in the history of this club. I think he was a really underrated player too. Tony Adams was more vocal, Martin Keown more noticeable because of how he played, but if you asked me to pick one of them to play alongside, it would have been Bouldie. A real defender, hard as nails, who just got on with the job week in, week out. Put him back in his prime right now, and he’d walk into this team as its best centre-half by a country mile.

Again, I have no issue with Arsenal making a change to the U23 coach. I do have a problem with a genuine club legend being slagged off by people who have no real understanding of what he did as a player … or a coach.

Good luck Steve Bould, and thanks for everything.

Right, as always we’ll have a live blog for you later, and all the post-game stuff on Arseblog News.