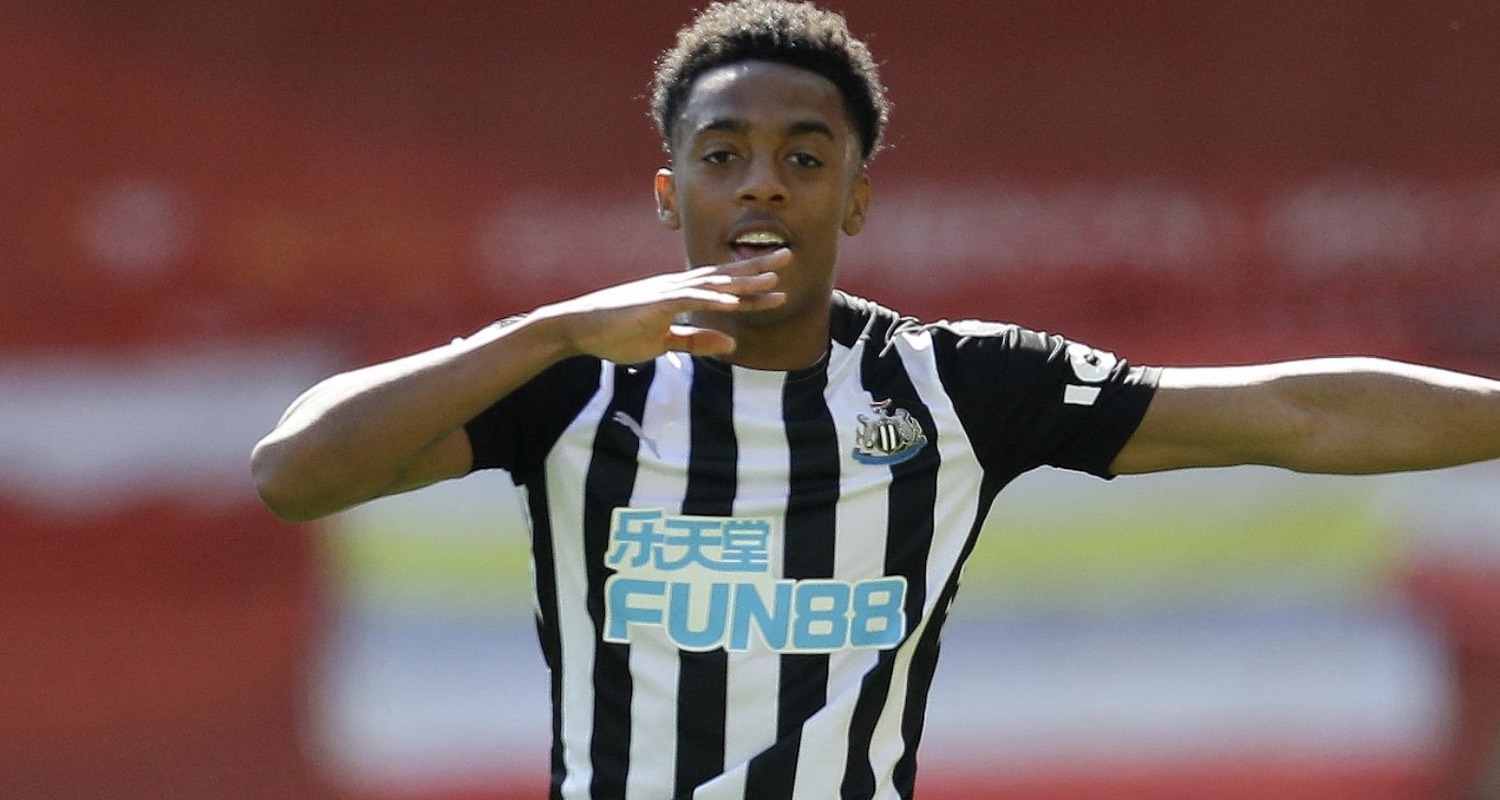 Oh God. Jameson’s Black Barrel – how are you empty? Argh.

Yesterday, after Joe Willock scored an injury time equaliser for Newcastle against Liverpool which left Jurgen Klopp looking like a man who has come home to find all his children have painted the furniture with an industrial sized bucket of Tippex, I Tweeted a ‘hot’ take about the on-loan midfielder.

The loan spell is going well. Interested to see what happens with him in the summer.

As ever, there were many replies who took this at face value, and who engaged with it in a reasonable, respectful manner. I enjoy those interactions, and thankfully they are the vast majority. But, then came the rage Tweeters. You know the ones.

If you say ‘It’s a nice day’, they will reply, “Oh, so you think it’s nice do you? That just demonstrates your lack of ambition. As long as people like you let Mother Nature away with shit like this, calling it a nice day when in fact it’s not that nice at all, we’ll never get the weather we want.”

Or if you said, “I like dogs”, there will be a slew of angry replies explaining why dogs aren’t that great and why, in fact, you are an idiot for enjoying the company of a creature which can lick its own balls at any moment but, for the most part, chooses not to.

It’s not even the anger, to be honest. If you want to spend your day being absolutely furious about everything, go for it. Be my guest. Maybe you have every reason to be bitter and annoyed because of, you know, the shit-show the world is right now, politics, football, social injustice and inequality (although I would imagine there’s a Venn diagram of angry Twitter people and people who care about those things which doesn’t intersect to any significant degree).

By all means vent your frustration at something I say, but it’s the way other things are added onto it that’s a bit mental.

“Interested to see what happens to him in the summer.”

“Oh! So you’re saying Joe Willock is the man to single-handedly save Arsenal’s midfield are you? Well, let me tell you …” – and then you’re thankful that there is a character limit on Twitter.

“OH HE SCORES GOALS DOES HE? WELL IF YOU THINK THE SOLUTION TO ALL OF OUR PROBLEMS ON AND OFF THE PITCH IS JOE WILLOCK SCORING THE ODD GOAL THEN YOU DON’T KNOW A THING ABOUT FOOTBALL.”

“Arsenal don’t have any goalscoring midfielders”

“Yeah, that’s what Kroenke wants you puppet. He won’t spend any money on new players if he thinks Willock could do a job in the squad.”

It must be amazing to have a mind like that. Imagine the possibilities: you go to the cinema, you see a bad film, with a dreadful ending as the lead actor delivers a wooden monologue. You could just invent your own ending to be whatever you want and you get superb value for money. I bet they don’t do that though. Not when it actually counts. Not when it could be useful.

“Oh sure, why don’t we build our entire team around him and see what happens? In fact, let’s only play Joe Willock and not select anyone else. Let’s see how successful your big idea is then.”

I dunno. It must be tiring being that angry all the time, but being incandescent with rage over stuff someone doesn’t say is surely exhausting.

“So you’re saying evening is shit and you want to kill anyone who enjoys the latter part of the day? You make me sick.”

In 78 Arsenal appearances Joe Willock has scored 11 goals, while Granit Xhaka has scored 13 in 216 appearances. So, I think it’s clear that what I’m saying is that Joe Willock will be the man to single-handedly transform this team into title winners next season, before he drives us to Champions League glory in the next campaign, and then gets sold to Real Barcelona after their post Super League fiasco merger the following year.

“Sunday? You know bugger all about days. It’s obvious that Thursday is the best day and you weekend parasites are a stain on humanity.”