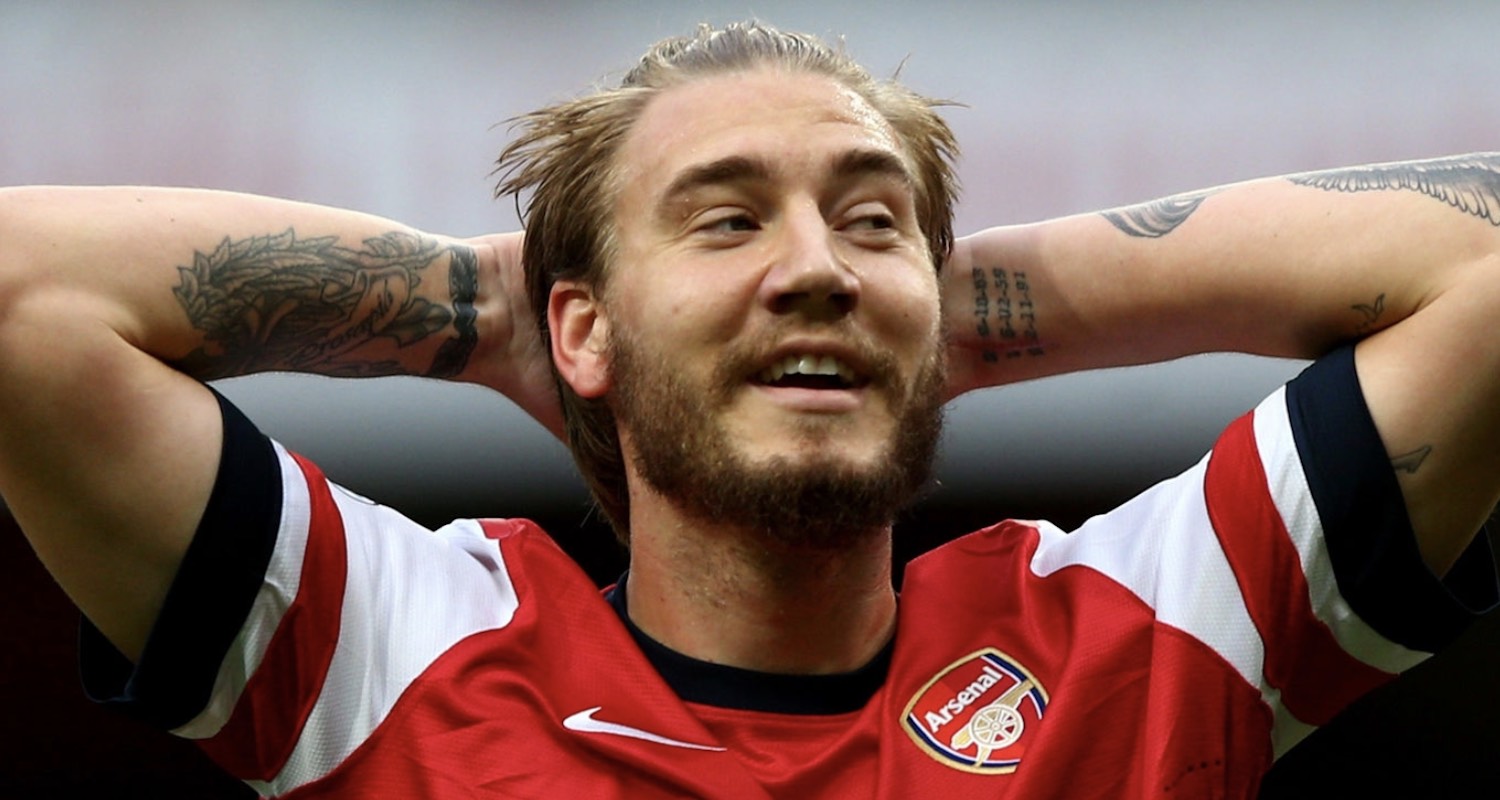 As an add-on to yesterday’s Arsecast with Nicklas Bendtner, I’d really recommend his interview with the always superb Donald McRae in the Guardian. The headline tells you plenty: ‘I became too fond of the lifestyle that came with the money‘.

For me, when reading the book, it was the thing that jumped out at me most. Not that it should be any surprise to anyone that he liked to party, but even so I was a bit taken aback at times at just how much alcohol was a consistent factor in his life. From an early age, as soon as the money started to come, so did the drinking, the nightclubs, the friends and the hangers-on who always float around people who are happy to spend their own money on a good time. There’s a lot of detail in the book – perhaps a bit too much for my taste about the ladies in his life but that’s just a personal thing and to be fair, it’s fairly on-brand for Bendtner.

It’s difficult to read it and not think about his career and how it played out. It’s a constant theme throughout his time at almost all the clubs he’s at. His first loan to Birmingham City, his time at Arsenal, at Sunderland, and beyond, and the connection between the drinking and the fact he didn’t fulfill his potential is impossible to ignore. There were people who tried to steer him on the right path, Steve Bruce during that loan spell when he was Birmingham manager was one; Arsene Wenger to an extent; but it’s very tough for some young men, now ridiculously rich, to rein in the good times.

I know some people will say ‘That’s his own choice, he made a mess of a chance that we’d give our right arm, so tough shit’, and that’s not unreasonable. He spent more money than most of us will ever earn, so it’s not easy to be sympathetic, but I never found myself thinking that when reading the book. I can’t quite explain it, but he doesn’t seek sympathy for one thing. I was also slightly fascinated by the ability to know something is ‘wrong’ – in terms of lifestyle etc – and just going and doing it anyway.

When you read it, it goes some way to shattering the illusions we have – or like to have – about how professional footballers live. Not all footballers etc etc, but there’s a lot of money, a lot of temptation, a lot of of enjoyment to be had because of all that. So, while there are those who live on the straight and narrow, who do their utmost to be at their physical peak throughout the season or their careers, there are probably more than we realise living in a way which we don’t view as compatible with the demands of Premier League football. Occasionally stories come out, we see them in the tabloids, but football clubs, agents, managers, and so on, often move heaven and earth to keep things quiet.

Underneath it all though is a kind of innocence … I think that’s the wrong word, to be honest … perhaps naivety is better. Bendtner was generous, he spent his money on other people as much as he did himself. There were people very close to him – he mentions his Dad in particular – who really didn’t have his best interests at heart because he was bank-rolling them too. And when your life is being played out in public gaze in the newspapers, front pages and back – even bearing in mind your own responsibility in some of it – it’s got to be hard to cope with at what is still a pretty young, formative age.

I didn’t come away from this book thinking ‘That Bendtner bloke is a dickhead’, I liked him more. The same with the interview for the podcast. I’ve done plenty of them down the years, with some high profile people, but I was nervous about this one because I wasn’t sure exactly who I was going to talk to. I really enjoyed the conversation, he came across a very open, very nice guy, and while part of that might be doing the rounds promoting a book, you can sense when someone is genuine or otherwise, and to me he absolutely was.

These days, it feels like there’s little room for nuance in the opinions we have, but two things can be true. You can feel like Nicklas Bendtner didn’t make the most of his talent or the chances he had in football because of his own behaviour and his lifestyle, while at the same time liking the man himself and having some sympathy for some of the issues he had during his career and his life. There’s an undercurrent of sadness that’s inescapable. For me, at least.

I have to say that the co-author, Rune Skyum-Nielsen, has done an excellent job of capturing Bendtner’s ‘voice’ if you like. Many football biographies have a ghost writer, but too often they sound like a writer trying to squeeze in zany anecdote after zany anecdote, and that’s not the case with this book. It is unflinchingly Nicklas Bendtner, from start to finish, and that might to be too much for some people, I suppose, but it gave it all that extra bit of authenticity.

If you haven’t had a chance yet to listen to the podcast, all the links you need are below. The book is available from your local independent bookshop who now, more than ever, need your business. The South American river tax-dodgers certainly don’t, so if you can get it on the high street or the small business close to you, please try. More from me tomorrow, until then.

Recovering, new chaps get ready for the weekend, and other stuff