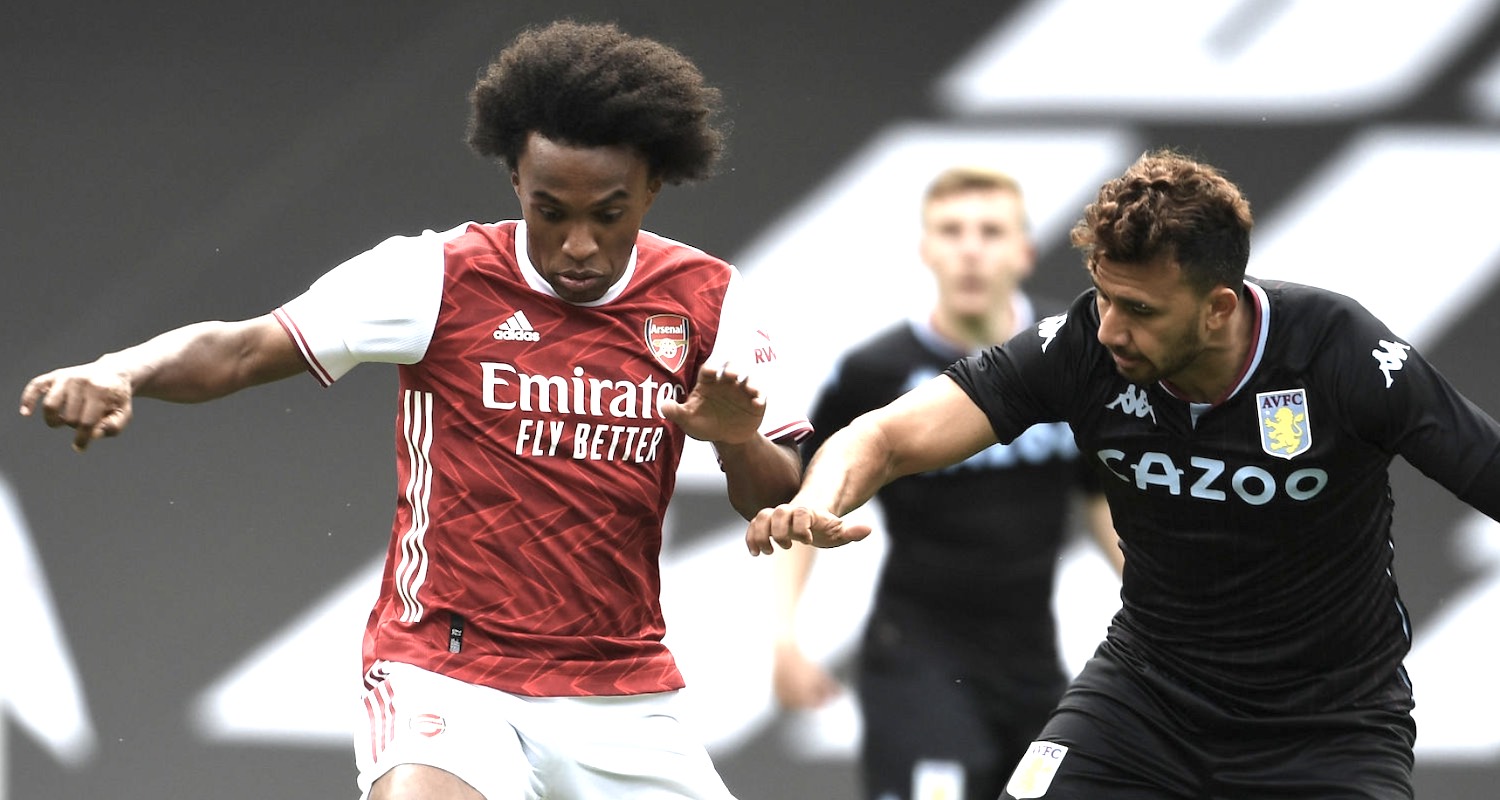 Morning all. A very quick Sunday round-up for you.

We played a behind closed doors friendly with Aston Villa yesterday and lost 3-2. Pierre-Emerick Aubameyang scored both of our goals, one from the penalty spot. Douglas Luiz (a player I think I remember us being linked to in the last few months) got one for the visitors, and Jacob Ramsey, a 19 year old midfielder, scored twice for Villa. Beyond that, we know very little, but there were some things we can definitely look at this morning.

Dani Ceballos played. It had been thought that because he was coming from Spain, a country not on the travel corridor exemption lane highway thingy, he’d have to quarantine for 14 days. Turns out because he’s been part of an ‘Elite Sports Organisation’ (Real Madrid), this doesn’t apply to him. This is also why players who go away on international duty can come back without the same restriction – but obviously there’s testing and stuff because the so-called ‘international bubbles’ aren’t any kind of protection.

Anyway, the upshot of that is that he’ll be available for selection for the first weekend of the Premier League season when we take on Fulham, which is obviously good. The more the merrier and all that. It also means that potential new signings, if and when we make any, will be similarly exempt assuming they’re coming from another top flight football club. I don’t quite know why this didn’t seem to apply to Gabriel, who was definitely kept separate as his welcome video clearly demonstrated – but I’m not sure it’s hugely important at this stage.

Nicolas Pepe and Alexandre Lacazette got their first pre-season minutes, and there was a first Arsenal outing for Willian. Quite where he played, and for how long, is unclear. That’s one of the things I’m very curious to see as we get underway. Where exactly does Mikel Arteta see him slotting into this team? He’s not going to take Pepe’s place on the right, long-term anyway; if he plays from the left it means shifting Aubameyang in the middle – something I’d have no objection to at all but also something the manager has been reluctant to do. He’s not going to play in a midfield two, so if there’s an extra man in there does it mean we’ll be using a back four? It’s kind of odd to think there’s much to consider about a 32 year old free signing, but there you go.

Rob Holding played, which suggests his loan move to Newcastle is still some way away from being completed, if it is to be completed at all. Similarly, Hector Bellerin’s presence means he’s not on the verge of a move to PSG or anywhere else. There were also some minutes for Mesut Ozil, his first involvement since the lockdown ended, but let’s wait and see how he’s used when the season starts before making any definitive judgements on that.

Apparently we have one more game in midweek before Saturday, but again this will be about trying to get the players as physically ready as possible, and I suppose that with Fulham in mind, Mikel Arteta will be trying to put in place some kind of game plan or tactical set-up for that one. Back three or back four? How to balance the midfield? Who starts up front when some of the players are only a week into pre-season training? It’s going to be a bit of a balancing act in these first weeks until everybody is to speed.

The result isn’t a big deal. Perhaps some might worry that in two games against QPR and Villa we’ve conceded six times, but among all the senior players getting some fitness into them before the season starts have been a clutch of young players, so it’s impossible to know how much of a factor that has been. We also haven’t seen any of the footage, so there’s no context for anything that’s happened. If your social media timeline is full of people overreacting to a pre-season friendly that doesn’t matter and that nobody has even seen, I suggest a thorough cull on your follow list.

Right, that’s your lot for this morning. Have a nice Sunday, I’ll be back tomorrow with more on the blog, and an Arsecast Extra with James, of course – and after that we’ll start the prep and preview for a brand new season.