Arsenal have won a record 13 FA Cups in their history. Some of those finals have birthed the most memorable and breathless moments in the Gunners history. Alan Sunderland’s perm bouncing perfectly in the sunlight in the legendary “5-minute final” of 1979. Andy Linighan scrambling a header over Sheffield Wednesday’s goal-line in the 120th minute of the 1993 Final replay.

Patrick Vieira slamming the ball past Roy Carroll with his final touch in an Arsenal shirt in Cardiff in 2005, the last trophy the club would win until 2014 when Aaron Ramsey’s first-time finish gifted the club its first silverware in nine years. Arsenal’s history is bound up with the world’s most famous cup competition, but few cups were harder earned than the first one in 1930.

When Herbert Chapman was appointed as Arsenal manager in 1925, he famously said it would take him around five years before his plans would really bear fruit. Reaching the final in 1930 seems like the perfect culmination of Chapman’s prophesy in hindsight, but the reality was slightly different. It’s true that Chapman needed time and the right players to fully embed the revolutionary WM formation.

He also needed money to finance the rebuild and Henry Norris’ lifetime suspension from football for financial irregularities in 1929 helped his cause. Without Norris’ watchful, monocle-clad eye on proceedings, Chapman was given greater autonomy to effectively run the football club, a power the new chairman Samuel Hill-Wood was only too happy to grant him.

Chapman already had the two attacking pillars of his team in place by 1930, as Alex James and Cliff Bastin’s partnership flowered. Arsenal did experience a significant bump in the road in 1927, when they qualified for their first ever major final. Incidentally, the 1927 Final was the first to be broadcast by the BBC on the radio and was the first to feature the now traditional pre-match hymn ‘Abide With Me’.

The Gunners fell to a 1-0 defeat after Hughie Ferguson’s shot squirmed into the net. Arsenal ‘keeper Dan Lewis lost control of a tame shot and fumbled it over his own line. He would later blame the sheen on his new jersey and for many decades after, Arsenal insisted their goalkeeper’s jersey go through the washing machine at least once before worn for a match.

Arsenal eased past Chelsea, Birmingham City [after a replay], Middlesbrough and West Ham en route to a traumatic semi-final against Hull City. Chapman’s side were odds-on favourites to defeat Hull, who were bottom of the second division, at Elland Road. The Gunners unexpectedly fell 2-0 behind [sound familiar?] before two second half goals restored parity and earned Chapman’s men a replay at Villa Park.

Arsenal won the replay 1-0 thanks to a goal from David Jack. Hull’s Arthur Childs became the first player to be sent off in a semi-final for kicking an Arsenal player. [Think how hard a kick it would have needed to be to be sent off in 1930!] Though the thoroughly impartial Hull Daily Mail didn’t see what the fuss was about. “Exactly what Childs…was adjudged by the referee to have been guilty of…no-one save the referee seemed to be aware of. Childs had run towards [Bob] John and [Alex] James, who had been monopolising the ball…was pulled up by Mr. Kingscott when attempting to take the ball from his two opponents.”

The Hull Daily Mail report that they weren’t the only ones dismayed with the decision, “I have never heard such continuous booing before on a football ground,” they reported. I wonder what they would make of modern-day Turf Moor? Despite the booing and the industrial approach, Arsenal had qualified for their second final and an opportunity to win their first ever major trophy.

The final could not have been any more fitting as they were pitted against Chapman’s former club Huddersfield Town. Huddersfield had won three consecutive league titles from 1924 to 1926 and won the FA Cup in 1922. The Terriers had lost the 1928 FA Cup Final. The teams met at the Wembley Empire Stadium on Saturday, 26th April, 1930. The Final was only the fifth match ever to be broadcast on television with Chapman`s eventual successor George Allison commentating for the BBC.

Captains Tom Parker of Arsenal and Tom Wilson of Huddersfield Town walked out together side by side. This was not the norm for football matches in 1930, but a gesture executed specifically in tribute to Chapman’s service to both clubs. It has survived to this day. King George V was introduced to the two teams in front of a crowd of 92,488 at Wembley, but the match was made famous for a more imposing and unsolicited visitor.

A 776-foot German Graf Zeppelin hovered menacingly over the top of the stadium during the game. The footage is scarcely believable because the mighty aircraft is astonishingly close to the crowd. Its presence was apparently a salute to King George V. Chapman had his own well-oiled machine ready to deconstruct his previous empire. 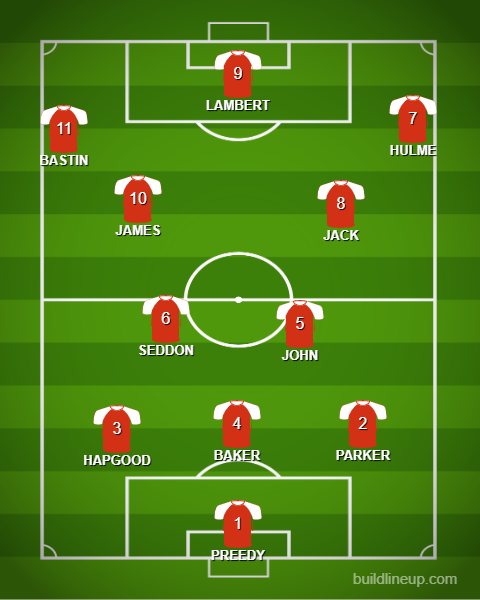 Bastin was famed for his long-range shooting. Bastin and James reasoned that they could set a trap for the Terriers with a quick free-kick routine. James would nudge the ball to Bastin on the edge of the area knowing full-well that the Huddersfield defence would have been briefed to prevent him from shooting. James rolled the ball to Bastin, the opposing defence simultaneously ran to charge him down, leaving James free on the edge of the area.

Sure enough, after flashing the red rag, Bastin pushed the ball back to Alex James, who had time and space to pick his spot from the edge of the area. Arsenal were now free to play on the counter-attack as they desired. According to contemporary reports, they held off Huddersfield’s advances with a low block. On 83 minutes, they applied the coup de grace.

The deciding goal would be recreated by Chapman’s Arsenal again and again as they held English football in a vice grip. James picked the ball up deep in his own half and with Huddersfield committed to an equaliser, sent a long, guided through ball to Jack Lambert, who hurdled two desperate challenges before slotting the ball past Hugh Turner in the Terriers goal.

The Gunners had their inaugural major silverware and the trophy smashed open the pinata of the club’s decade of dominance. They actually finished 14th in the First Division in 1929-30, but the cup win engendered them with the belief they needed to form the winning habit. They won their first league title the following season.

In fact, they won four of the next five First Division titles and five of the next eight, they also won the FA Cup again in 1936 [having lost another final in 1932]. Chapman, an engineer by training, would have no doubt been very satisfied by delivering his first trophy to timescale, five years after his appointment. The GRAF zeppelin that hovered over Wembley Stadium that afternoon proved to be an apt physical metaphor as the shadow of Chapman’s juggernaut would loom over English football for the next decade.

Previous articleThe transfer window opens, and there’s so much to do
Next articleMustafi’s surgery makes a bad injury more complicated for Arsenal