Home Arseblog, the arsenal blog The transfer window opens, and there’s so much to do 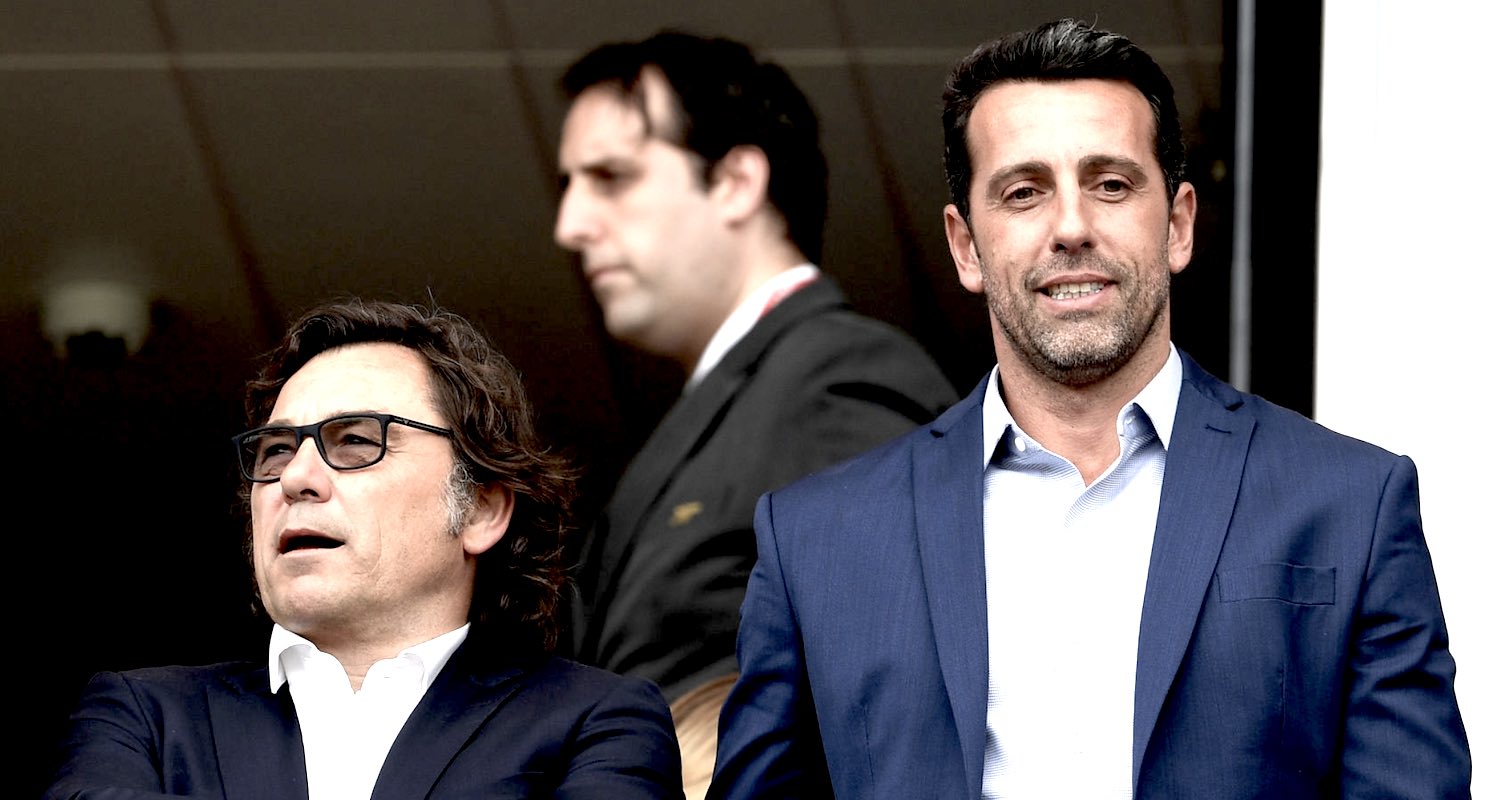 Usually after the Premier League season finishes, I do a season review/player ratings type post. Last year, because of the gap between the end of the league campaign and the Europa League final, I did them before that game with the caveat that someone might become the hero – or villain – in Baku. It was a night to forget, obviously, and it capped a truly dismal end to the season.

This time around, the wait for this years All Our Eggs Are In This Basket final isn’t as big, so I’m going to wait until next week to do that particular round-up. It’s not because I’m in any way superstitious and I don’t want to jinx things by putting it out beforehand (not much anyway), but because so much depends on this game, and with it our sense of how the season went overall.

I don’t mean to say that victory on Saturday will be cleanser for all that has gone wrong, but it would leave us with some optimism ahead of the new season. Winning trophies is fun, we’d have European football on the agenda and with it a bit more money to play with in the transfer market, and at the end of the day any kind of success is welcome. It won’t mean we’re blind to the poor league finish or where we have to improve, but it’d make that work a bit more pleasant.

Conversely, well … I don’t need to lay that one out in great detail, do I? The work we have to do would remain the same, but the implications and ramifications – sporting, financial, and reputational – are obvious, as is how it would make us all feel. So, I’ll keep powder dry on those ratings until next week, and fingers crossed it’s one I can write with FA Cup number 14 under our belts.

The transfer window is open by the way. It opened yesterday and it runs until October 6th. It’s fair to say Arsenal have got a lot of work to do during this period, and while I don’t expect anything to happen before Saturday, you’d hope there’s stuff going on in the background. Even before you think about bringing players in, there are so many issues to deal with in our own squad.

For me, there are just a handful of the squad who are basically untouchable, and that’s it. Right now, those are one of our two goalkeepers, because selling one could net us a lot of money; Bukayo Saka; Kieran Tierney; William Saliba; Gabriel Martinelli; Nicolas Pepe (because we can’t afford to let a £72m signing go that quickly); and probably Pablo Mari by virtue of the fact he’s only just joined and in terms of his actual profile, in that he’s a tall central defender who hasn’t been a disaster of a signing, he fits the bill.

After that, I think we’re in a position where we have to consider any offer that came in for any other player. And that includes Pierre-Emerick Aubameyang whose contractual situation demands a resolution. At the back, we have two centre-halves with the same issue – Sokratis and Shkodran Mustafi. The former apparently wants to stay and fight for his place, which is admirable on the surface, but having played about 3 minutes since the restart, Mikel Arteta is making it pretty clear what he thinks of him. Does he really want to stay and fight, or stay and pick up the wages he’s unlikely to get anywhere else (which is he perfectly entitled to do, by the way).

As for Mustafi, I’ve advocated a sale during this window as a means of ending his Arsenal journey in a nice way after his decent form of late, but having pulled his hamstring off the bone, he’s going to be very difficult to shift with a serious injury like that. That the German is basically our best central defender is a credit to him for sticking with it and generally repaying Arteta’s faith in him, but on a wider level a shocking indictment of the squad we’ve built.

I’d sell Luiz in a heartbeat, the calamitous inconsistency is too much for my heart, and his one year deal can get in the bin; flipping Cedric for a fee would actually be a smart piece of business, who cares if he’s only been here a couple of months? Sead Kolasinac, gone. I like Rob Holding and Calum Chambers, but I worry about how good they can be.

Torreira would raise some money, again I like him but he’s been here two years and not become vital. We don’t even know if Dani Ceballos will be with us next season. Granit Xhaka’s redemption arc has been nice, and I do think he’s important, but again it’s a bit like Mustafi in that his weight in midfield is also an indictment of our lack of options in there.

Guendouzi, off you go. I did laugh at this bit from a report in GFFN about how we’ve apparently offered him to Atletico Madrid in exchange for Thomas ParteyZzzzzzzzz:

Guendouzi, who believes that he must leave Arsenal this summer to give himself a realistic chance of appearing at next summer’s Euros, is not totally against the idea of a move to Atleti, but Barcelona is his preference.

Barcelona is his preference! God bless the self-belief of a guy who has occasionally been a bit more than a 6/10 player for Arsenal for a season and a half who wants to join one of the biggest clubs in Europe. I suppose he might take heart from the fact that they’ve previously demonstrated a willingness to spend significant money on Arsenal players who have never been good enough for them, but still.

Auba, the contract thing weighs heavily, demands a decision. Lacazette has two years left on his contract, decision time according to our Head of Football. Do we renew or sell him to reinvest somewhere else. Young players like Eddie, Joe Willock, Reiss Nelson, all promising, but if genuine cash offers came in, their Academy status means they generate profit, and that will mean we have to consider them. Loan moves for them too have to be an option, because loan fees these days can bring in quite a few quid.

And then there’s Mesut Ozil. Is there anyone now not sick to their back teeth of this situation? Of the lack of clarity? Of the £350,000 a week player who can’t even make our bench? Whatever happens, Arsenal are going to have to pay him, whether he plays or not. We have to find a solution to this, we just don’t need the Ozil cloud hanging over us again next season, nor the constant focus on someone who can’t help us on the pitch because he doesn’t get picked. If another club out there can pay 10% or 20% of his wages while we subsidise the rest, we’re actually saving that little bit of money.

So, before you even bring in a single player, you have all that stuff to deal with, many of which are messes of your own making (as a club). I’ve written before about the need for a bit more scrutiny of the people at executive level, the ones making decisions, and this summer is going to be a real test for them. Of course the Covid-19 thing was something nobody could have predicted, and it will make things more difficult, but that’s the same for almost every club. The playing field is fairly level in that regard, bar the clubs with billionaire owners who are actually willing to finance their teams.

The big issue is our under-performance, our haphazard, slapdash, short-term focus on recruitment and team building which has created this Frankenstein’s monster of a squad and left us a declining force. That comes back on them and those who were in charge before. Now is the time to be smart, to make good decisions about the long-term future of the team, and eschew the temptation of short-term fixes – we’ve been there, done that, worn the t-shirt, and we scraped into 8th this season because of it. We need these people to be very, very good at their jobs and … well … let’s see.

It does feel like at least some of those issues need to be resolved before we can go out and buy anyone, but how quickly and efficiently we can do that business remains to be seen. I wish them – very sincerely – the best of luck with it all.

Right, that’s it for this morning. Have a brand new Arsecast Extra for your listening pleasure, more from me here tomorrow.