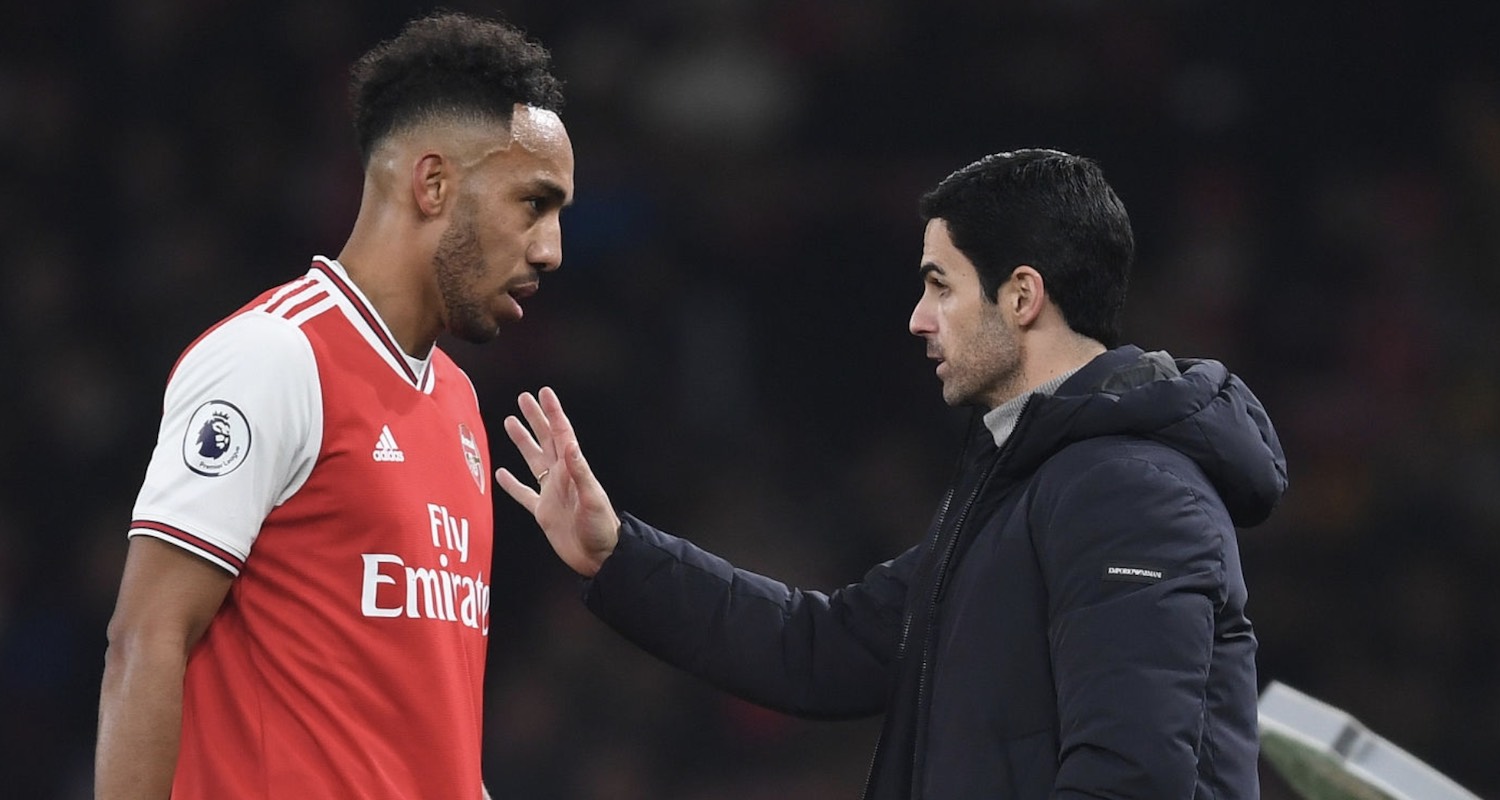 Good morning to you, wherever you are I hope you’re safe and well. There isn’t a great deal going on in the world of football or the world of Arsenal, but that’s where I want to try and stay today.

One thing did catch my eye, and while I can’t say with any certainty how much truth there is in it, it’s quite interesting nonetheless. It involves Pierre-Emerick Aubameyang, the club captain whose future is somewhat shrouded because he has just over 12 months left on his current contract.

Ordinarily – a word I keep having to use when talking about players, contracts, transfers etc – it would have been pretty clear what should happen this summer. If the club wanted him to stay, offer him a new deal. If that was acceptable, he signs, everyone’s happy. If it was not, Arsenal would have had to sell, because we simply could not allow what happened with Aaron Ramsey and Danny Welbeck to happen again. Tens of millions of pounds worth of talent gone for nothing. So, had things been normal, it would have been a fairly uncomplicated scenario, even if losing a striker of his calibre would have been a wrench.

Now though? It’s more difficult. Whereas previously Aubameyang’s goalscoring prowess would have give him plenty of options, the financial hit that clubs are taking may limit his options. Also, players who do move when the window opens again are not necessarily guaranteed the kind of pay-rise they would have expected previously. Now, for his earning potential, it might make more sense to stay for another 12 months, and then see where things are with other clubs. Perhaps football finance will be healthier.

From Arsenal’s side, we may still want to ensure we don’t lose him for free (a scenario we also have to face to varying degrees with Sokratis, Mustafi, Ozil and Saka), but who are we going to sell him to, and for how much? Are the goals he’ll score now and next season worth more than any potential transfer fee? It’s a really tricky situation.

Anyway, the report from Matt Law in the Telegraph says that in order to convince Auba to sign a new deal, Mikel Arteta is going to take the lead himself. It says:

Arteta is preparing to initiate talks and hopes to impress the 30-year-old and his father. Rather than leaving the matter in the hands of the club’s contract and transfer chiefs, Arteta believes he can make a difference by taking a hands-on approach to Aubameyang’s future.

He wants to convince Aubameyang that Arsenal can once again finish in the top four and compete for trophies.

Let’s assume that information is 100% accurate. It may not be, there are always layers, but for the sake of argument, let’s go there. Two things occur to me:

1 – It says something about how Arteta views the club’s contract and transfer chiefs if he feels like he would be the most effective person to make this happen.

2 – It says something about the relationship – in broad terms – between Pierre-Emerick Aubameyang and the club’s contract and transfer chiefs (and we’re talking about Raul Sanllehi here as Head of Football, Edu as Technical Director, and Huss Fahmy who is the contracts guy).

Another thing just occurred to me, maybe it says something about the relationship between Arteta and Aubameyang, and perhaps between the manager and his players in general. Particularly after the whole pay cut thing which, I’m told, was very difficult and caused some issues of trust among certain members of the squad. We heard how some were concerned about where the money would be going, and initially there was a pretty significant split when it came to those prepared to take a cut and those who weren’t.

Hector Bellerin was the squad representative and he did his best in trying (some might say unfair) circumstances,  but it was after Arteta’s intervention that an agreement was found. Again, it’s worth repeating that as of now, Arsenal are still the only club to have implemented wage cuts in the Premier League. Whatever Arteta said, whatever assurances he gave them, it helped bring about an almost collective agreement, which demonstrates a trust between him and his players. He volunteered his own pay cut to set an example, and the players responded.

So, in a situation where we’re trying to convince a top class talent like Aubameyang to effectively commit the rest of his peak years to the club, how much more difficult is it if the people trying to negotiate are seen as part of the executive branch which were so adamant about pay cuts? We know that it came from on high, from Stan and Josh in KSE’s lair, but it was Raul and Huss who were doing their bidding.

It’s clear the players like Arteta, they like what he’s done since he came in, and you can understand why. If he speaks to them with the same clarity, vision and honesty that he does when he addresses the press conferences or other interviews, then it would be hard not to get on board with him. If trust has been dented between the squad and the ownership, then maybe he is the best person to help rebuild that, and if it means taking on a more managerial approach than his official title of ‘Head Coach’ suggests, then so be it.

I do realise a lot of this is speculative, but it’s a Wednesday, in the middle of a pandemic (yes, that’s still happening despite the focus being on other things right now), and we’re still two weeks away from football starting again. If it sparks some discussion, all well and good.

Right, time for some breakfast. Back tomorrow.