Home Arseblog, the arsenal blog Without crowds will broadcasters influence fan opinion more than before? 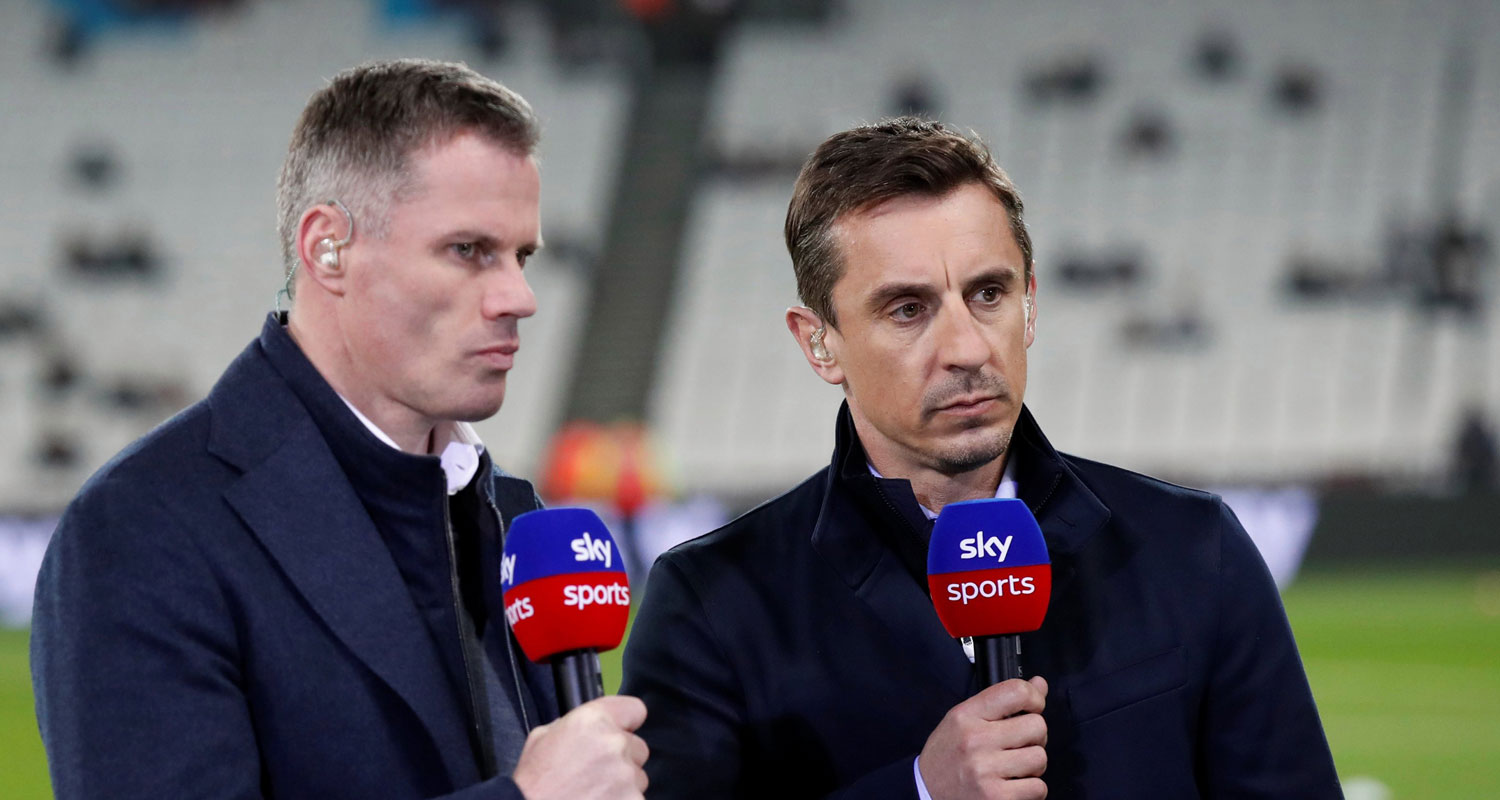 What exciting things are happening in the world of Arsenal today? Well, how about the fact we already know that our game with Man City is taking place on June 17th, but now we know exactly when. There is precision. It’s an 8pm kick-off, with the match being shown on Sky Sports.

Martin Tyler, Gary Neville, Jamie Carragher, the lads back at it. Who will be their special studio guests? Someone like Bacary Sagna who has played for both clubs? Niall Quinn who did likewise? Maybe the lack of atmosphere and fans will see them try and stoke up the Fires of Entertainment©® by bringing in Emmanuel Adebayor who will make it clear he hates both teams and all the fans who aren’t there anyway – then leave at half-time because he doesn’t feel he’s been paid enough.

I am assuming that any artificial cheering and crowd noise will be an option on our televisions, and not something force fed to us by broadcasters. I am also curious to see how that changes the way we think about games as they’re going on, and after the fact. The story of a football game is hugely informed by the way fans react to what they see on the pitch. For example, a team can be beaten, but perhaps it’s one of those where they’re a bit unlucky and their supporters appreciate the effort they put in. At the end, rather than boos, there is warm applause for their endeavours so even in defeat there’s something of a positive take into the next game.

Similarly, a team can frustrate and scrape a win, but an 87th minute winner and the subsequent celebration may not be the main take away. It could be the agonising 86 minutes that came before, and the final few minutes plus injury time – and while this isn’t necessarily something that managers/coaches will dwell on, it’s part and parcel of our experience as viewers and helps shape our overall opinion. Without it, I wonder far how the commentary and punditry will take its place.

We already understand that it’s possible for what is said during a game, by the men behind the mics, to drive a particular narrative. I’m not suggesting there anything dishonest about it, but one incident can be picked up on and from there it becomes a major part of how a collective or individual performance is assessed. If that subject is taken up at half-time and discussed by the panel, it copper-fastens it, provides the talking points, drives the online discussion, helps create the always hilarious and never tedious memes, and so on.

Will this new football experience mean greater influence from these guys in how we think about what we’ve seen? Obviously we can all make our own minds up about what happens on the pitch, but let’s not pretend what they say doesn’t have an impact too. I know I’ve mentioned this before, but I remember finding a stream for a game one day which had no commentary, just crowd noise, and I watched and came away with conclusions from it that seemed a bit at odds with people who had watched with commentary. They had been exposed to other thoughts and comments which had an influence on their overall opinion.

I guess it happens everywhere. Throughout our lives we’re bombarded with messaging, subtle or otherwise, which helps form the way we see the world. Sometimes … often actually … it’s more sinister and damaging that what a couple of ex-pros think about a football match, or the way one player didn’t do this or one player did that, but it’s easy to soak it up, even subliminally, and that shapes your mind.

I think I’ve gone a bit deep here, but football was a kind of immersive viewing experience – the noise and bustle and singing and reactions of a crowd from start to finish – and it will now be something very different. Maybe we’ll have more time to think, maybe it will lend itself to a new era of considered thought and discussion of the game, but it will be very interesting to see how it impacts us as viewers, and whether it changes the way broadcasters communicate before, during, and after the games.

I had planned on writing a bit about how Arsenal have been in touch with Danish club AGF Aarhus to chat about use of ‘virtual fans’ in the stadium. The fans are real, of course, but displayed on a video screen within the stadium. It’s an interesting idea but as many have pointed out, ripe for mischief. You can understand clubs wanting to do something … anything … about the lack of supporters in the stadiums, but aren’t we all adult enough to understand why and just get on with it? Those that want the fake crowd noise can get it via their red button, the rest of us can just crack on and watch the empty stands and pretend it’s a Group Stage Europa League game against FC Skronk of the Battle-Hardened Republic of Quimrovia.

Right, I’ll leave it there for today, back tomorrow with more and a brand new Arsecast.

Manager mind-games begin, and why Wenger is wrong about protests

Liverpool fans get a reaction, but is it a pyrrhic victory?