Home Arseblog, the arsenal blog Arteta has to look to the future when football returns 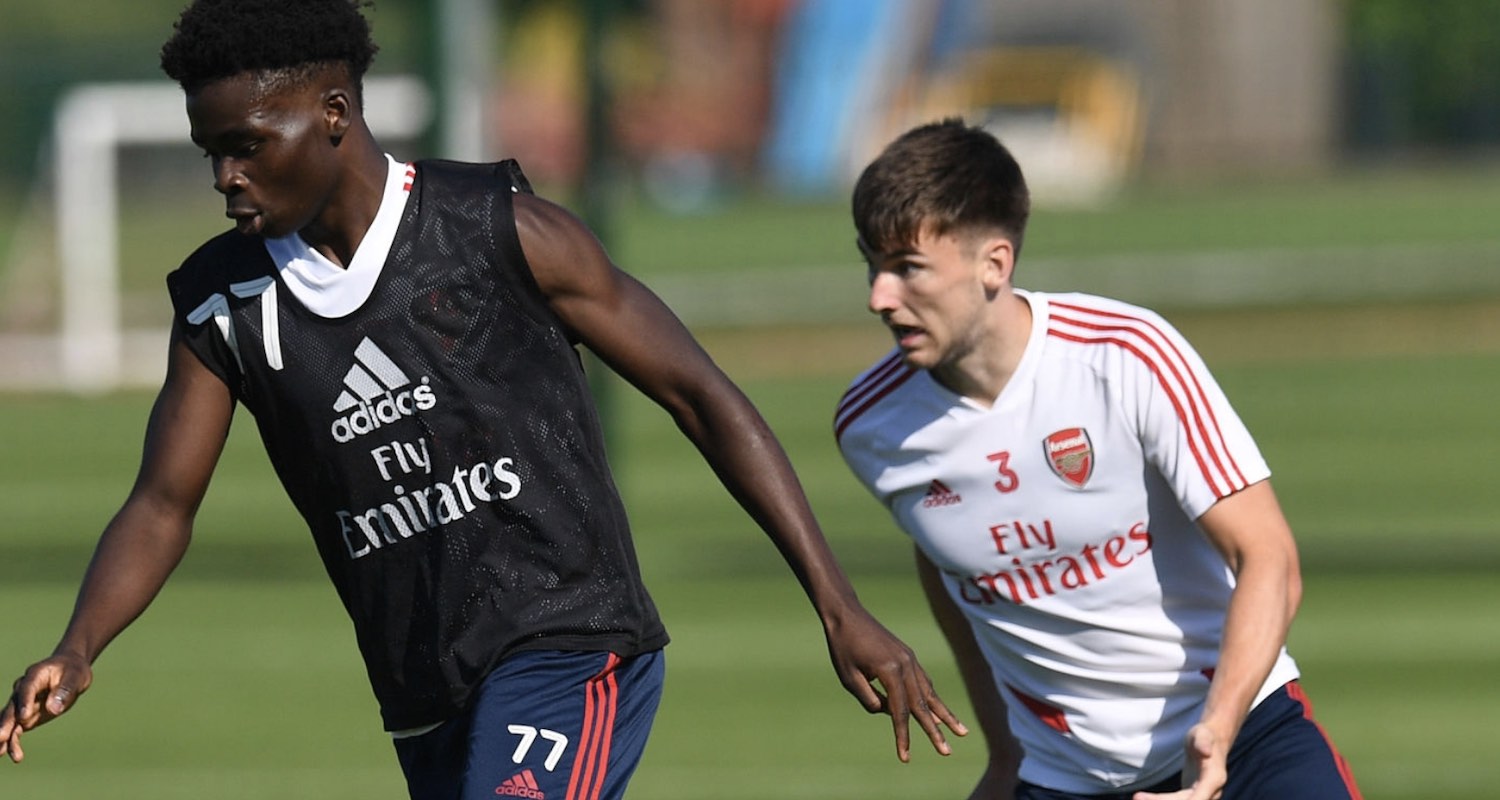 In just over two weeks, Arsenal will play again. We know June 17th is the date for our game against Man City, a difficult task in normal circumstances, and likely a difficult one in these circumstances too. At this point we can only speculate if it might be a good time to play them, but even if they’re not quite at their potent best because of the downtime, chances are we’re going to be affected similarly and they’re working off a stronger base than we are.

On yesterday’s Arsecast Extra we were asked if we could try and guess the team Mikel Arteta might pick for the game. We had a go, it was mostly a bit of fun because we don’t yet have any idea as to play availability. Lucas Torreira is back in training but will he be fit enough to start? Calum Chambers is sidelined because of his cruciate, but should we assume that the players like Hector Bellerin, Rob Holding and Kieran Tierney – who had ongoing niggles before the cessation of football – are now fit and ready to play? Those are things we’ll find out over the next little while as get drip fed more and more information ahead of the Big Kick-Off.

I am curious as to how Arteta is going to approach these fixtures though. Had things carried on as normal, there would have been real pressure to finish in the European spots – even though it was generally accepted that when he took over, the club was in an unprecedented slump and he was so new to the job that it was like the rest of the season was a ‘free hit’ so to speak. We could all see the mess that Unai Emery had made of things, exacerbated by the football executive committee playing ostrich and burying their heads in the sand for way too long for reasons that remain unclear.

Form, morale, confidence, motivation, the relationship between fans and the team – and fans and the club – all of those things were in the toilet. And not just any toilet. It was the toilet from Trainspotting. Arteta’s first job was to try and fix those, to make them better, and he did. Slowly, but he improved things to where I think expectations had risen to the point that not achieving a Europa League finish in the Premier League would have been considered a disappointment.

Now? Does European football matter as much? I suppose that when you’re hit financially any source of income is important, and the TV revenue from playing more games will be useful. But games will be played behind closed doors, that income stream is gone, and I suspect that there will be a renegotiation between broadcasters and UEFA regarding how much they’ll pay to show the diminished spectacle which is football without fans.

The manager’s job is obviously to win football matches, and he will want to do exactly that with the remaining fixtures of this season. However, I wonder if there might be an element of using these games as a kind of pre-season to the next campaign which will surely start relatively soon after the 2019-20 campaign finishes. There can’t be another significant gap surely, so while there will be a pause, I think we’ll get going again quickly.

What does the future of this team look like? It’s hard to say but having spent £25m on a left-back this summer, it’s reasonable to assume that Kieran Tierney is the man for that position going forward. Bukayo Saka has done well there, pressed into action because of injuries to both the Scotsman and Sead Kolasinac. Where does he want to play though? Where would he be most effective? Defensively he has done well, but we can see that in the final third he is capable of producing real quality. Doesn’t it make more sense to use him further forward, particularly if you’ve got an option like Tierney behind him?

An exciting 18 year old (who will be 19 in September but until then remains 18 because that’s how it works) building a relationship with a 22 year old left-back? Both of them can attack, both of them can defend and Saka’s understanding of the position behind him can only be good for his development and that partnership. Think too about the need to convince him to sign a new contract – something we have to get sorted asap and which is beginning to concern me now – and laying out his future there might well play a big part in that.

If we are going to sign Pablo Mari permanently, is now a good time to blood him properly in the Premier League? Does he need more time to adapt, or do we try and fast-track that with playing time? Dani Ceballos might be useful, but if he’s going back to Real Madrid as soon as the season ends would it be better to give those minutes to a young player who potentially has a future with us?

Which is to say that Arteta has to try and win games, because as understanding as we all are at the circumstances right now, as soon as things kick-off again football’s importance will swell, and the short-termism that informs opinion will be back, don’t you worry about that. And yet has to take a look at the bigger picture, at what he’s going to have to do next season and beyond, and how he’s going to do it. Fixing things via the transfer market is, at the very least, going to become a lot more complicated – if not impossible – so the future may lie in the feet of young men at the club right now for whom playing time is crucial.

When he does write a book at some point, Arteta’s thoughts on his first season as a Premier League manager will be fascinating. When you consider how much has happened since he took over in December, personally, to football and to the wider world, it’s genuinely bonkers. Maybe though, from this chaos, he can build something lasting.

If you haven’t yet had a chance to listen to the podcast, all the links you need to do that and/or subscribe are below. Till tomorrow.