Home Arseblog, the arsenal blog Torreira injury a blow – how does Arteta reshape midfield without him? 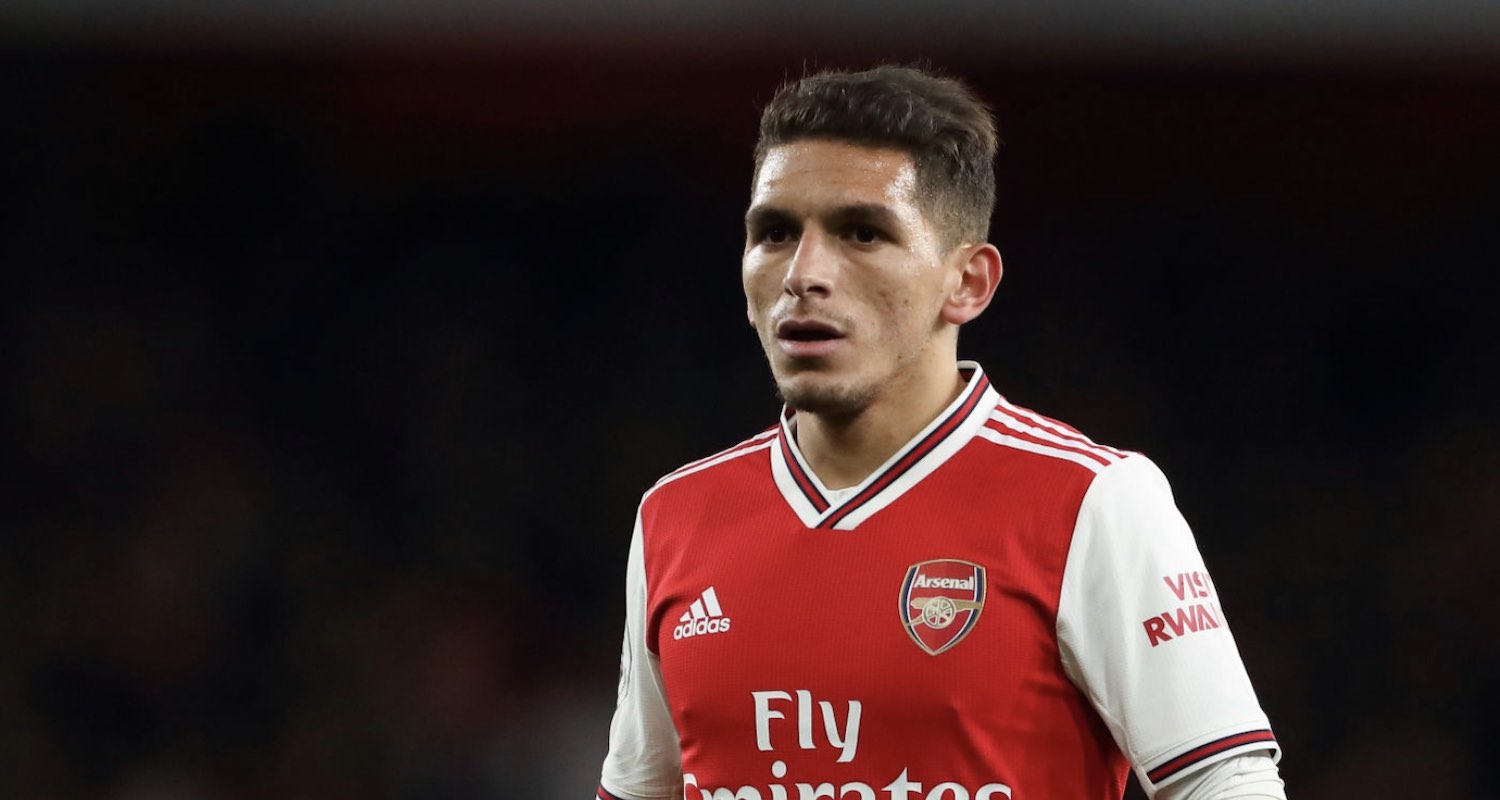 “Morning son. Breakfast is on there. Sit yourself down. Bacon and eggs. There’s toast on the way too. Oh, and the dog’s dead.”

That was kinda the way Arsenal broke the news that Lucas Torreira had suffered a serious injury against Portsmouth the other night. It came at the very end of a fitness update from the medical team which told us what we already knew about Calum Chambers, Sead Kolasinac and Kieran Tierney.

Very casually they dropped in a bit about the midfielder:

Well, that’s not good on any level. Speaking at his press conference, there was some mild confusion thrown into the mix by Mikel Arteta who said:

He was quite positive this morning. I spoke with him and he was in pain. We don’t really know exactly the extent of the injury. He needs to see the specialist tomorrow here in London and we will know more about it.

I’m assuming when he says they don’t know the extent of it, it means it is fractured, but they’re waiting to see if there’s any ligament damage too. That will certainly impact the recovery, and how quickly he’ll be back in action, but I think it’s reasonable to assume that we’ll be lucky to see him again this season, which is a real blow. He’s the only true defensive midfield player we have, and even if he’s been a little peripheral of late, to lose him at this point of the campaign is bad news.

It again opened up the debate on the challenge by James Bolton, and there’s no question it was a heavy one, but I stand by my assertion that if an Arsenal player had made it most people would be applauding the defensive commitment. If it were Sokratis on Dele Alli, for example, how many would be criticising the defender – even if the opponent had been injured?

I still think it the injury is more about bad luck than the challenge itself. 99 times out of 100 Torreira gets up from that, shakes himself down, and gets on with it. The consequence of the tackle means there’s more spotlight on it, but I’ve seen far worse ones this season on Arsenal players and thankfully the player in question hasn’t come off as badly injured as this.

In particular I’m thinking of Creswell on Pepe at West Ham, the perfect example of a challenge which deserves maximum punishment whether a player gets injured or not. It looks similar to the one on Torreira, but he’s off the ground at high speed which means he’s not in control.

Referee that night, a certain Mike Dean. For a man who loves to flourish a card, he lets too much go at times. I thought Bolton’s challenge on Torreira could have been a yellow, I didn’t think it was red and I think sometimes we need to accept that a player can get hurt without it turning into a witch hunt or a conspiracy against us. As Arsenal fans we’ve seen too many players suffer serious injury not to be exercised by this, but I think there’s a real distinction between what happened to Torreira and some of the worst challenges we’ve seen in the past. Regular readers will know the injuries we’ve suffered down the years are not something I take lightly by any means, and I’ve been hugely critical of the tackles and the officiating, I just don’t see this as one of those.

Also, we need to remember that – even unintentionally – our own players are capable of inflicting injury on opponents. Think back to Crystal Palace earlier this season, when Pierre-Emerick Aubameyang was rightly sent off for this: 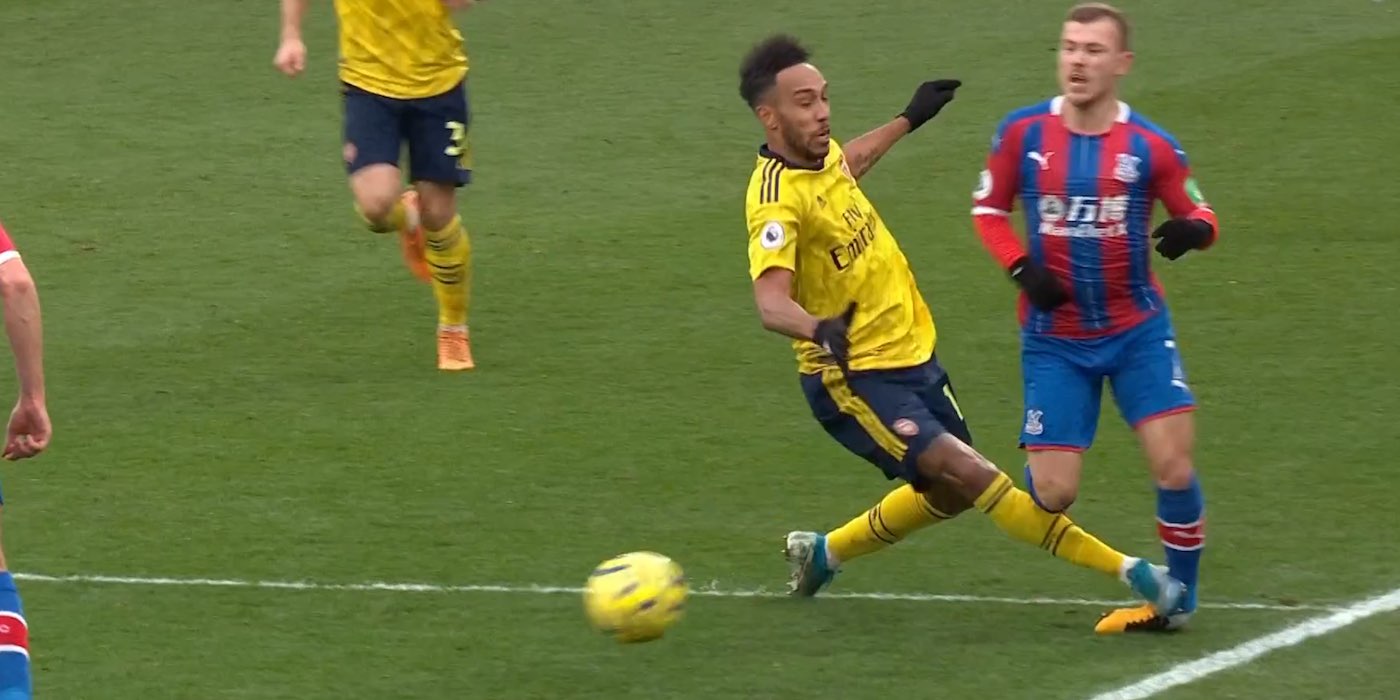 Thankfully Max Meyer was not badly injured, but if he had been how would that change the perception of Aubameyang? Would we defend him with the ‘He’s not that kind of player’ excuse? Would our moral high horse turn into moral donkeys, or Shetland Ponies? What if –  and when you look at how Meyer’s ankle is turned it was not far away from it – he’d sustained a fracture or ligament damage or both?

It’s never nice to see a player get injured, but sometimes it happens in football without it being the kind of challenge that demands greater punishment than the ones we’ve seen for the likes of Dan Smith on Diaby; Taylor on Eduardo; Shawcross on Ramsey etc. Aubameyang got lucky … very lucky, as did Meyer. Torreira sadly didn’t.

I feel really sorry for Torreira and it’s bad for us that he’s going to be missing, but I can’t view this one through the same prism as others. I’ve seen enough truly awful challenges carried on on Arsenal players down the years, and this one was more bad luck than intent to hurt the opponent. Football is a physical game, and with it comes moments that can have an impact. For me this is one of those.

Let’s keep fingers crossed it’s as uncomplicated an ankle break as it can be, and he makes a full, quick recovery.

What he has to do now is think about how he copes without a player who would have been very useful to us between now and the end of the season. It says a lot about the fact that a 23 year old is considered one of our more senior options in that area of the pitch, and there’s no question we’re going to miss his defensive abilities. When you look at Granit Xhaka, Dani Ceballos, Matteo Guendouzi and Joe Willock, you wouldn’t necessarily say that side of the game is where they’re strongest.

So, if you can’t replace what Torreira gives you on an individual basis, perhaps you need to find some combination of players who can. When you think about the trip we’ve got to Man City next week and how Torreira would have suited that game, it’s certainly something Arteta will have to ponder. First and foremost though, it’s West Ham tomorrow, and we can think about that trip to Manchester afterwards.