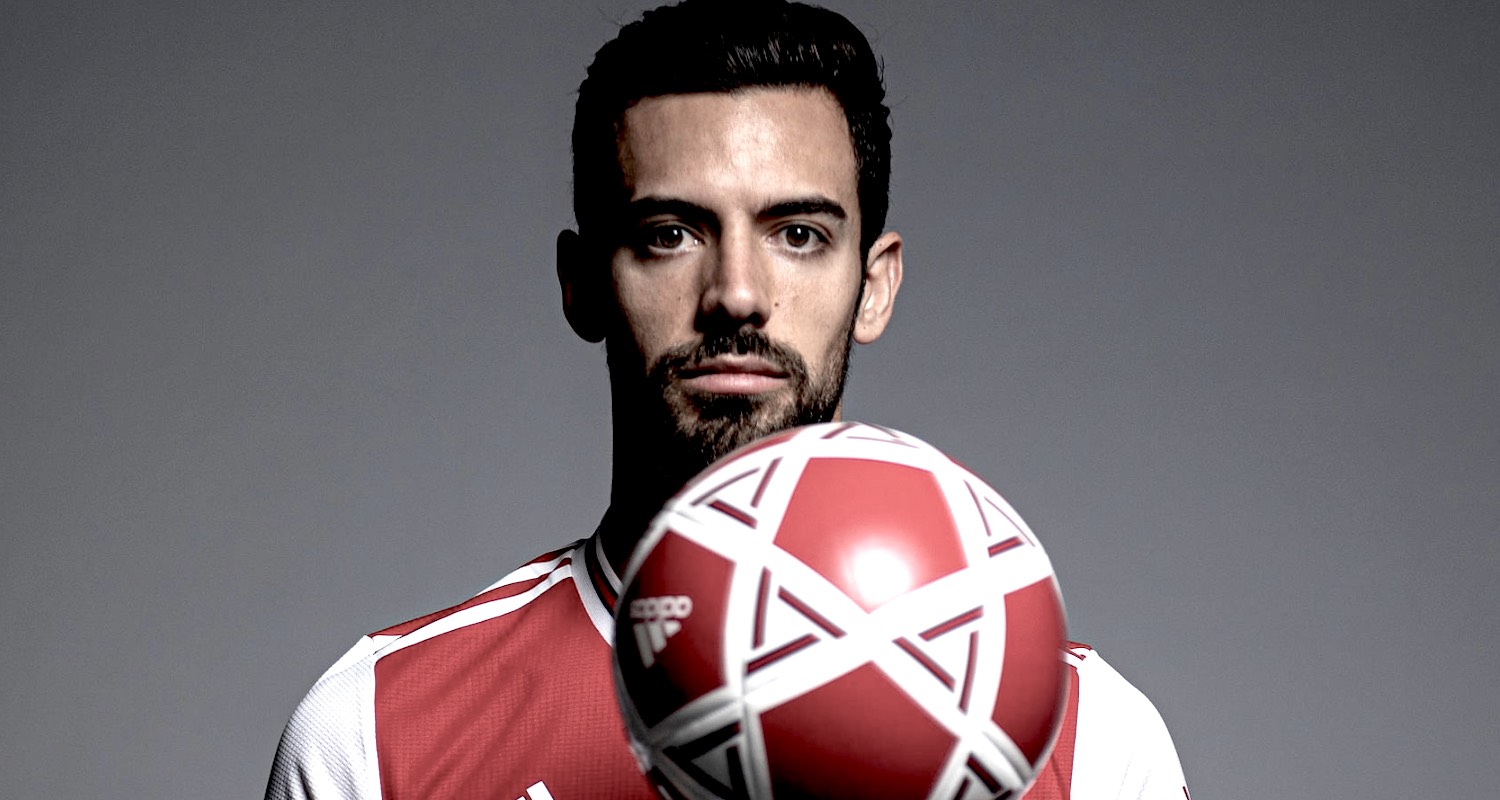 So Arsenal completed the signing of Spanish central defender Pablo Mari from Flamengo yesterday. We’ll pay the Brazilian side a fee of around €5m, which is verging on pretty steep, but as I wrote yesterday, the loan market is a giant slush fund from which people make plenty of money.

That aside for now (but more on it later), the 26 year old said all the things you’d expect a new signing to say. Arsenal are a big club, check. Excited to play in England, check. Can’t wait to pull on the shirt, check. This is a big opportunity, check check check. He says:

It’s a massive opportunity for me to come to England, which is the best league in the world right now I’m a very professional player. I like working hard every day to achieve objectives.

One thing I can control is working hard on a daily basis to help my team-mates to win football matches and repay the faith that Mikel and Arsenal have shown me by signing me to play here, so that’s my main objective. I want to take it one day at a time and achieve big things at Arsenal.

His arrival is an interesting one in that I think he’s been signed to provide us with an alternative/back-up for David Luiz. On the right hand side of a two man central defence, Mikel Arteta has Sokratis, Shkodran Mustafi and Rob Holding – and of the three I think the latter is most comfortable playing on the other side if required. What Pablo Mari has though is a natural fit as he is left footed, coupled with good passing range. It’s not a coincidence that the Ukrainian player we were chasing this window is also a lefty, and that we’ve been looking for someone who can slot it when Luiz is not available as he’s been increasingly important to the way we play since Mikel Arteta arrived.

It remains to be seen how quickly he adapts to English football. He knows it in essence from his time at Man City, but in terms of playing experience he has none. He’s arrived in the Premier League via a rather unconventional route. In 2016-17 he played in the Spanish second division with Girona; 2017-18 he had a season in the Eredivisie with NAC Breda; and in 2018-19 it was another season in the Spanish second with Deportivo la Coruna before his move to Brazil. It’s fair to say it’s not exactly a well-worn path.

It will certainly provide him with a healthy challenge, and we’ll have to wait and see how he manages it. Hopefully he’ll do well, and at the very least give the club something to think about when it comes to making his deal permanent in the summer.

For more on him as a player, his strengths and weaknesses etc, Tim wrote this profile piece that you should check out.

Meanwhile, it seems as if we are going to sign Southampton right-back Cedric Soares on loan before the window closes. This one is a little more difficult to understand because it’s not as if we’re in massive need of a right-back. Hector Bellerin is back, and we have Ainsley Maitland-Niles there too. Ok, he hasn’t made the same impact in that position as Bukayo Saka has on the left, but he’s been solid, and in many ways the team is set-up with a left-sided attacking bias which allows Saka to demonstrate his quality in the final third.

However, by all accounts a right-back has been on the wish-list for some time. Whether it’s because Maitland-Niles doesn’t want to play there, or whether we’re about to repurpose him into a different position it’s hard to know. AMN to midfield allowing Ceballos to cut short what has been a disappointing loan? It might simply be a case that as a club we want to have two out and out full-backs right and left, and Soares – at 28 and with 30+ caps for Portugal – is an experienced player who could deputise Bellerin and provide the squad with exactly that option.

The interesting part of this is the fee being reported. David Ornstein says that the deal will cost £5m wages included – and that’s a bit of a worry if it’s true. One agent I’m aware of expressed surprise that we’d spend that much on a player who we could sign for free in the summer. Even when you take wages into account, it’d mean we’d be paying a loan fee between £3.5m and £4m for him, and at a time when Arsenal aren’t exactly flush with cash, that’s a considerable outlay for someone who you can sign for nothing at the end of June.

Other reports suggest a loan fee of around £1m, plus wages, which seems much more manageable in the circumstances, but it’s yet to be revealed quite where the truth lies in this one. Are Arsenal briefing a lower number to make it sound more acceptable? Either way, Soares is expected to join and defensively the squad will have been bolstered ahead of the end of season push to get ourselves as high as possible in the Premier League, and to compete in the two cup competitions. Let’s hope both these players can make a positive contribution to that.

Just a quick note, not to be critical exactly, because the counter-argument to what I’m about to say is that ‘This is how deals get done’. Nevertheless, I provide this information for you to take as you will.

Pablo Mari: His agent is Arturo Canales, a long-time friend of Raul Sanllehi. He was the man who brokered the last-minute deal for Unai Emery to take over as manager, and obviously spoke with Sanllehi when the Head of Football was considering giving the Spaniard a new contract despite the way we ended his first season in charge. Sanllehi also enlisted the services of a man called Andre Cury (Marca story) to get this deal done, because sending our Technical Director wasn’t enough.

Cedric Soares: His agent is none other than Jorge Mendes. For years, Arsenal had nothing to do with him whatsoever. This summer, when two former Barcelona colleagues (Sanllehi as Head of Football at Arsenal and Marc Ingla as Director General of Lille) required someone to act as a go-between to get the Nicolas Pepe deal over the line rather than negotiate themselves, Mendes was that man. Undoubtedly he got paid a significant fee for his services. Now we’re signing one of his players, who is out injured for a few weeks after picking up a knee injury in his last Premier League game for Southampton, possibly at a very high price for a very short period of time.

Maybe it is just how it works. Maybe that’s how you use the transfer market these days. It doesn’t hurt us just to be aware of how the game is being played though, eh?

Right, that’s your lot for this morning. I’ll be back tomorrow with more here, and a brand new Arsecast too. Until then, take it easy.

So far so good for Pablo Mari