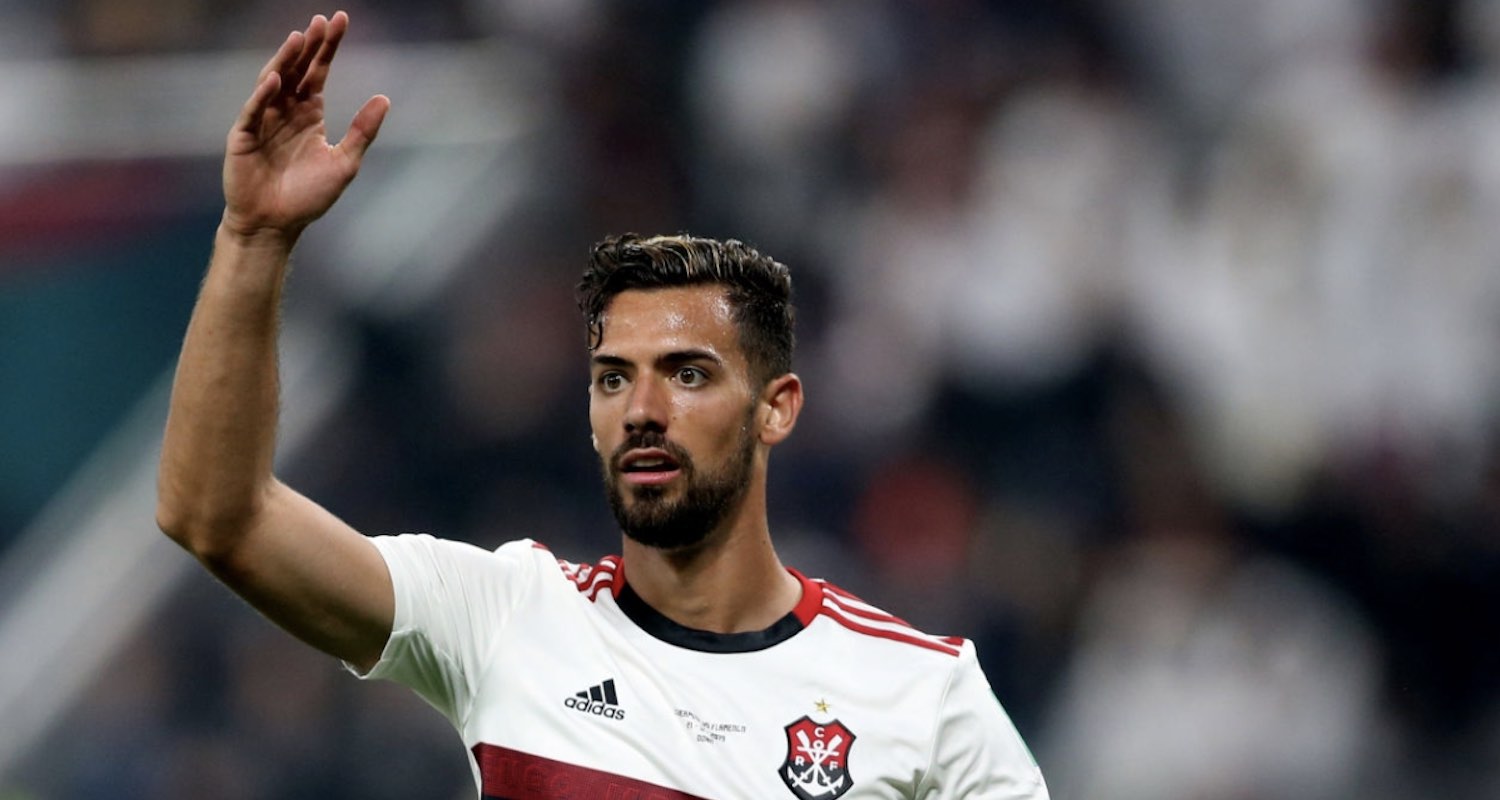 Pablo Mari’s transfer to Arsenal has come somewhat out of the blue. On Friday lunchtime, Mikel Arteta was telling the press that he was “50/50” on whether the Gunners would be able to bolster their squad, less than 12 hours later, Edu was being pictured with Mari at Rio’s Galeâo airport and latterly at Heathrow.

Despite his return to Brazil shortly afterwards, negotiations continued and the 26 year old today signed on loan until the end of the season. The Gunners have an option to make the deal permanent should they desire.

Mari is as curious a signing for Arsenal as he was Flamengo. Europeans seldom make the sojourn from Europe to South America. In that respect, Mari mirrored the unusual move Flamengo coach Jorge Jesus took. Jesus is Portuguese, of course, and was a surprise appointment for the Rio club. Brazil’s coaching culture is still insular and it is very rare for coaches outside of South America to move there.

Flamengo have been one of the few Brazilian clubs to invest sensibly and with a long-term vision in mind. They accepted a few years of domestic mediocrity to get their finances in order and sales of young talents like Vinicius Junior to Real Madrid enabled them to procure top-tier talent like Rafinha, Rodrigo Caio, Filipe Luis, Everton Ribeiro and Gabigol.

Fla put themselves in a position where they had the best squad on the continent, the arrival of Jesus truly elevated them, however, with a bold, progressive style of play. Flamengo play aggressive, possession-based football. Jesus’ style has sent Flamengo hurtling into the 20s and miles ahead of their domestic counterparts, easily winning the Brasileirão and then the Copa Libertadores.

Pablo Mari was one of Jesus’ first signings for Flamengo, not many people had heard of him and that is a rarity in Brazil too. Most transfers involve domestic players who move freely and often. Mari formed part of a Flamengo back four featuring a pair of hugely experienced full-backs in Rafinha and Filipe Luis and the very highly-rated centre-half Rodrigo Caio.

We didn’t know anything about him when he signed last year but he came through big time. Impeccable work ethic and we wish him all the success in the EPL https://t.co/ztqDuEq7Ue

Rafinha and Luís were well-schooled in Jesus’ more European style of play due to their successful spells at Bayern Munich and Atletico Madrid respectively. 26-year old Rodrigo Caio would have played at a high level in Europe were it not for a series of knee injuries at a young age – he failed two medicals at Valencia when he was 21. Mari slotted into a Flamengo defence that is very high on quality.

Jorge Jesus plays a very high defensive line with his full-backs well advanced. Willian Arão and Gerson provide good protection in front of the defence to keep them from becoming exposed. Stylistically, Mari is potentially a good fit for Arteta’s team, Flamengo broadly play the sort of aggressive, front-footed style Arsenal are looking to emulate. Arteta looks to push his left-back up the pitch and Mari is used to covering that left half-space at Fla with Filipe Luis encouraged to push forward.

Mari is also left-footed [he’s veeeery left-footed, Nigel Winterburn levels of left-footed] unlike all of Arsenal’s current centre-halves. He uses the ball well and can play long or diagonal passes with that left-foot too. He is often accused of being slow – I wouldn’t say he is slow per se, but I wouldn’t back him in a steeple chase with Sadio Mane or Raheem Sterling.

He is much more a reader of the game and he makes stand-up tackles, he is judicious and rarely leaves his feet to make challenges and is strong in one-on-one duels. His lanky frame makes his legs appear telescopic as he pokes them out to burgle opponents of possession, he has quite a Mertesacker-esque frame.

Mari is a solid all-round defender, it is difficult to pick out too many glaring weaknesses [well, maybe his right-foot] but equally there is no one thing he is outstanding at. He stays on his feet, looks to make interceptions and get touch tight to attackers. He has been well-appreciated by Flamengo fans since arriving in July, the concern would be that he came into an already highly functioning team and defence.

The presence of the still excellent Filipe Luís at left-back makes playing the left-sided centre-half role far easier and Rodrigo Caio is a very good partner for him in defence. Fla are so far ahead of their domestic counterparts and so good at pinning opponents back that their defence is rarely exposed.

Mari was the final piece of the jigsaw rather than the kingpin of a Flamengo defence that is better than Arsenal’s on both a collective and individual level. The superior structure Arsenal have erected under Arteta makes Mari a far better fit now than he would have 3-4 months ago, but it’s still a big jump from the Brasileirão to the Premier League and he was very well protected by his colleagues in Rio.

Flamengo’s season finished with the World Club Cup Final last month, they have since re-started with the state championships, but Mari and other first-teamers have not been involved in the Campeonato Carioca yet. For Fla this sale is a continuation of the shrewd business they have shown in recent years, selling a player they bought for around €1.3m in July fora tidy loan sum which they have already used to procure a replacement. For Arsenal, it’s a relatively low-cost option.

This looks more like a replacement for Chambers or Mustafi than Sokratis or Luiz.