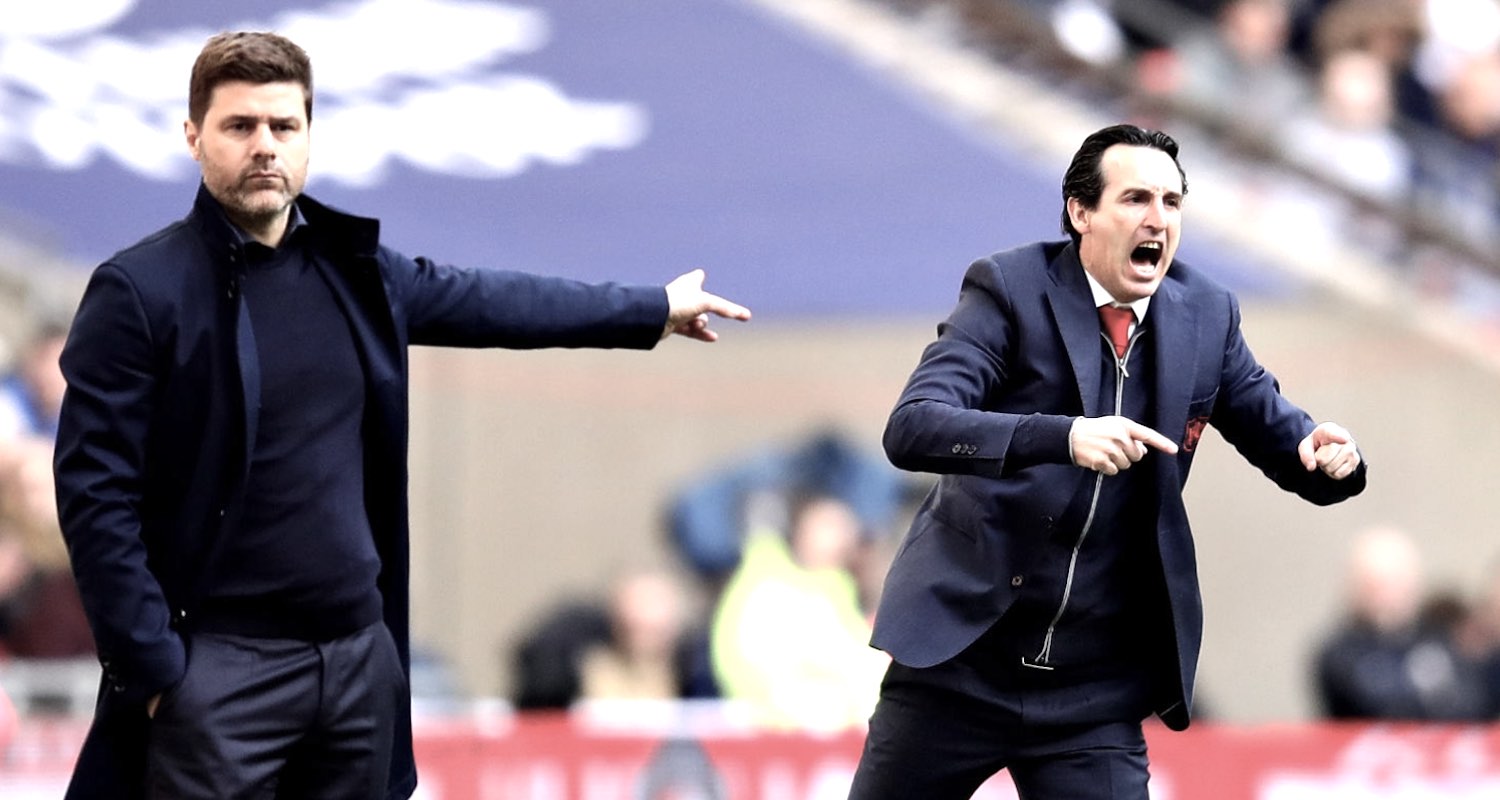 Still very little Arsenal news, but there are goings-on at a London club which are certainly quite interesting. Sp*rs sacked Mauricio Pochettino and look set to appoint Jose Mourinho. If you ask me, a match made in heaven: football’s biggest dickheads managed by football’s biggest wanker .

If you thought you hated Mourinho before now, wait until he’s in charge of that lot for a North London derby. It’ll be like getting a super power, which lets your Hate-O-Meter go to 11.

The dismissal of Pochettino looks a bit mad from the outside, considering what he’s done there. He established them as a top four side, brought them to a Champions League final, all on a relative shoestring. Was it last season he wasn’t given any money to spend at all? Basically, he’s had Sp*rs punching well above their weight for years now, and his reward for the first downturn in form is getting the sack.

This season their form is unquestionably poor. In the Premier League they’ve played 12, won 3, drawn 5, lost 4, scoring 18 and conceding 17 for a goal difference of +1. They sit on 14 points, 14th in the table. On the face of it that’s not good.

At the same time though, they’re just 3 points behind an Arsenal team who have played 12, won 4, drawn 5, lost 3, scoring 16 and conceding 17 for a goal difference of -1. That has us 6th in the table. Fine margins.

However, it seems that their decision to sack him is based not just on this season but last season too because as they made their way to the Champions League final and European football’s biggest prize, their league form suffered. Almost as if they didn’t have a squad big enough to cope with the two competitions, perhaps due to a lack of investment.

In their last 12 league game of 2018-19 they won just 3, drew 2 and lost the other 7. Blimey, that’s not great is it? In fact, that’s rubbish, the kind of collapse that another team might take advantage of to finish in the top four, for example, and be playing Champions League football this season.

Arsenal looked very well placed to do that with the kindest run-in in living memory, but somehow –  having drawn the North London derby and then beaten Man Utd and Newcastle – we took just 7 points from our final 7 games, and missed out by a single point.

‘Anything you can do, we can better!’

In the great North London collapse-athon 2018-19, we managed to out shite Sp*rs in the middle of their worst run of form since Pochettino and still allowed them to finish in the top four. Not to mention bottling a European final against a London rival who were about to sack their own manager, rather than losing to what is basically the best team on the continent right now.

Ahh, but apparently the Argentine has ‘lost the dressing room’, according to reports. I can’t speak to the veracity of those stories, but there are certainly some issues with player contracts, perhaps some factions within the club and clashes of personality that don’t sound especially healthy. That, apparently, was a key factor in Sp*rs decision which was ‘in the club’s best interests’.

It’s a good job we don’t have any of that at Arsenal. Such as our highest paid player falling out with the head coach within weeks of his arrival and that situation rumbling on ever since; our best midfielder sidelined last season for no good reason before allowing him to go to Juventus for free; our club captain going on strike during the summer to force a move away, in part because of how he was over-used after coming back from a very serious injury; waiting months to appoint a replacement, and by the time you did the bloke you gave it to had become a lightning rod for supporters’ frustration with the team’s continued poor performance; an inability to make that decision so the club psychologist recommended a player vote which appears to have done little but cause division in the dressing room; that captain then losing his shit when targeted with jeers and heckling from the fans before tell them where to go; stripping him of the captaincy, thus more or less making his position at the club untenable even as a player; making our striker captain then the club briefing against him in the media leading to a frustrated Instagram post within a week of taking the armband; or another midfielder basically saying ‘GET ME OUT OF HERE’ throughout the Interlull via his agent because he’s being played out of position and is thus unhappy with his role in the team.

Add to that the head coach pointing the finger at young players as a significant reason for our lack of form which stretches back to way before their regular inclusion; him suggesting his view of our performance levels was ‘realistic’, thus our frustration at 6 wins from our last 19 game was somehow unrealistic or unfair; and the disastrous briefing last week which required the club to issue a sheepish, conciliatory statement about how the fans aren’t just noise, I’m so, so glad everything is going much more smoothly here.

I am Pep Guardiola levels of so, so, so unbelievably happy that we’re not in that kind of mess. So happy guys, so, so proud.

Bottom line though, for all he’s done, Sp*rs decided that their form was enough to sack a manager who has done far more for that club than our manager has done for us. He genuinely improved them, provided consistency of results and league finishes, while dealing with under-investment and the remodelling of The Cheese Room.

Our form is really not that different, we spent big in the summer and backed Unai Emery who doesn’t have anything like the track record Pochettino had. My fear is that this turn of events will make the Arsenal hierarchy less inclined to make a change because we don’t want to be like them, or do what they do – but it now seems that what is not good enough for Sp*rs appears to be quite acceptable for Arsenal, and that’s a pretty depressing situation to be in.