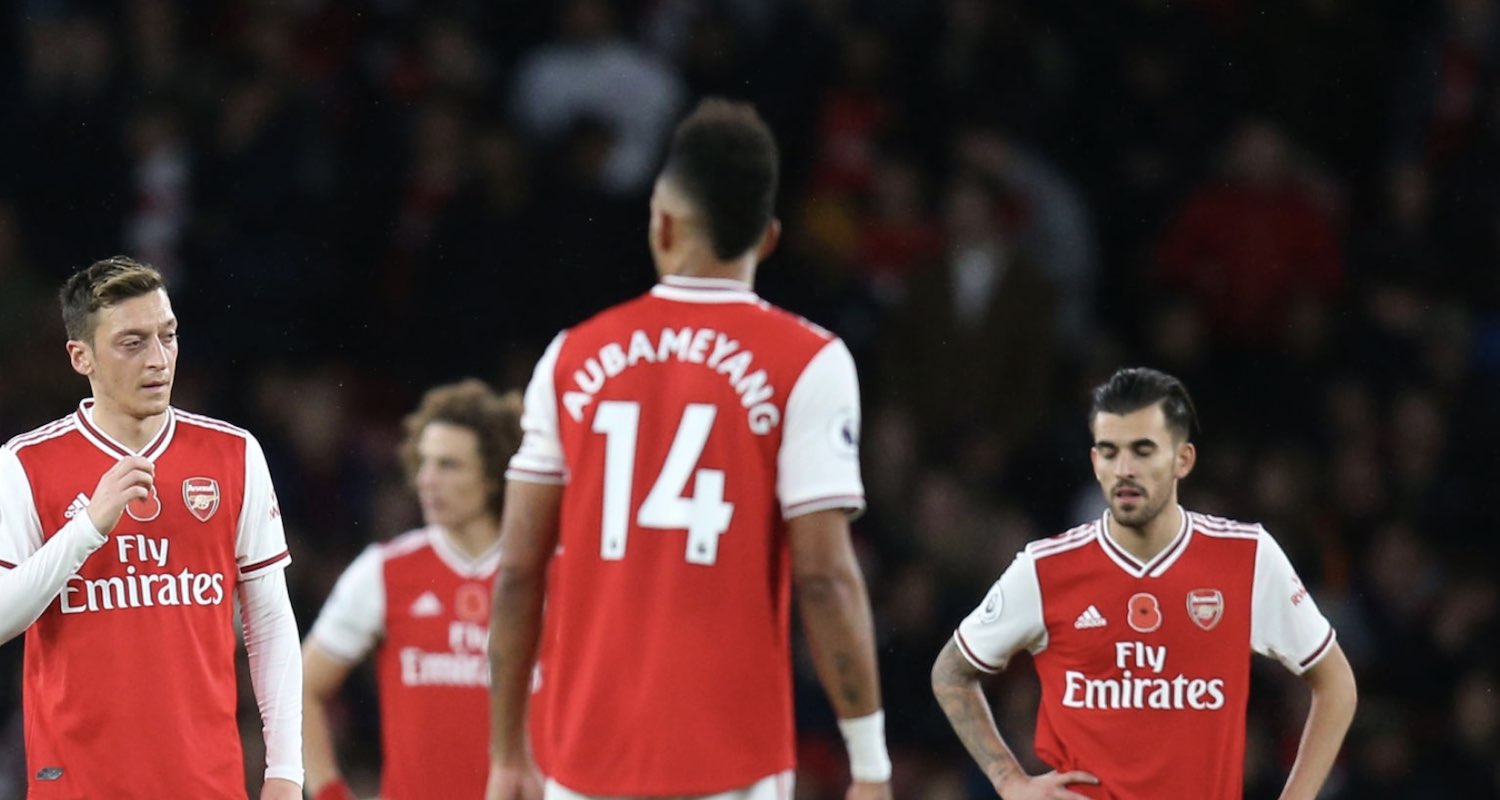 Hey, football is back this weekend and that’s … well … something. Normally, I can’t wait for the Interlull to end so we can get back to business, but given the form we’re in it’s difficult to get too enthused.

Hopefully a few good results can turn things around, and Rob Holding is trying to sound a positive note talking about what’s to come.

We’re eight points off the top four but if we have three wins in a week we’re back up within touching distance so it’s not crisis point by any stretch of the imagination. We need to keep calm, keep positive and keep working on what we need to improve on.

We just need to string a couple of wins together and I think that will lift the confidence again and hopefully set us off on a run.

Interestingly, Sokratis used the C word in an interview with the official site. No, not the one that immediately springs to mind when you think of the new Sp*rs manager, but like his central defensive mate, confidence:

If we find one or two games where we can play very good and have a good result, after the team will take confidence and after that we have the quality. The quality is here but I think we need confidence.

It’s not exactly the greatest rallying cry of all time, but I think it’s probably a pretty honest appraisal of where we are and how the players are feeling. For me, the big frustration is that I think there’s real talent in this squad – particularly from an attacking point of view – but we’re not getting anywhere near enough out of the players we have.

If you thought there wasn’t any real way to do better than we’re currently doing, you’d either be completely and utterly resigned to a season of turgid mid-table scrapping, or going absolutely bat-shit about how we need to improve the squad in the transfer market the minute it opened. I think it’s quite telling that despite our current form, you don’t hear a lot of people saying the solution is to spend more money.

That’s not to say we can’t or shouldn’t, any really ambitious club should always look for opportunities to improve the squad, but right now it feels like people are more or less singing from the same hymn sheet about where improvement is most likely to come from – and that’s somebody else picking and coaching the team.

Confidence is one of those things that’s hard to quantify, it’s an intangible, but we can all see a team that has it and one that does not. When you lose it, it takes time to rebuild it. As Arsene Wenger once said, “You go up by the stairs, you go down by the lift”, so when it goes it goes quickly, and you have to trudge back up via the stairwell. We saw it more than once over the years with his teams, a good run of results would be halted and it might take us a while to get going again.

In Premier League terms though, I’m trying to think about when the last time you saw a truly confident Arsenal performance. It definitely wasn’t this season. Last season we had some impressive games in the Europa League, especially the quarter/semi-finals when we beat Napoli and Valencia, but with hindsight it’s hard not to wonder if the focus on those games in some way contributed to the poor end to the domestic season.

It’s been a while since this team has played with much confidence, and without that you get performances like the ones we saw before the Interlull; or the one which saw us drop points at Watford from a winning position where, as soon as things started to turn the other way, we completely went into our shells. It was after that game Granit Xhaka said the team were ‘scared’, and I know I’ve said this before but the more the season goes on, the more I view that as him being critical of the team’s set-up and instructions than just making a typical post-game excuse. Perhaps it doesn’t fit in with what people think of the former captain now after all that’s gone on, but the last few weeks have illustrated pretty clearly that he’s not afraid to say what he wants, and in this case I firmly believe his comments were aimed at Unai Emery.

Holding and Sokratis do have a point though: winning some games will help. I’m also not sure the players examine games and performances as forensically as fans, so perhaps they don’t feel as burdened by what’s going on as we do right now. I guess the evidence will be in the way we play on Saturday when Southampton visit the Emirates.

Meanwhile, the Lucas Torreira stuff rumbles on – and this has been one of those classic international breaks where all kinds of comments have come out about his future. From his agent saying he’s unhappy to the player himself saying he’ll wait and see what the transfer window brings and oh yeah I’d love to play for Boca Juniors one day. That’s Italy, Spain and Argentina touted as potential destinations that are NOT Arsenal in the last seven days.

He says he’s focused on Arsenal but this is a situation which is clearly not ideal, and it speaks to how he’s feeling at the club right now. It’s one that requires leadership from the people running things, and by that I mean Raul and Edu. While this might be a by-product of how Torreira is being treated by Emery, there’s a layer of football officialdom above the head coach that should be managing situations like this, so let’s see if they can calm the waters on his return.

Ok, that’s enough for this morning. I’ll be back tomorrow with a brand new Arsecast, and if you want something to listen to in the meantime, there’s a back catalogue of stuff on our Patreon, including a new episode of Waffle in which James and I talk about anything except Arsenal. Sign up at patreon.com/arseblog for just €5 per month.

Finally, don’t forget to give us a vote in the FSA Awards for Best Fan Media: https://www.surveymonkey.co.uk/r/fsa-awards-2019

Till tomorrow, and we’ll have team news updates etc over on Arseblog News.