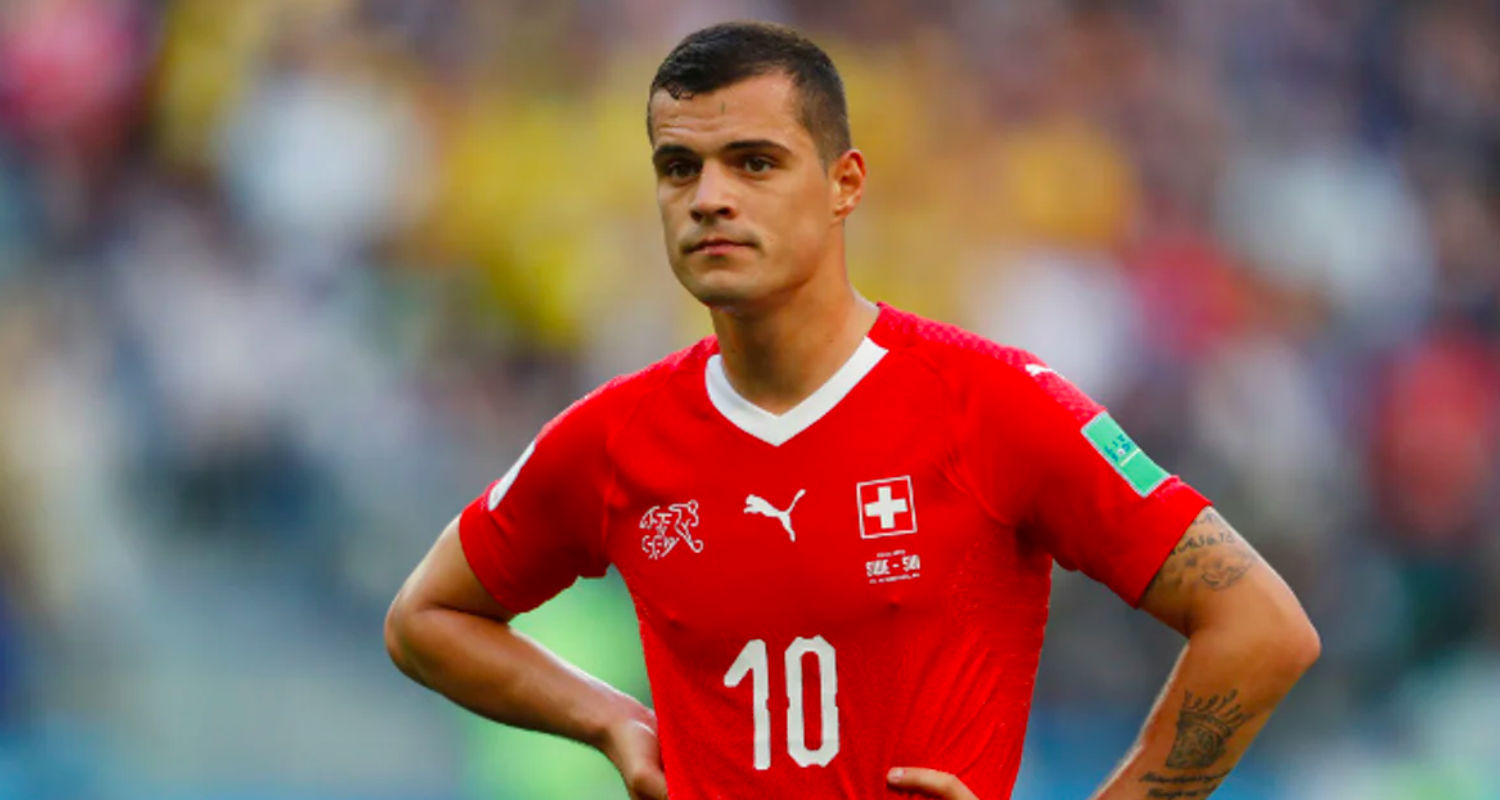 The Interlull is drawing to a close so let’s crack on with a quick review of Sunday’s international action as another round of Euro 2020 qualifiers took centre stage.

It sounds like Granit Xhaka may have picked up an Achilles injury during Switzerland’s 4-0 win over Gibraltar. Our midfielder hobbled off on 74 minutes after undergoing treatment and, as you can see in this video, seemed to be in a fair bit of discomfort when he spoke to coach Vladimir Petkovic.

There’s no news on how serious it is but with Joe Willock withdrawing from England under-21 duty last week and Lucas Torreira also the subject of an injury scare – he was subbed before half time in Uruguay’s 2-1 win over Costa Rica on Saturday – Unai Emery is already facing a potential selection headache this weekend.

Last week, Tim Stillman wrote about watering down our reliance on Xhaka. We won’t get an update from Arsenal’s medical team until Thursday at the earliest, but perhaps this will be an early chance for us to refactor our midfield.

Prior to Switzerland’s win, Xhaka hinted that he could sit out his country’s upcoming fixtures with Denmark and Ireland because his wife is due to give birth in October. Apparently, teammate Haris Seferovic was given special dispensation to leave the Swiss camp this week when his partner went into labour and Granit has said he’ll probably do the same. You can’t really argue with that, some things are more important than football. That said, the way a few of the papers spun the comments you’d think he was planning to sack off football until his newborn turns 18.

Elsewhere, Sead Kolasinac grabbed an assist but it was Henrikh Mkhitaryan who earned the plaudits as he scored twice and set up two others to help Armenia to a shock 4-2 win over Bosnia and Herzegovina. With their chances of qualifying for Euro 2020 in tatters, Bosnia coach Robert Prosinecki subsequently quit.

I wonder whether Micki’s move to AS Roma might suit him in the same way it worked out for Gervinho. To the surprise of many, the Ivorian became one of the stars of the Stadio Olimpico having left Arsenal with a reputation for being similarly inconsistent/maddening to watch. What’s that? You don’t care? Ok, moving swiftly on…

Having been brilliant against Romania, Dani Ceballos was an unused sub as Spain beat the Faroe Islands 4-0 in Gijon. In Athens, Sokratis played the full 90 minutes as Greece conceded a late equaliser to draw 1-1 with Liechtenstein. To put into context how bad a result that is for the Greeks, it was the away side’s first goal for three years and their first point in four.

Four players still have games to come this week. Bernd Leno and Reiss Nelson are potentially in action for Germany and England’s under-21s respectively. Matteo Guendouzi has another chance to make his senior France debut on Tuesday against Andorra. And we’ll be keeping an eye out to see if Lucas Torreira features against the USA in the early hours of Wednesday.

Those who’ve been away will start to return in dribs and drabs over the next couple of days and from Thursday onwards it’ll be all hands on deck as we prepare for the short trip to Watford.

After mustering just one point from their opening four games of the season, the Hornets sacked Javi Gracia on Saturday and immediately replaced him with fellow Spaniard Quique Sanchez Flores; the man who led them to a mid-table finish in 2015/16. Is it just me or do a disproportionate number of teams wait until they are about to face us before sacking their manager? I swear this happens all the time.

Given Watford are propping up the table and conceded six goals in their previous two home games this season, I was hoping Vicarage Road might be flat and frustrated on Sunday. Now I worry a reunion with Flores will energise the fans and inflate Troy Deeney’s giant cojones. That said, our record against them has been pretty good in recent seasons.

Finally for today, a quick word on Arsenal Women who started the defence of their WSL title with a hard-fought 2-1 win over West Ham at Boreham Wood yesterday. (Reaction here)

Beth Mead hammered home a cracking effort to break the deadlock and debutant Jill Roord, signed this summer from Bayern Munich, doubled the lead just before the break. It sounds as though we squandered a few chances to extend the lead and by the time I tuned in we were hanging on for the victory. Keeper Manuela Zinsberger produced a fine save in stoppage time to palm an effort from an indirect free-kick onto the bar. Uneasy lies the head that wears a crown…and all that jazz.

Off the back of this summer’s World Cup in France, it was interesting to hear that 31,213 were at the Etihad to watch City beat United 1-0 in the Manchester derby and 24,564 took in Chelsea’s win over Sp*rs at Stamford Bridge.

While there’s obviously an increased appetite, Joe Montemurro, the Arsenal head coach, has preached caution and thinks the WSL should be realistic about what it can achieve. Rather than trying to emulate the men’s game by playing games in big stadia all the time, he thinks it should evolve within its limits.

“We have to be careful in women’s football,” he said at the weekend, “because if we are expecting Stamford Bridge or the Emirates to be full every week, it won’t happen. A one-off, yeah. A derby, yeah. But if we expect middle teams to be getting 30,000 or 40,000 people, it’s not going to happen. We have to be smart about that.”

He added: “We are on an upward curve. It is all brand. You get an Arsenal-Barcelona semi-final in the Champions League in women’s football, you’re going to get the crowd.

“Purpose-built boutique stadiums with 10,000 or 15,000 capacities, let’s fill them, let’s make them attractive.

“Then the product on television is going to be attractive. The viewers will see a game in a beautiful little stadium, great football, more attractive, more fans. These athletes are amazing and the growth will happen but let’s grow it organically. Let’s not take three or four steps back.”

He sounds like a smart man does our Joe.

That’s your lot for today. Blogs is back from his holidays on Wednesday so I’ll be back here for one last post tomorrow. In the meantime, you can find me on Arseblog News.