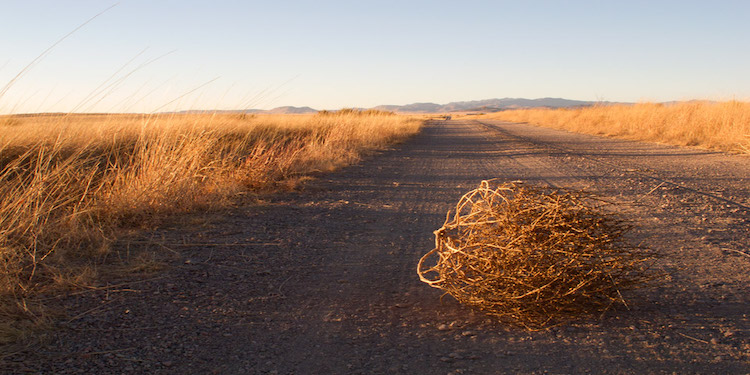 Good morning to you. It’s a super quick update from me for a variety of reasons. I’ve got a hectic day ahead of me, starting with an early session at Rugby Tots. Calling it “rugby” is actually a little generous considering it’s for three-year-olds. It’s more running around a lot and hoping not to smash into some other toddler too often. Which, now I think about it, isn’t that a poor a description of actual rugby (minus the toddler bit). At least at Rugby Tots they don’t stick their fingers in each other’s eyes or grab each other’s genitalia. Or at least, not much, and even if they do it’s by accident. Usually. I’m sure they’ll be taught about the dark arts as they get older. That’s how it works, right?

The other reason it’s a super quick one is that I opened NewsNow this morning to have a look at the latest Arsenal stories, and I got an actual picture of a tumbleweed. Even looking around the Interlull results, I’m struggling to find a huge amount of interest from an Arsenal point of view. I guess that’s where we’ll start though.

And, erm, well, Matteo Guendouzi was on the bench for France as they beat Andorra Albania. He didn’t make it onto the pitch to actually play, but he was on the bench. I’m not quite sure that really counts as genuine Arsenal interest. In fact, I am sure – it doesn’t – but hey. There’s a barrel here, and I’m going to scrape it as best I can. In a rather embarrassing mixup before the game, the Andorran anthem was played instead of the Albanian one. I suppose it’s an easy enough mistake to make. Both countries’ names begin with the letter A, after all.

There’s been a fair number of compliments coming Guendouzi’s way over the way he’s started the season, and rightly so. Earlier in the week, football luminary Darren Bent said that Guendouzi looked like he’d been playing in Arsenal’s midfield for years, and none other than Super Bobby Pires has called Guendouzi a “warrior” (£), who just wasn’t willing to lose the game against the Spuds. Guendouzi’s assist for Auba’s goal has rightly attracted a lot of attention. It obviously needed Auba’s talent to apply the finish, but the ball through to him was perfect and meant the Gabonese just needed to touch it on its way. TalkSport has a piece about how the Arsenal midfield might look in a few years time, and they note that if Guendouzi continues to improve, we may lose him to a bigger club. I guess we’ll have to wait and see about that.

Moving on, another player whose performance in one of the Interlull’s games is still attracting attention is Dani Ceballos. The midfielder played a key role in Spain’s win over Romania, as reported by Andrew Allen earlier in the week. Since then, some stats have been published that show just how influential he was:

Ceballos was the star for Spain last night:

To top it off, he played this pass in the build-up to the second goal. #AFC pic.twitter.com/tBUAyr2Qqp

Considering he only played 76 minutes, that’s really rather good. There’s been some talk in the papers about whether we might be able to make his deal a permanent one, but if he continues to perform like that, it’s hard to see how Real would sanction a sale. Ceballos apparently hasn’t been terribly encouraged by Real’s manager, Zidane, and it’s said his future might depend on whether Frenchman stays in charge at the Bernabéu. With Real’s start to the season not having been sparkling, it’s possible he could get the can like so many managers before him at that club, but even if he doesn’t, it’s hard to imagine Real don’t see what we do, and Ceballos himself was pretty clear that he only sees his time in London as part of his development as a Real player – and that’s fair enough, I suppose. I’d be delighted if there were some way we could get him though. I think he’s shown enough in even the opening games of the season that he’d be a real asset (if you’ll excuse the pun).

Finally for today, newly minted Player of the Month and winner of Goal of the Month for August, Pierre-Emerick Aubameyang, and other players at the club, have shown solidarity with a ten-year-old Sikh girl who was told she couldn’t play football with some older kids because she was “a terrorist”. There’s just so much wrong with that it beggars belief, but it’s great that the club has reached out and supported her. What the fuck is wrong with some people? Honestly. Best wishes to her and her family.

Right, that’s your lot, I’m afraid. That’s all from me. I’m going to go and watch my child run around like a lunatic and kick odd-shaped balls.

Have a relaxing Sunday!