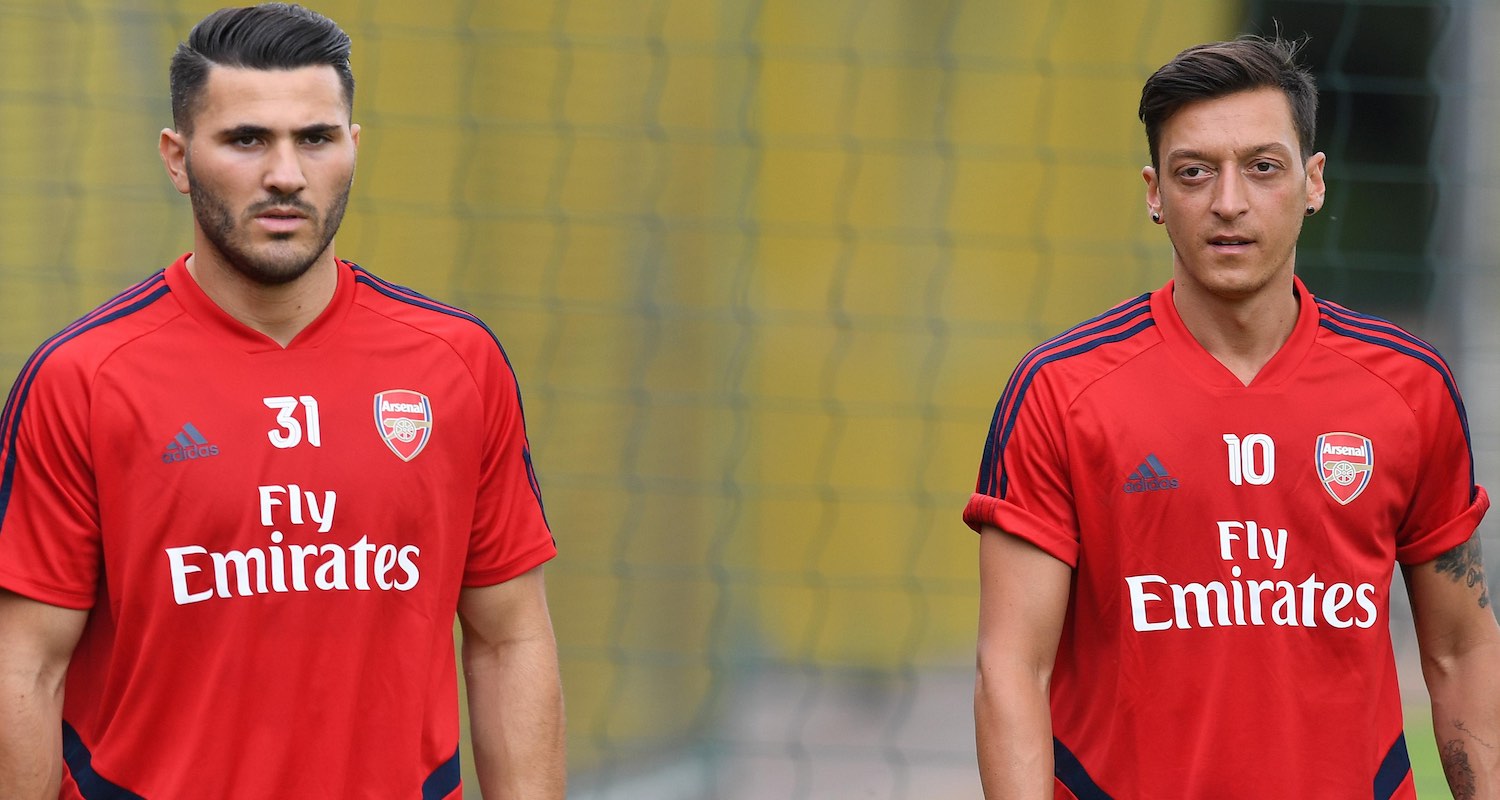 Morning, let’s round up the news ahead of our Premier League opener against Newcastle tomorrow. We can leave team news till tomorrow when we preview the game, but the big story is that both Mesut Ozil and Sead Kolasinac will miss the game after what Arsenal called ‘security incidents’ took place over recent days.

‘Late night’ threats have been been reported, and the club took the extraordinary step of releasing a statement about it yesterday afternoon. It reads:

Mesut Ozil and Sead Kolasinac will not be part of the squad for our opening match against Newcastle United following further security incidents which are being investigated by the police.

We look forward to welcoming the players back to the squad as soon as possible. We will not be making any further comment on the matter.

Of course everyone will remember the attempted carjacking a couple of weeks ago when the Bosnian saw off a couple of knife-wielding thugs, and it seems clear that what’s going on is connected with that in some way. The first thing to say is that while it’s disturbing that outside influences can impact on our team selection in such a way, the club’s first responsibility is for the welfare of its employees.

Secondly, it has to be very serious and frightening for the players and their families to be going through this. This isn’t something to joke about regarding Ozil not playing away from home. There must be some credible threat to him and Kolasinac which has prevented them from travelling with the squad. If these people know where they live, and they also know that for 48 hours the players are going to be in Newcastle, then it leaves their wives/properties vulnerable.

The other thing to point out is that they can obviously afford security, minders, bodyguards, whatever you want to call them, but even with that there’s something so serious going on they can’t play. I guess it probably wasn’t helpful after the initial incident that sections of the media made it fairly obvious where they lived, with Sky even turning up outside Ozil’s house to make sure everyone could see what it looked like. Good work fellas.

Whatever the nuts and bolts of this, let’s hope there’s a resolution quickly, but I don’t quite know how that happens. It’s not like you can broker peace with people like that, so this could well rumble on for a while. For the players safety and peace of mind, however, it’s important that some solution is found, and afterwards we need to have our full squad available to us at all times. It’s a really strange situation though, I can’t ever remember anything like this before, so it’s not one we have a frame of reference when finding an answer.

Meanwhile, Unai Emery says he’s told Shkodran Mustafi he can leave the club this summer. More than once, it seems:

He goes on to say that if needed he’d have no problems playing the German because he’s a ‘good player’, but Emery’s words must surely be something like the final nail in his Arsenal coffin now. Everyone is aware that the club are trying to move him on, he’s lost confidence and many people have lost faith in him as a player, and at this point it would be in everyone’s best interest if there was a parting of the ways.

We have until the transfer windows close across Europe to sort out a transfer. It’s August 18th for Italy, September 2nd for France, Spain and Germany. Maybe Emery making it public weakens our hand in negotiations, but it’s not a particularly strong one anyway. It’s common knowledge we’d like to sell, his performances are such that he’s not the kind of player anyone’s going to overpay for like we did when we brought him in from Valencia, and if we can find a suitor we’re probably going to take a serious hit on that £35m fee we paid in 2016. Sometimes though, you just have to take what you can get and move on.

In the next 20-25 days some players will leave. It’s the reason, I want to close our squad clearly.

This is also having an impact on our captaincy, with the Spaniard saying he’s going to wait until his squad is finalised before making a final decision on that and his five captains:

At the moment we have three captains: Xhaka, Mesut and Nacho, and I want to take two more because my opinion is the same as it was in the pre-season with five. Now in the next 25 days we could lose some players.

You know, I get the criticism of the five captains thing. I don’t think there’s anything wrong with a leadership group per se, but it would be far preferable to have one captain, a vice captain, and leave it at that. This is where I have some sympathy with Emery though. Who is that player in this squad right now? The most obvious candidate is Granit Xhaka, who does have the kind of personality for the role, but by handing him the armband do you wed yourself to him as a first choice pick?

Left field suggestion: what about Pierre-Emerick Aubameyang? I know he’s not the archetypal captain, but he’s popular in the squad, experienced, and is basically going to start most of our Premier League games. I can understand why Emery is finding it difficult though, there are issues with Xhaka that might see him fall by the wayside as a player throughout the season, while Monreal could go, Ozil is not any kind of captain – it’s just not in his nature, and it’s not like in the past where there was an obvious, outstanding candidate.

Five captains allows the manager to rotate without the ‘OMG HE’S DROPPED THE CAPTAIN’ kinda drama going on. It’s not ideal but in the absence of that one true leader, it’s not the end of the world either. Anyway, it’s a can we’re going to kick down the road a bit, so we’ll find out in due course.

For some extra reading this morning:

The Arseblog Season preview in which Tim Stillman, Andrew Allen and I assess the squad and its readiness for the new campaign.

The Tactics Column – Lewis takes a look at how the new signings will fit in, and what impact they’ll have on the way the team plays.

Right, that’s your lot. I’ll leave you with the brand new Arsecast, looking forward to the new season and lots more. Listen/subscribe below.