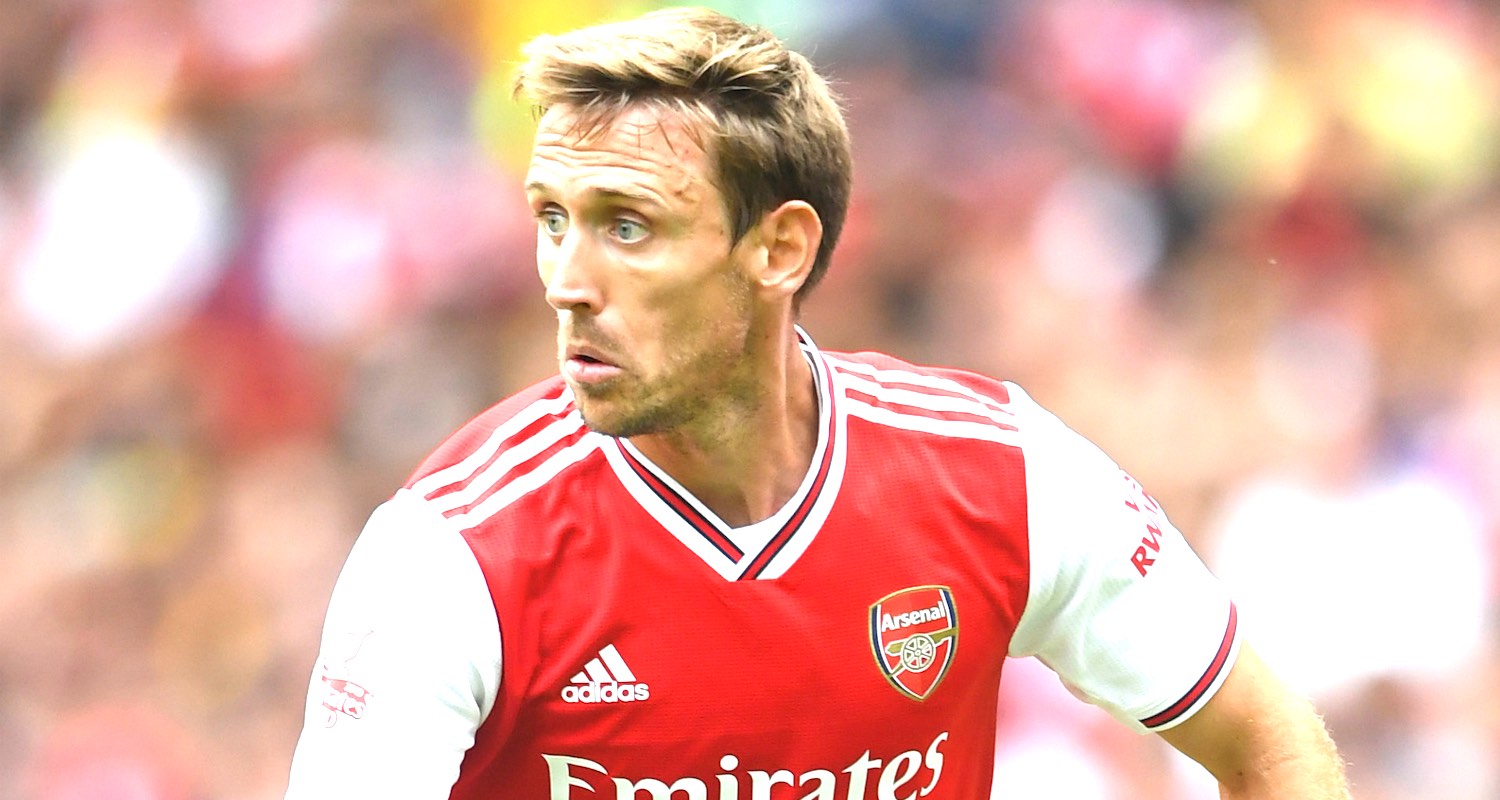 It seems a bit odd to start a blog at this point of August with a transfer story, but while the window has closed for Premier League clubs, across Europe they remain open until September 2nd. Obviously there are a couple of players we’re actively trying to move on, and Unai Emery spoke in frank terms last week about Shkodran Mustafi and Mohamed Elneny, basically telling them they need to leave the club if they want to play.

However, while I’m sure our efforts to find them new homes continue, it’s a player who has featured in all three Premier League games so far that seems to be closest to the exit door. Links with Nacho Monreal and Real Sociedad have intensified over the last few days, and some reports yesterday said a deal could be done in time for him to play for his new club in the Basque derby with Athletic Bilbao on Friday.

Now, in general, I don’t think selling Nacho in itself is necessarily a bad thing. He is 33 now, and will be 34 in February (until that time though he remains 33 because that’s how it works), so he’s very much in the September of his career. He might want to play a couple of seasons back home in Spain, and I suspect we’re more willing to accommodate that given his professionalism, the fact he turned up to work, didn’t refuse to go on a tour, and has actually been a super solid player for us since he joined in January 2013.

I saw one report which said that we might even let him go for a minimal fee, but in exchange for his services we’d get first option on some of the more promising talents at Real Sociedad. I don’t know how true that is, but it’s certainly a creative bit of wheeling and dealing. They have had some talent come through that club down the years. The likes of Xabi Alonso, Antoinne Griezmann, Inigo Martinez (‘You killed my father, prepare to die’), and right now there’s a winger called Mikel Oyarzabal who is attracting interest from the likes of Barcelona and Man City. Could this be another way in which Arsenal can, as Raul Sanllehi said, ‘outsmart the market’? I guess it’s only positive if there are players there we actually fancy and who could make our squad, but it’s an interesting idea nonetheless.

Where I would take slight issue with it though is the timing. We have a North London derby on Sunday, and I’d rather have Nacho with us for that than not. I know that during the summer there’s been a bit some focus on the training ground regarding Sead Kolasinac and his ability/suitability to play in a back four, but there’s no question that he’s far more suited to a wing-back role. Ironically, if you were going to play with wing-backs against Sp*rs, your ideal back three would include Nacho alongside Sokratis and Luiz, so his departure could have an impact on how we line up for the derby. Would Emery be prepared to play Kolasinac in a back four, or would the lack of what he considers an out and out full back force him into a formation change?

Of course the driver for any departure is the fact that we signed Kieran Tierney for £25m, so having three left-backs in the squad is one too many and somebody has to go. Personally, I’d be more inclined to let the Bosnian go, take in a decent transfer fee, and allow Nacho to play out his final season as back up to the Scotsman. During that year your scouts are out there looking for a young player to come in next season, or you spend some time developing a young player already at the club to do that job. However, I can see why the Monreal sale makes sense, and there’s no reason why your scouts can’t do exactly that with a view to selling Kolasinac next summer.

If the Monreal thing is going through, I think it’d be strange timing for it to happen before Sunday though. I don’t really buy into the idea that if he knows he’s leaving he’ll somehow be below par if he has to play against Sp*rs. He knows that game as well as almost anyone else in our squad, and he’s such an experienced player he’d be well able to manage that situation and still give 100%. It could all be arranged beforehand, and like he did when he joined us from Malaga, he could make another deadline day move – using the Interlull to do all the tedious stuff like moving, packing, settling in and so on. It’s one to keep an eye on over the next few days anyway.

Elsewhere, Bordeaux are reportedly interested in Elneny, with some suggestion Galatasaray might be interested too. Over the years, we’ve learned to take speculative links with Turkish clubs with a serious pinch of salt. And by pinch, I mean a dinosaur’s ballbag full of the stuff. I think Elneny’s father was on record last week saying he’d prefer his son to stay in the Premier League, but given that’s now impossible in this transfer window, a move abroad is the only option if he wants to play anything other than a peripheral role during this campaign.

Our midfield is a competitive place right now, so with Lucas Torreira, Granit Xhaka, Joe Willock, Dani Ceballos and Matteo Guendouzi all ahead of him, there’s little chance of him featuring consistently – bar an injury crisis. There is an interesting debate to be had regarding the ideal midfield set-up, and the presence of Granit Xhaka in it is exercising a lot of people right now. I know it’s anecdotal but I’ve noticed a serious rise in the level of online invective towards the Swiss international in recent weeks.

Perhaps now he’s the focus for people’s ire with the expected departure of others, but while I think he’s a player we should probably lessen our reliance on, I’m a bit taken aback by the ferocity of opinion over him. I realise we can’t necessarily take the worst excesses of online intercourse as the true measure of public opinion, but something has changed and it’s not that positive. Especially when I think he’s a player who will play regularly enough this season whether people like it or not.

Right, any breaking news throughout the day can be found on Arseblog News, more from me here tomorrow.