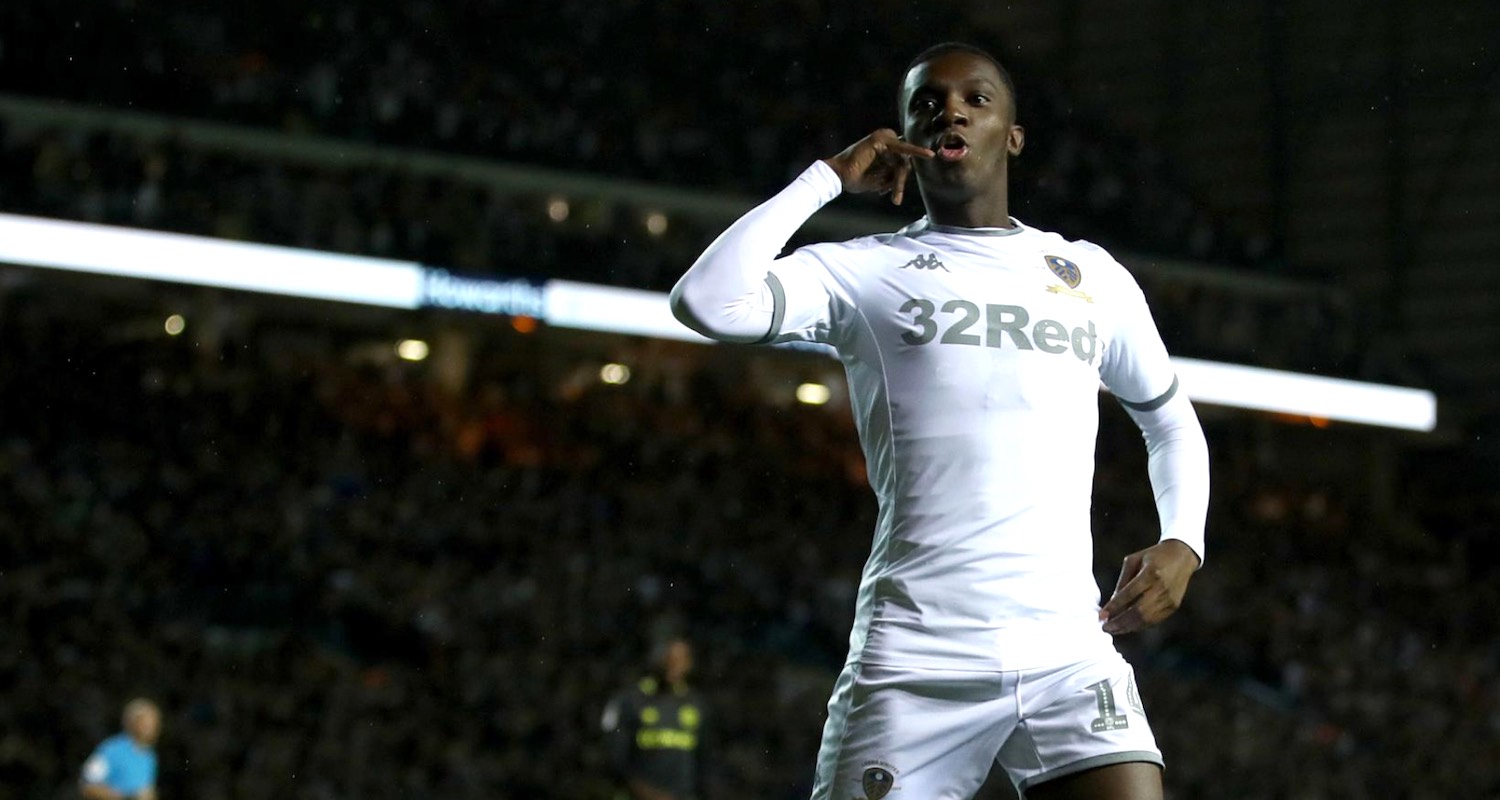 Those of you who have been long time readers of Arseblog will know that I harbour a deep resentment towards Leeds United. This goes way beyond that brief period when they were a good Premier League side, and way beyond that Mark Viduka goal (argh!), but back to when I was a kid and in school in the north of England. There was a Leeds United bully who didn’t care for an Irish Arsenal supporting kid, and since then I’ve not had warm thoughts towards that club. Maybe I’ve mellowed a bit in recent years, but that might have something to do with the fact they’ve been irrelevant to us due to all their relegations and stuff.

So, there’s part of me that is watching Eddie Nketiah’s loan there with real interest, and the young Arsenal striker was on the mark again for them last night when they faced Stoke in the Carabao Cup. Let’s make one thing very clear: my disdain for Stoke far outweighs my aversion to Leeds, so it was a bit disappointing that they won last night on penalties.

But the main thing is that Eddie scored again, capitalising on a mistake by Jack Butland to make it 1-2 on the night. Leeds equalised, the game went to a penalty shoot-out, Eddie scored his spot kick but ultimately his side were eliminated when someone else missed. So Stoke won, boooo, but Leeds lost, kinda yaaaay.

It’s three goals in four games for Nketiah now, plus one in an U23 game, so he’s doing everything there you’d want him to do. This is such a big season for him too. He could have stayed and played Europa League for us, but so far you have to say the decision to send him out on loan is paying dividends. It’s still only August, and the thing he has to do is show he can do it for duration of the 2019-20 campaign. Chances are he’ll hit a period or two when the goals don’t come, or his form dips. How will he deal with that?

Given how much work went into deciding where to send him, you can be sure the club will be keeping a really close eye on him throughout this loan spell. Last season Reiss Nelson spoke about how Per Mertesacker had been in touch during his time at Hoffenheim to offer advice when he was going through a difficult period, and no doubt Nketiah will have that kind of support should he suffer similarly. For now though, he’s banging them in, Leeds are top of the Championship, and it’s all going well.

As a kind of aside, it looks as if Alexis Sanchez is going to join Inter Milan on loan, a move which will end his miserable time at Manchester United. It’s fair to say there’s been no real winner from the swap deal involving the Chilean and Henrikh Mkhitaryan coming the other way. However, there’s no question who the big loser is. It’s Man Utd, just in case that wasn’t clear.

I don’t have any bad feeling towards Alexis really. When he was with us, he was a hell of a player and for the most part he was fun to watch. I know he frustrated some people, and he was a bit of an oddball, but he liked to do stuff and make things happen – and when he pulled that off it was often sensational. Sure, it got a bit tetchy towards the end, but Arsenal played their own part in his unhappiness, pulling the rug out from under a deal to sell him that summer to Man City – something we really, really should have done given how the rest of it played out.

However, United’s decision to pay him the equivalent of the GDP of a small nation every week was ridiculous, not least because it looked clear to Arsenal fans that Sanchez had hit something of a wall physically. No human could maintain that kind of schedule, where he basically played for 11 1/2 months of the year for his club, plus various international commitments every single summer from 2013 onwards, and not be affected by it. United obviously wasn’t the right club, and it was definitely not the right time under a Jose Mourinho who was rapidly losing control, but mostly I think it comes down to Alexis being basically banjaxed and losing form because of that. His batteries weren’t so much run down as completely exhausted.

On the upside though, it’s cost United a fortune, and now he’s leaving they’ll probably have to pay him off with a massive chunk of money. Another Ed Woodward classic. I hope Alexis finds some of what made him fun again in Italy. Sometimes a player can be at the wrong club at exactly the wrong time, and I think that’s what happened here.

Finally for today, the genius of David Squires is not something I really need to remind you of. If you read him regularly you’ll know he’s a cartoonist whose brilliance comes from the fact he can make you laugh so easily, but also because he can marry that humour with seriousness when required. This week’s cartoon is the perfect example of that, as he touches on the situations at Bury and Bolton.

Since publication, Bury have been expelled from the Football League because of a financial collapse and the malfeasance of their owner. Today, Bolton Wanderers, a founder member of the football league, might follow because of a very similar situation with their ownership. It’s easy to look down from on high, at the top end of the Premier League with all the money sloshing around, and not care, but I think as football fans we have to step back sometimes and come together for the good of the game.

The EFL have allowed unfit owners to buy football clubs and run them into the ground. You might remember last season when we faced Blackpool in the FA Cup and I spoke to the head of the Blackpool Supporter’s Trust about how their fans were boycotting the game because of their ownership. Thankfully for them that situation has been improved, but for fans of Bury the worst has happened, and the same might apply for Bolton later today.

I have no real love for Bolton due to our rivalry down the years, but the idea that your football club could be put out of existence due to the greed of businessmen who have no idea what it means to fans – and more importantly/sadly – don’t care what it means, is something all football fans should rail against. It’s why the EFL need to be held to account, and why much stricter rules about how can own football clubs which are vital parts of communities up and down the UK have to be put in place.

Nor should we rest on our laurels. Arsenal fans aren’t alone in having concerns about ownership. Josh Kroenke’s recent increased profile and interviews have calmed the waters, and that’s great, but ultimately we’re at the whim of one organisation who can do whatever they see fit with this club and there’s nothing any of us can do about it. KSE may be ambitious and want the best for us right now, but that’s only true until it isn’t. The prospect of a European Super League is obviously something that owners want more than fans, and then what they want wins out regardless of what we think about because the financial benefits will outweigh any supporter sentiment.

The money in football is an issue on many levels. It can bring success, but it also attracts greedy, bottom feeding vultures whose only interest is a piece of that pie. They’ll do whatever it takes to get it, and if that means clubs go to the wall, they’re prepared to do that. Meanwhile, it’s the fans who suffer, not these sharks who will liquidate another business and go on with their lives without a care in the world. That can’t keep happening.