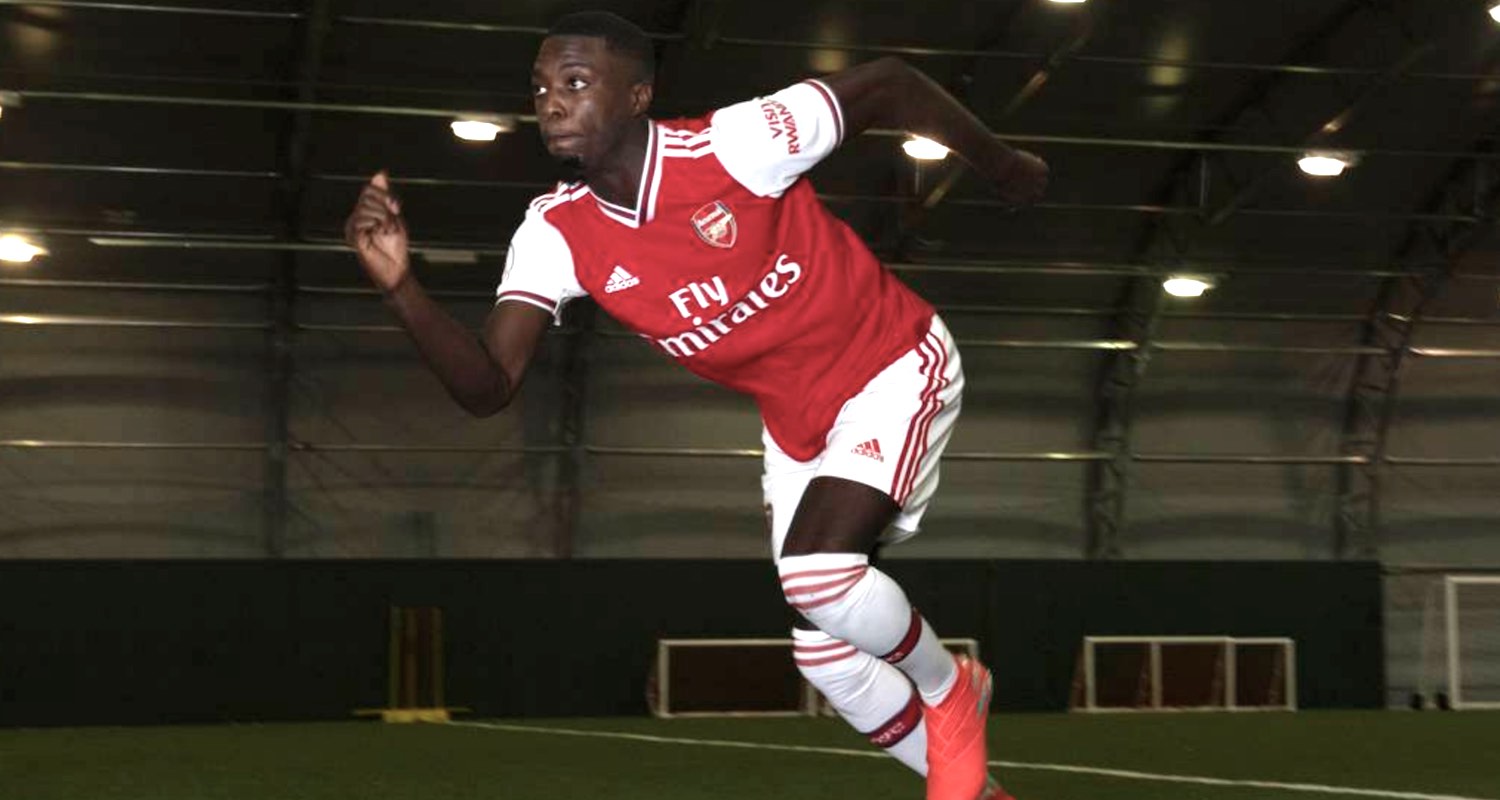 Arsenal broke their transfer record for the third time in three years yesterday, signing Nicolas Pepe from Lille in a deal worth £72m. What will he bring to the team, and what kind of a player is he?

Following their failure to secure Champions League football via two different avenues, the immediate future at Arsenal looked bleak. Exciting transfer links quickly turned into Ryan Fraser and Yacine Brahimi, extreme cost-cutting measures were relayed from above and apathy began to set in.

But after a slow start, Gabriel Martinelli, William Saliba and Dani Ceballos all made their way to Emirates Stadium in what already look to be shrewd deals. Then from nowhere, a club-record fee was reportedly agreed for the signing of Lille forward Nicolas Pepe. Amid competition from Napoli, the deal was completed and his arrival continues to generate excitement among fans. But who is the Ivorian, what will he bring to Arsenal and why is he costing the best part of €80m?

After a disastrous spell under Marcelo Bielsa between June and December 2017 – which left Lille in the relegation zone – former Saint-Etienne manager Christophe Galtier took over and quickly transformed their fortunes. The rest of 2017/18 was about ensuring survival, while the following season saw Les Dogues finish second as one of Europe’s most entertaining sides.

Playing an offensive 4-2-3-1 formation that thrived in transition, Jonathan Ikone, Jonathan Bamba and Rafael Leao would terrorise defences on a weekly basis. Their ability to counter attack was unrivalled and not even Paris Saint-Germain – highlighted by their 5-1 defeat in April – could handle them at their best.

The star of the show, however, was Pepe who elevated his game to an elite level and ended 2018/19 as Ligue 1’s second-most productive player (22G, 11A) behind Kylian Mbappe.

At face value, Pepe displays traits of a typical wide player having averaged 2.8 dribbles, 2.4 open play shots and 1.5 key passes per 90 minutes last season. He is high volume, high risk – which instantly adds to his unique selling point in north London. Arsenal scored 73 Premier League goals last term but number-wise, were shot shy and outperformed their xG model by 13 goals, often relying on unsustainable finishing from Pierre-Emerick Aubameyang and Alexandre Lacazette to see them through games.

The Gunners were also one-dimensional and conservative in attack, with Alex Iwobi – who lead the side in dribbles per 90 (1.4) – finding himself behind Leicester defender Ben Chilwell in the overall league rankings. Many have questioned the decision to spend big on another forward but the 24-year-old addresses a sizeable issue within the squad. Since losing Alexis Sanchez, Santi Cazorla and even Alex Oxlade-Chamberlain, unpredictability and a willingness to force the game have been qualities sorely lacking.

In contrast, only seven players in Europe completed more dribbles than Pepe (102) last term and no other Lille player had more shots on target (61) than he did, which hints to a significant upgrade in those areas. From previous experience, Arsenal fans understand that individualists like Alexis can frustrate, but having players like that – who aren’t afraid to take risks and try something different in the final third – can often prove valuable in crucial moments.

Looking beyond the transparencies in his game, Pepe also excels on a creative basis. His 79% pass completion rate hints at occasionally careless play, but again that refers back to his high risk/high reward style. The Ivory Coast international never shies away from difficult passes and keeps one trademark play in his locker – disguised through balls between left back and centre back – which so often proved productive for Lille. There is a certainty and care to his final ball, with only Memphis Depay (72) creating more chances from open play than him (61) in Ligue 1 last season.

Physically, the 24-year-old is slight and willowy in frame which has cast some doubts over his transition to English football. But he shields the ball well in tight areas and is extremely fleet-footed, using quick touches to escape defenders and buy himself a yard. Once in full stride, his acceleration is impressive and watching full backs gradually lose ground on him is extremely satisfying. He does, however, have a tendency to hold onto the ball for too long – a habit which he will need to curb in England.

Unai Emery also likes his forwards to work hard and press whenever possible, which may require a slight change of mindset. Pepe made 137 ball recoveries last term – more than any other Arsenal forward – but his direct duels flatter to deceive. He made just 0.5 tackles and three defensive actions (interceptions, challenges, fouls) per 90 under Galtier which highlights room for improvement. Looking to his new strike partner Lacazette, you don’t need to be a bruising defensive midfielder to contribute defensively. Timing and enthusiasm can serve you just as well.

“I quickly fell in love with him,” said Lille sporting director Luis Campos, recalling the day he identified Pepe. “I was at an Angers game to watch a Rennes player, but I couldn’t take my eyes off him.

“The day he is in a big club, he will kill everything and explode.”

And that explosive potential is what Arsenal have invested so heavily in. The 24-year-old saw his stats inflated by penalties last season and has only truly enjoyed one prolific campaign. He also arrives in north London as a club-record signing, but is far less of a guarantee than both Aubameyang and Lacazette before him who were consistent goalscorers over numerous seasons beforehand.

But what the Gunners do have is an extremely talented player who is firstly, still improving and secondly, heading into his peak years. His base numbers are strong, his underlying numbers are impressive and crucially – the intangibles make an impression as well. Pepe referenced his emotion at signing for the club and how ‘it had not been easy for him’ during his youth to even reach this stage. That desire and determination will only benefit him moving forward.

Simply put, this is a game changer for Arsenal. They have shown that despite difficult times they are still an attractive proposition for elite talent and through that, have taken a considerable step to rebuilding fan trust. The Gunners are famous for talking a good game and seldom delivering, but Emery, Raul Sanllehi and others have undoubtedly delivered with this signing.

And heading into a season where margin for error is at a minimum, everything points to Pepe making a difference.