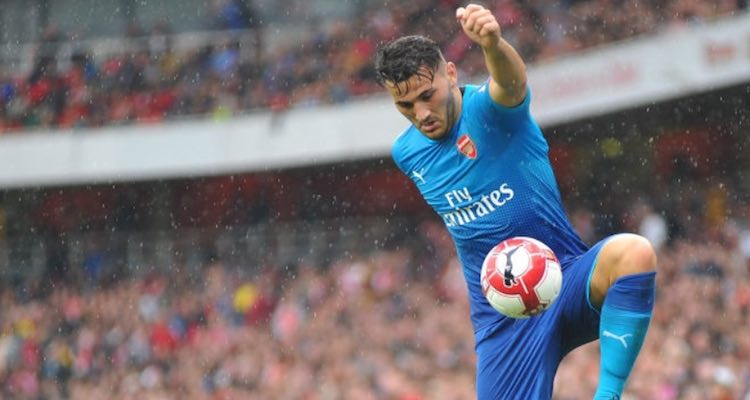 Good morning and welcome to the weekend.

Having seen the mercury hit 32c in Scotland this week, I naturally assumed it was the start of the apocalypse, but yesterday the heavens opened and the weather has resumed normal service, with it being both oddly cold and clammy at the same time. It’s “someone’s” birthday today, so this kind of weather is entirely expected, but it’s nonetheless a bit rubbish what with it having given the impression earlier in the week that it wouldn’t be total pants for a change. Still, c’est la vie.

Even though today’s special designation in the calendar is really, really not that important in the grand scheme of things, I shall be keeping this blog short so that said special someone can be showered with rain gifts.

We’ll start today with the simultaneously bizarre, scary, and welcome news that Mesut Ozil and Sead Kolasinac escaped an attempted robbery unhurt in North London yesterday. They were apparently having dinner at a local restaurant, and when they left they were confronted by attackers on a motorbike who were carrying a “metal weapon”, though it’s not thought it was a knife. Apparently the robbers demanded Kolasinac hand over his watch, and then when he didn’t – and moreover got out of the car and started fighting back – they started pelting the car with stones and bricks and chased the car away once Kolasinac and got back in.

Now, it’s all very well saying “that’s what you get for fucking with big Sead” (and yes, I’ve seen the Arsenal Nation clip where both Mesut and Aubameyang are asked which team mate would help them out in a fight and both reply Kolasinac), but the fact is while it’s very welcome that no one was hurt and the attempted robbers were seen off, it could’ve been very, very different, as it so often is, and it’s amazingly lucky that no one was hurt. I suppose if you’re a Premier League footballer that plays for a London club out and about in the city, you’re likely to attract attention, but there’s no way anyone should be expecting anything like this. Are footballers supposed to have armed guards, or other bodyguards with them at all times? What a ludicrous idea.

Mesut Ozil has posted a tweet saying that he and his wife, and Sead Kolasinac, are well, and are grateful for all the best wishes. Arseblog wishes them all the best too.

Moving on, new boy Dani Ceballos has explained how Hector Bellerin played a key role in convincing him to sign on loan for the club. Talking to the club’s website, he said:

I get on really well with Hector away from football, on a personal level. I told him I was thinking of joining and he told me not to think twice because this is a great city and a great club and that I was going to have a great time.

Cool beans. I don’t know if Ceballos speaks any English, but you have to think it’d be helpful. He’s talked about the “artistry” of football, and perhaps if you have a group of painters on the pitch and they can all talk in the langu….no, not even I can keep up this bullshit metaphor. It’ll definitely help if he can speak some English. Let’s hope he’s taking a crash course. I’m not sure Bellerin will be quite the right teacher, what with his Cockney accent, but whatever help the new boy can get will I’m sure be very useful.

Finally for today, an explanation for why old boy Alex Oxlade Chamberlain got so few minutes during his time at the club, and only seemed to come on late in games: he apparently had a clause in his contract that meant that every time he played twenty minutes or more, Arsenal had to pay Southampton £10,000. Certainly seems possible.

There’s some more fun and bizarre contract clauses in that link for you to have a laugh over. I particularly like the one about space travel.

That’s your lot for today – I told you it’d be a quick one!

Have yourselves a good Saturday. I hope neither the weather nor the end of the geological epoch ruins it for you, and I’ll see you again tomorrow.