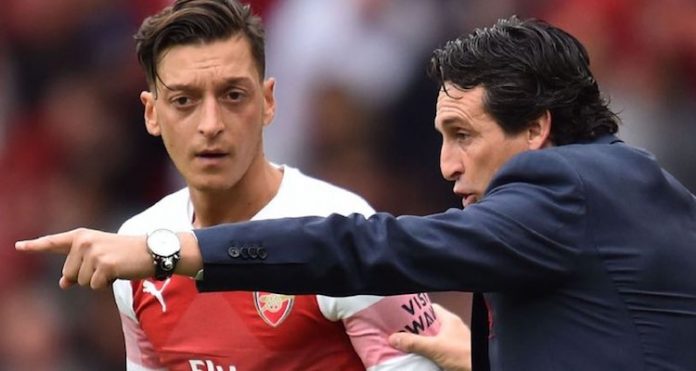 Good morning, and hello from the wilds of Aberdeenshire. I am here visiting my parents and brother who is home from the States for a couple of weeks.

It’s weird being back somewhere you grew up, seeing places you used to spend lots of time doing various disreputable things. Drinking cider in the park, smoking in the school car park, rampaging around the village, drunk, and in various other states of inebriation. I don’t have a great memory, and seeing these places is like looking at photographs of something half remembered. Which given the states I used to get myself into, I suppose is exactly what it is.

Anyway, enough introspection. Having driven up here from Edinburgh, the brake pad warning light has come on in my car and so I have to get my car to the garage for an 0830 appointment, so I best get on with things. Bah.

Let’s start today with your friend and mine, David Ornstein, who says that the club’s move for William Saliba is very nearly done, with the player having chosen The Arsenal over those horrendous bastards from up the road:

It’s so close, we can smell it, taste it, see it, hear it, and very nearly touch it. It seems that neither our overactive senses nor the late interest from the tiny-Sp*ds have had any impact on the terms of the deal and we’ll still loan him back to Saint Etienne for next season. It’s a bit like getting a Christmas present that you think you’re going to be allowed to have early really, but your mum says no and wraps it up, and you really do have to wait for it after all, almost in disbelief at the injustice. Most frustrating. I bet he goes and does his cruciate at the end of the season or something. I jest, of course. He’ll probably arrive having had to have his legs amputated after a freak accident. I continue to jest. I’m sure it’ll be fine, and he’ll only enhance his reputation by being completely awesome all season, in every game, for every minute, immediately after we’ve paid €30m for him. Totes.

As you have eyes (probably, if you’re reading this), you’ll also notice that David says we’re still very much in for Real Madrid’s Dani Ceballos, whom unlike Andrew I hadn’t even heard of and could therefore not have prophesised as a future Arsenal player, as well as Celtic’s Kieran Tierney. Celtic are reportedly unhappy with the way we’re trying to structure the deal, which presumably involves some magic beans, a bottle of Buckie, and a scrunched-up fiver now, with the promise of £24,999,995 at some later date. I can’t imagine why Celtic would be unhappy with such a proposition, though they have given a hint, citing the frankly ludicrous £50m Manchester United paid for right-back Wan-Bissaka. Neil Lennon says that Tierney’s a much more rounded and experienced player than Wan-Bissanka, but he shirley can’t be upping their valuation to that kind of dough. By all accounts Tierney’s a good player, but he’s pricing both the club and Tierney out of a move if that’s his expectation, and given Tierney is reported to want the move to happen it seems like a move that will lead to an unhappy player. I don’t suppose he really does expect that kind of cash, and if we can get the structure of the deal right, we’ll get our man and Tierney will get the move he wants.

Moving on, it seems like The Brazilian Connection might already be proving fruitful – or people are just linking us because it’s easy – with speculation in Spanish paper Marca that we’re in for Gremio winger Everton Soares. As reported on Arseblog News, given the fact that we did actually make a bid for Wilfried Zaha (who Sky Sports are reporting has put in a transfer request), and there have been links to other players in that position, it seems like Unai Emery is keen to add a wide player to his attacking options, and a cut price Brazilian (ouch) might fit the bill.

Can you call €40m cut price? I suppose when a right back at a mid-table club goes for £50m, you probably can.

Finally for today, something of a feel good piece in the Boris Johnson fanzine Torygraph Telegraph about Mesut Ozil, who has looked good so far in pre-season (if you discount the hair and focus on the football), and who has had some nice things to say about the manager:

I have had a lot of coaches in my career so of course every coach is different and wants something different from you as a player … I have a really good relationship with the coach so we are speaking a lot. He wants to help me and I want to help the team.

It’s been said before, but it’s a big season for Mesut Ozil. He’s 30 now, and if he doesn’t want to end his career as one of unfulfilled promise, he needs to step up. There’s no doubt on his day he’s an amazing footballer. I remember watching him in particular during the Cup Final against Villa, and it seemed to me that he was almost playing a different game to everyone else. The comparison with Dennis Bergkamp is lazy and inaccurate in lots of ways, but one way it is similar is his reading of the game, of having a picture of what he wants to happen and how he’s two or three passes ahead of everyone else. He doesn’t turn it on enough, of course, and it’s completely ridiculous that we don’t seem to be able to play him away from home, but there’s no doubt when he’s on his game, it feels like he can make the difference. I remember being absolutely amazed and thrilled when we signed him, and though it’s never quite turned out the way I hoped it would, he can be a wondeful footballer to watch, and if he can tie work rate and application to his undoubted skill, perhaps our £300k a week won’t be paid quite so begrudgingly.

The manager has had nice things to say in return:

I spoke with him last week, at the beginning of pre-season, and wanted to get his best performance. The way to achieve that is with daily commitment. Really, he is working very well and I am very positive about his commitment. He has a high, high commitment today. He is one of the captains of the team, with Granit Xhaka and Nacho Monreal. I am looking forward to seeing the best Mesut Ozil this season.

That’s your lot for today. I’m away to get ripped off by a garage. Have yourselves a great Saturday, and I’ll be back tomorrow.