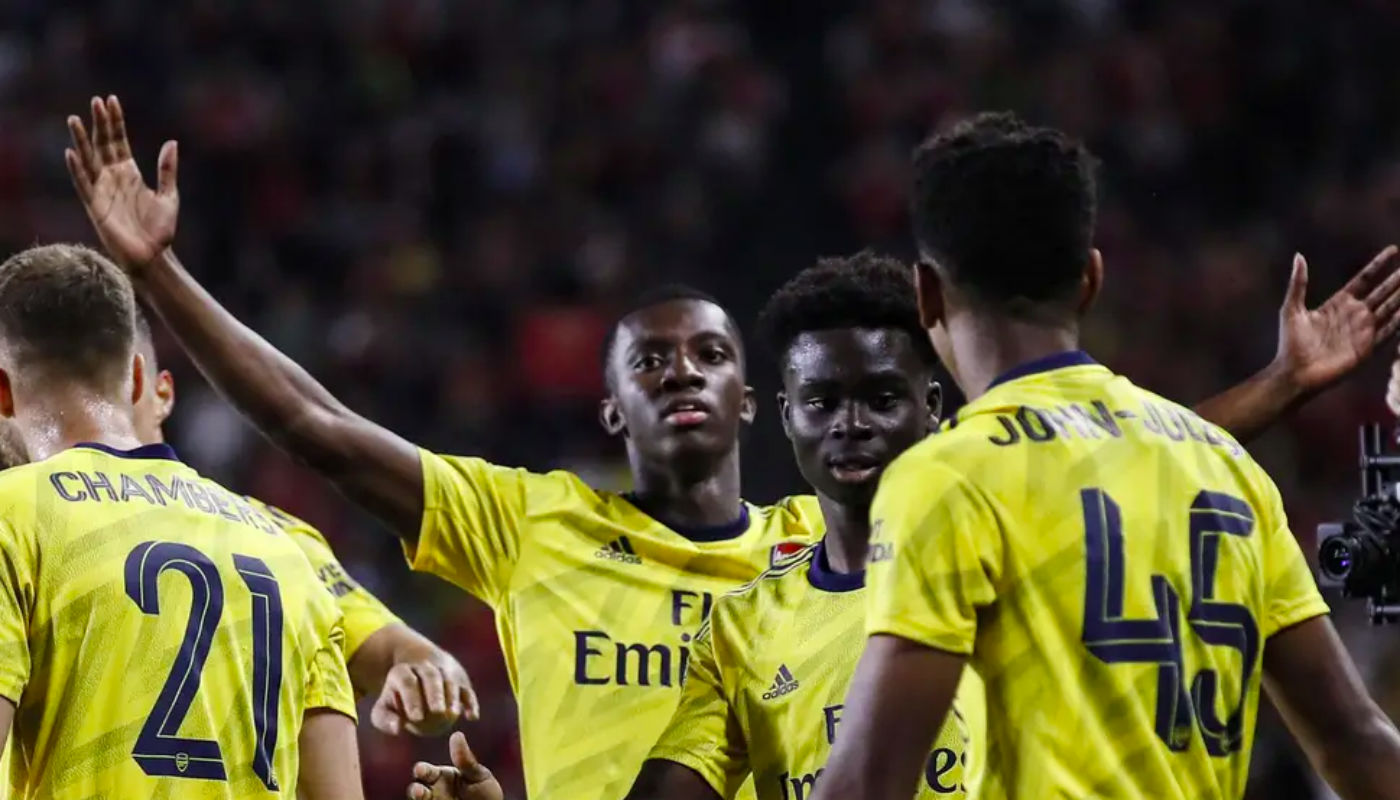 Hello for a second day from Aberdeenshire. Today I shall be picking up my car, which happily will cost me significantly less than I thought it would. The guy at the garage missed a trick when he told me the price. I said: “and that’s the cost for one of the two pads that need doing, so twice that in total, right?” He replied that no, the price he’d quoted was for both pads and included parts and labour, so while I even gave him a gift wrapped chance to charge me twice for the two pads that the car needed via my stunning degree of ignorance, he did The Right Thing. I mean, I assume he’s done the right thing and actually changed the pads and not just told me he did and reset the warning light, safe in the knowledge I’d have absolutely no fecking idea.

Anyway, it was Kwik-Fit in Stonehaven, if you’re up that way. Thoroughly recommended. I shall return and update my review if it turns out to be problematic in any way!

Last night the Gunners were in action against Italy’s Fiorentina in Charlotte, North Carolina, in hot sunshine at the Bank of America stadium. There is absolutely no difference between how the Americans name stadiums and how we do – Arsenal play at the Emirates, for God’s sake – but there remains something slightly odd of for me about the naming of stadia in the US. As I say, the English do the same thing so there should be absolutely nothing odd about it whatsoever, but for some reason it just is. I think it might be because of the Colorado Rapids’ stadium being called Dick’s Sporting Goods Park. Now, I’m not sure how big Dick is (har har), or how big his emporium of sporting goods is (“sporting goods” presumably means guns? It means guns, right, American Gooners, or at least includes guns, despite the fact that no – no! – there is nothing sporting about guns at all; if you’re using them to shoot animals, that’s not sporting until the elk, duck, or whatever is armed too, and if you’re using them to shoot targets, you’re basically just practising to shoot people, you monsters. And don’t tweet me. I love America, but I won’t ever get the guns thing, just like you won’t get how making them illegal does not remotely mean that the only people with guns are criminals, even though that’s a truism. Anyway, at this rate I’m talking Arseblogger into explaining in every conversation that the views of the author don’t represent Arseblog, which wouldn’t be at all funny – although in this particular case, they totally do represent the opinion of Arseblog too). And I’ve forgotten what the point was.

Update: it’s been pointed out to me on Twitter that Dick’s Sporting Goods stopped selling guns some time ago, so while Dick did at one time seem to consider guns to be sporting goods, at least in his opinion they no longer appear to be so. So there you go.

Aaaaaanyway. Arsenal played Fiorentina last night, not even at Dick’s Sporting Goods Park, and perhaps I should get back on topic. Arsenal won the game 3-0 with goals from Eddie Nketiah, whose name I didn’t even have to look up to spell correctly which means he’s definitely on the verge of great things, and a late addition from Joe Willock (same) who continues to have a good pre-season.

Since I only see my parents a couple of times a year, and my brother only every couple of years, what with him living in the US and us both being lazy, I have to confess I was rather more focussed on drinking socialising and catching up than watching late night football, though I did have it streaming on my laptop on the seat next to me, much to the vexation of my mother, who threatened to pour her wine on it at least twice (an empty threat if ever I heard one, since there’s no way she’d waste a drop).

What I did see was reasonably encouraging though. Eddie’s two goals were expertly taken and cool under pressure, and he’s bulked up a lot since I last saw him play. After the match, Unai Emery revealed that while he was happy for Nketiah to go out on loan last season, this time round he expects the player to stay with the first team and fight for playing time.

More generally, the team seemed sharp and didn’t seem to be lacking invention, which is something that’s concerned me. In defence, things weren’t quite as good, if only because Mustafi was on the pitch and sadly, the man’s a liability, with the Italians having at least two chances after errors by the German. On one occasion, Kolasinac bailed out his fellow defender, and goalkeeper, after the latter parried a shot straight into the path of a lurking striker, with the Bosnian getting a foot in to put the ball behind before said striker could likely tap the ball into an empty net.

You have to wonder about Mustafi’s mental state a little these days. I don’t think it’s any great secret the club want to offload him, and the team’s supporters on the whole would rather play themselves than watch Mustafi make mistakes they think not even they would. It’s got to be hard to cope with, that kind of rejection. You’d hope it’d trigger a reaction and a desire to be, you know, not quite as shit, but at the same time if everyone hates you and thinks you’re useless, it’s hard to imagine that being a situation to bring out the most positive and resilient version of yourself.

I suppose the manager continuing to pick him and not relegate him to the reserves is some measure of confidence, though the merit of supplying such is debatable. If it is indeed our desire to get shot of him this window, it’s perhaps odd that we’d play him in pre-season games where we’re trying to find form and create combinations for the coming season, particularly in an area of the pitch where our first choice pairing is decidedly unclear. Maybe there’s an element of putting him in the shop window, but given he’s not exactly covering himself in glory when he plays, showing off what he can do may not be the smartest move. On the other hand, if you’re really optimistic (or pessimistic, depending how you look at it), perhaps giving him as much playing time as possible is a way for him to play himself back into form – though has even his best form ever been quite up to the required standard? One for another day.

Anyway, I don’t mean to overshadow the game with my pound-shop psychoanalysis of Shkodran Mustafi. It was another good pre-season win, and we should focus on the positives.

Finally for today, it’s Arseblog’s birthday tomorrow. I’ve been involved in helping around with various things on this website for almost twenty years of my life now, and it still humbles me to be involved in something that’s important to so many people. I mainly look after the technical side of things which is a significant challenge given the level of interest in the site, but I do enjoy the occasional opportunity to waffle too (readers may disagree!). From a technical point of view, we’ve gone from strength to strength, with the help of various partners (you know who you are, and we’re eternally grateful – we absolutely could not do it without you), and we’re currently planning another major technical transformation which we anticipate will be completely transparent to users, but will mean we’re able to continue to provide readers with a fast and robust experience. Anyway, I just wanted to say thank you for reading over the years, sharing this odd little journey with this crazy football team we all love, and I look forward to it continuing for many years to come.

Andrew Allen will be back with you tomorrow, and I’ll chat to you again next weekend. TTFN.