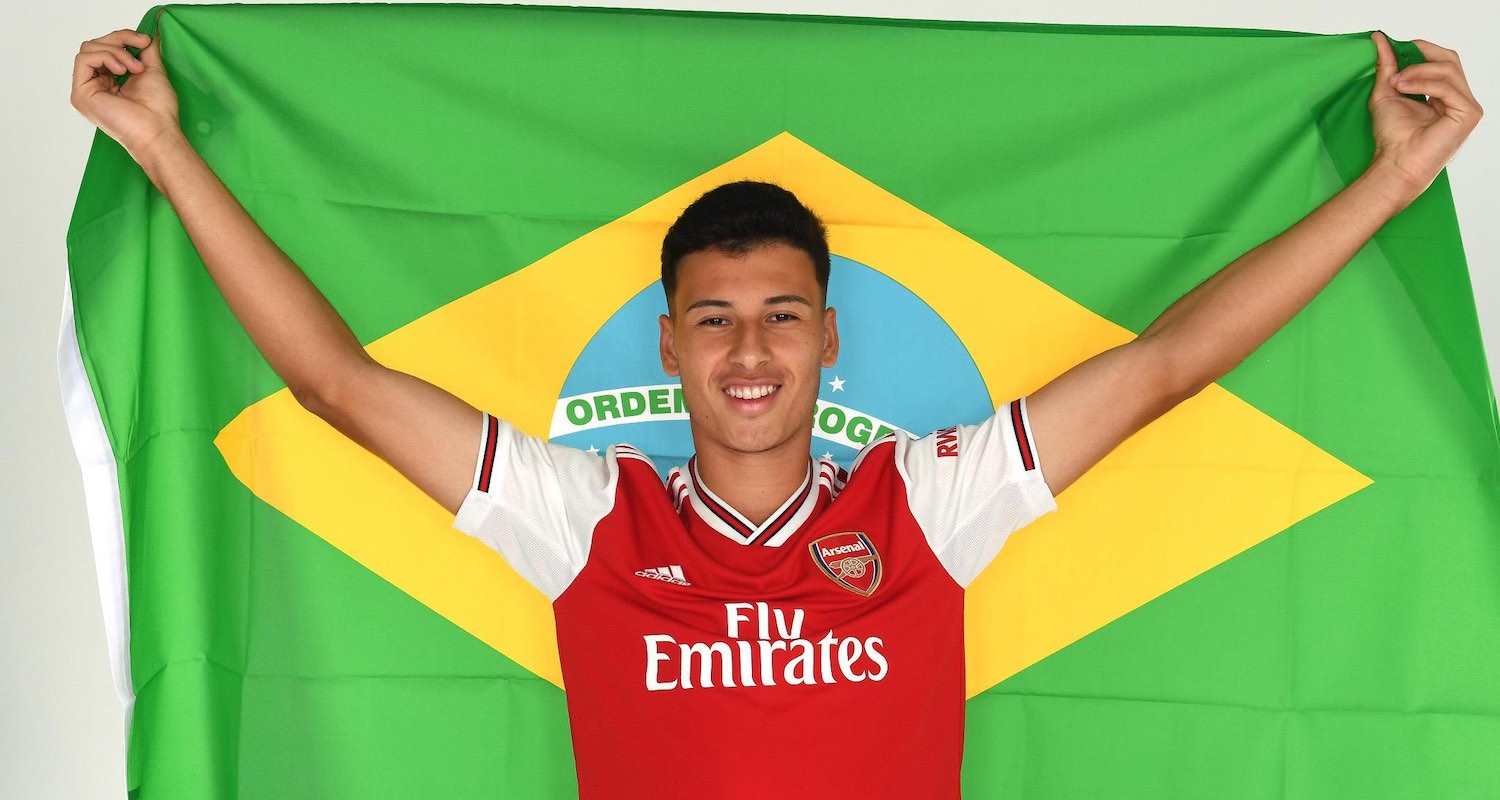 We made a signing! Things are looking up folks. Yesterday, young Brazilian forward Gabriel Martinelli was officially announced as an Arsenal player as Raul Sanllehi started to put in place the pieces of his ‘very good plan‘ for this summer.

The 18 year old joins us from Ituano Futebol Clube, a team in the Campeonato Paulista, which is the top flight league in the state of São Paulo. There are some teams you will know very well in that league, such as Santos, São Paulo, Corinthians, and Palmeiras, but according to Wikipedia, “The main São Paulo state teams treat the tournament as tune-ups for the more lucrative Copa Libertadores and Brazilian National Championship. However … it still holds significance by providing developing talent and sustaining grass-roots soccer within the state.”

Or, as Tim Stillman – who knows a thing or two about Brazilian football – told me, “Nobody really cares about the Campeonato Paulista.”

Which is fine, but that’s not to say it’s not a good breeding ground for young talented players who then go on to make the step up to play in the Copa Libertadores etc. Tim also mentioned that one of Edu’s tasks in the Brazil set-up was to identify young talent with dual nationality, and Martinelli joins us with an Italian passport, hence his easy arrival, so perhaps it suggests that the former Invincible’s fingerprints are all over this one ahead of his appointment as Technical Director later this summer.

I can’t pretend to know anything about him as player. In his first interview as an Arsenal player, the young man said:

I model my game on Cristiano Ronaldo, he is a player who works hard, pushing himself to the next level. Always in the run for titles and individual trophies. I look up to Cristiano Ronaldo, Messi and Neymar as they are players who can decide games and are very professional, who dedicate themselves to the whole game.

If you’re going to set the bar for your inspiration high, it doesn’t come much higher than those three in pure footballing terms, but right now it’s a bit of a shot in the dark. However well he’s played at the regional level he’s been at, England, English football, and Arsenal is going to be much more challenging. At 18 he’s still very young, and it remains to be seen just what the plan is for him.

Will it be an immediate integration with the first team, and experience in the Europa League/League Cup? Or will he be eased into action with the U23s for a little while to give him a chance to settle in etc? Pre-season should tell us a fair bit about that and where exactly we’re thinking of playing him, but I think it’s reasonable to expect that he might not be a player for now as much as one for couple of seasons down the line.

Unless he is an extraordinary talent, this feels like a relatively cheap signing we’ve made that potentially has a big upside as he develops over the next couple of years. And if he doesn’t quite get to where we want him to, it’s one which doesn’t hit us hard in the pocket and might even make us a few quid. Let’s see how he goes, and good luck to him.

Meanwhile, in not entirely unexpected news Crystal Palace are reportedly very unhappy about our £40m bid for Wilfried Zaha, not least because of what they’ve called ‘ham-fisted’ attempts to destablise the player behind the scenes and have him agitate for a move. As many have pointed out over the last 24 hours, there’s something very familiar about this, and when you consider that Raul Sanllehi was highly involved at Barcelona when they signed Cesc from us back in 2011, it’s hard not to think he’s employed the same kind of tactics here. He’s banking on the player’s desire to move to the club he supports to help facilitate the deal, to make it difficult for him to stay at Palace and even burn some bridges – which would be a shame, if you ask me – but thankfully yet we haven’t heard talk of Zaha’s Arsenal DNA.

I think Palace have every right to be annoyed if they feel there have been shenanigans behind the scenes, and it appears to have backfired a bit for us because it’s basically entrenched their position regarding the player’s valuation. As I said yesterday, they can stick an £80m price tag on him all they like, but we’d be mad to pay that. I’d find it hard to justify us going much further than the £40m that’s on offer right now – certainly in cash terms. If a deal worth £60m is made because we’ve included a £20m player like Calum Chambers, for example, I think we can live with that, but a 30 goal a season striker cost us £55m just 18 months ago. There’s no way we should be paying anything close to £80m for a player whose best season was 10 goals and 5 assists.

Some will say that’s the market, that’s what players cost, but I suspect if you had some smart people looking at what’s out there across Europe you could find a similar player to Zaha – who possesses similar qualities in terms of playing style and level of end product – for far less than the fee it would take for Palace to sell. That’s if they’re even prepared to countenance a transfer to us now having been so royally cheesed off by our approach to this deal. Do we have those smart people to identify other targets? Can StatDNA rustle up a decent player for once?

Given the monetary state of play, and the potential for this one to develop into the kind of saga that could drag on for weeks and weeks (a situation we’ve been in too many times before which often has a negative impact on our business overall), unless there’s a quick way to make it happen, I’d be inclined to walk away from it and find another option.

With David Ornstein also reporting that Napoli appear to have the edge over us for Kieran Tierney, and this bid for Zaha which has gone down like a lead balloon with Crystal Palace, Sanllehi has got plenty of work to do to convince people he’s the right man to drive our summer recruitment. Remember, it was under his auspices that we signed an injured Denis Suarez in January, so that doesn’t exactly fill you with confidence.

Hopefully his plan will start to come together better than it appears to be right now. Pre-season begins on Friday.