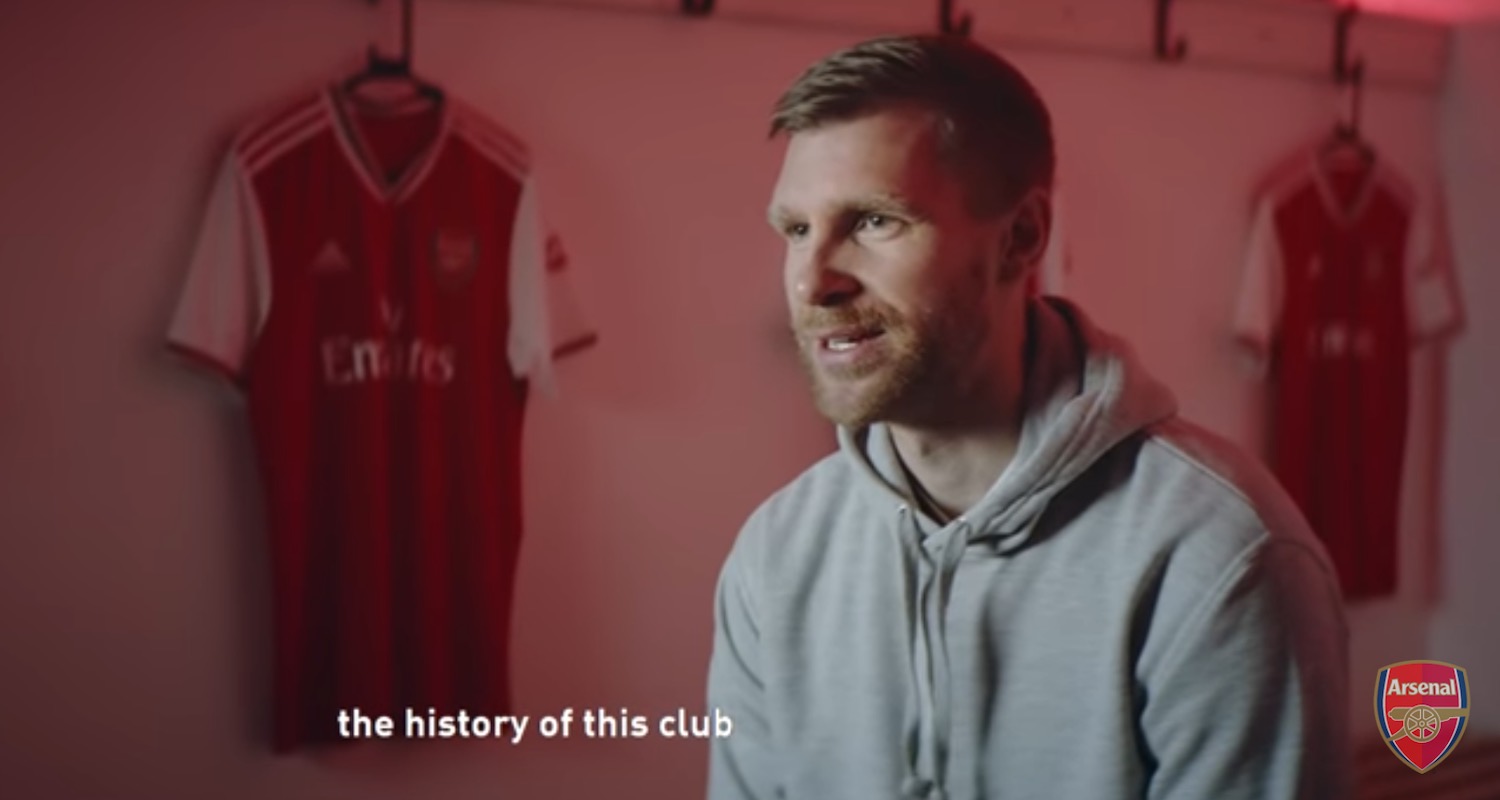 When it comes to our transfer links there doesn’t appear to be much new to report this morning. Sky Sports are saying we’re ready to go back with another offer for Wilfried Zaha and are prepared to go as high as £70m for him.

That’s not £70m straight away, but a deal worth £70m overall. Which could be some cash, a player or two in exchange – there’s talk we might offer Emile Smith Rowe on loan for the season, some add-ons, maybe some coupons, a few Green Shield stamps, and a discount code for the iTunes Store (fill yer boots, lads). It remains to be seen how seriously Crystal Palace will take the offer.

In one of our other deals that’s bubbling away, Celtic boss Neil Lennon doesn’t seem to think they’ve had a second offer from Arsenal for Kieran Tierney, but they do appear to be signing a left-back so that probably tells us something about the 22 year old’s future. We just don’t know if it’s going to be with us.

So, in the absence of anything concrete, a few thoughts on other things. Starting with:

For a good few weeks now we’ve been linked with a move for Real Madrid’s Dani Ceballos. He’s not a player in Zidane’s plans for next season, so they’re open to letting him go out on loan. He’s a central midfielder, and heaven knows we need at least one of them this summer, given that three of the four options have been away at summer tournaments, and we’ve also lost Aaron Ramsey.

I would love us to go out and prioritise a player who can be with us in the long-term and change the dynamic of our midfield which again looks like, given his seniority, it’s going to be built around the distribution of Granit Xhaka. Personally, I’d like someone a bit more mobile, a bit quicker, and while on his day he’s a good player, he does make mistakes and basically every other team knows how to make life difficult for him – which in turn makes life more difficult for us.

However, given our reported financial situation, and the fact we’re attempting to spend close to £100m on a winger and a left-back, it might leave us with less to play than we’d like, and thus delving into the loan market has got to be a consideration. I realise our first foray into it under the auspices of Raul Sanllehi was not successful. Denis Suarez’s impact on the second half of our season was non-existent, and when you consider that perhaps even one meaningful contribution in one game from a January signing might have secured top four, it’s going to go down as one of the all-time stinkers at this club (and there have been quite a few of those in the past).

Still, maybe in order to add a bit of experience/quality to a squad which feels like it’s going to have a very youthful tinge next season, the loan market is where we’ll be looking. I also think that when it comes to moving players on, the chances of sending some of the ones we want to get rid of somewhere for a season are probably more likely than selling some of them. It won’t do much for our transfer reserves, but that’s the reality of our situation. It’s not as if everyone isn’t aware we’re trying to shift some duds, and while some clubs might take a risk here and there, nobody’s gonna give us £25m for Mustafi – which is reportedly the price we gave Fenerbahce.

A loan with an option to buy if a player does well enough negates some of that risk, brings in a few quid in a loan fee, lessens the wage bill, and maybe that’s as good as it’s gonna get in some cases. Kick the can down the road, but at least the can isn’t sliding along on his arse as an opposition forwards ghosts past him towards our goal.

There were some reports yesterday that his contract had been terminated. This is nonsense. I suspect they stemmed from a report in Spain which suggested he was out of contract, and thus a free transfer option with the likes of Real Sociedad mentioned as a possible destination.

If we do bring in Kieran Tierney, or another left back, then one of Monreal or Sead Kolasinac is likely to depart. It could be the Bosnian because he would actually bring in a reasonable transfer fee, and contractually the Spaniard has a deal until the end of the 2019-20 season, with an option for one more year.

He could still be sold if it comes right down to it, but that’s the situation with his contract, and all the talk that he’s a free agent or been let go is nonsense. He’ll be back on Friday to commence pre-season training – along with this list of players who haven’t been away on international duty this summer. The U23s, now managed by Steve Bould, are already cracking on with their work.

No doubt everyone saw the kit-launch video which leaked out last week ahead of the release of the new Adidas shirt. Everyone loved it because it brought us back to something we’ve been missing in recent times. You can call it clever marketing, and it was, but it was also a reminder of why we all do this to ourselves. This club, regardless of how it makes us feel at the moment, is at the very heart of our football existence.

Yesterday, Adidas released another video, and again it’s well worth a watch:

VIDEO: Adidas x Arsenal ‘The Fabric of Football – This is home’

You don’t need me to tell you how much Ian Wright loves this club. There are contributions from Guendouzi, Aubameyang and Lacazette, Ozil, Per Mertesacker and others. As a quick aside, while many aspects of what’s going on at Arsenal right now worry me, I have to say I love the fact the BFG is heavily involved. Perhaps it’s a cliche to say he gets it, but he definitely gets it, this club, all of it. He always has, it’s why he was one of my favourite players of recent times, and he’s clearly a smart man who thinks a lot about his role and responsibility. Having people who understand Arsenal at Arsenal is so important, and I hope his influence can grow over the years – particularly when you consider we have a boardroom that is akin to Miss Havisham’s house, and which really needs an injection of younger, more modern, more switched on blood.

But what does it say that a brand like Adidas, in what is ostensibly an ad for a new shirt they want us to buy, have done more to express what the heart of the club is/should be, than the club itself has in years? I’m not knocking it, I enjoy the fact that someone gets it, but we need a bit more of that in-house than in-agency. Adidas have given us more to connect with inside a week than Stan Kroenke and KSE ever have, and that’s a bit sad really.

The people running this club, as I’ve said for a long time, are Champions League winning talkers, but slick, corporate double-speak with no substance doesn’t resonate with fans. Certainly not after years of it from Ivan Gazidis. The Raul and Vinai era is relatively new, and judgement on their performance can only truly be made in time. Hopefully they’ll see that this club needs more than words (sorry to remind you of a dreadful 90s acoustic ballad), and that there’s something fundamental that can mined in order to push us out of the mud we’re stuck in and forward again.