Home Arseblog, the arsenal blog Knowing me, knowing you, Zaha! + Ivan the Terrible 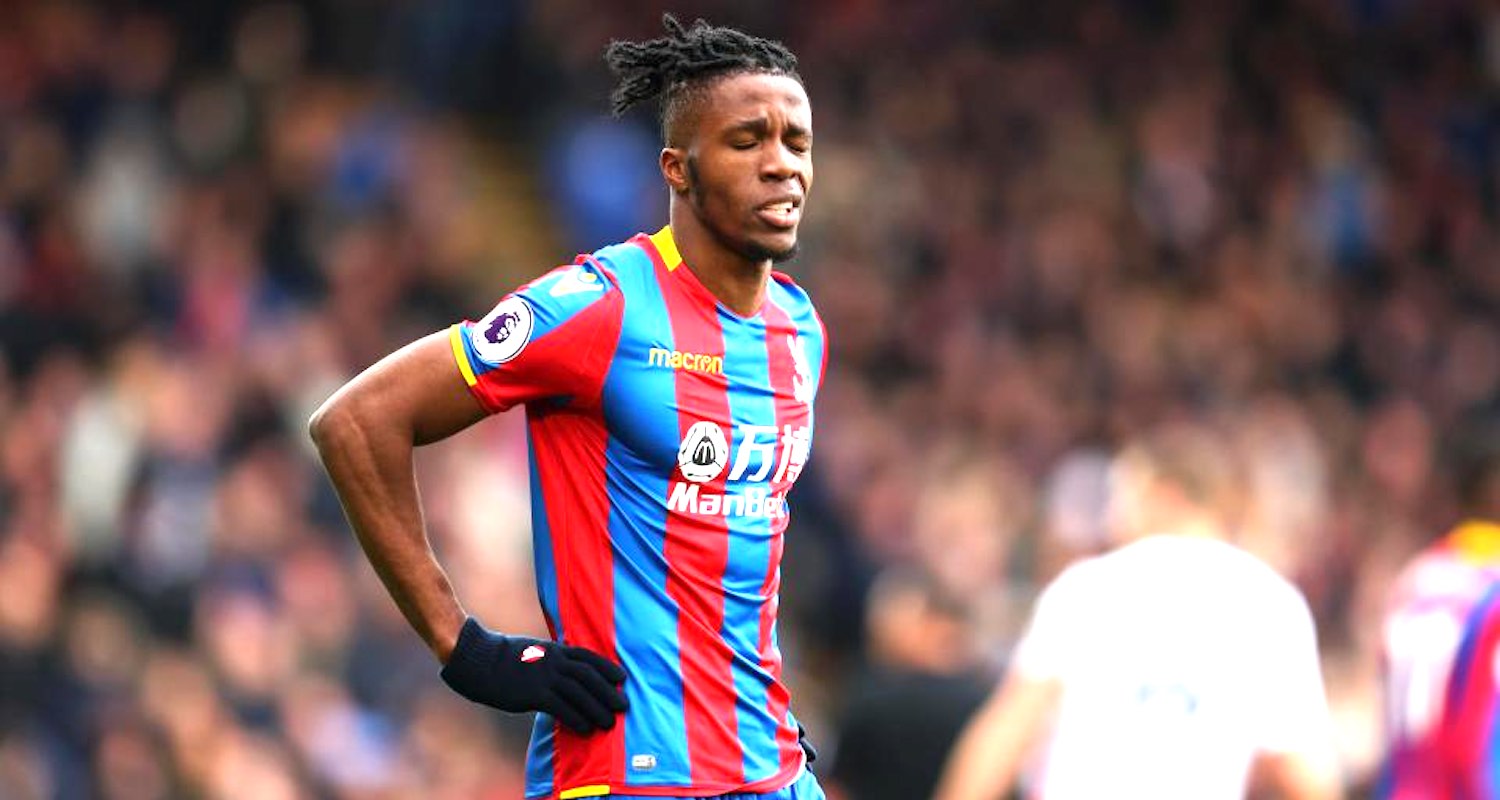 You know what? I love this football club. It drives me to absolute distraction, but our commitment to being as Arsenal as we can be is simply wonderful. We’re a team in serious need of strengthening via the transfer market, the players return for pre-season on Friday, we haven’t sold anyone, and the closest we appear to buying a player is an 18 year old central defender who is going to cost nearly €30m and we’re going to loan him back to his current club for a season.

All well and good. Then yesterday we make a £40m bid for Wilfried Zaha, according to Sky Sports, and not only that we’ve clearly been up to shenanigans in the background because the player’s brother has gone public with entreaties to Crystal Palace to let the winger leave for the club he loves and has always wanted to play for. There are suggestions Zaha will never train for them again, such is his desire to leave and join Arsenal, and his brother said:

Given all that Wilfried has given to Crystal Palace to help them remain a Premier League club, I hope Palace will be able to see their way to agreeing a deal with Arsenal that allows Wilfried to realise his dream of playing European football for the club he has supported since childhood.

It’s classic. I mean, why go out and do efficient business when you can create a saga? Make no mistake this has the potential to be exactly that. Palace are flush with cash, the £50m they got for Aaron Wan-Bissaka means it’ll take more than we’re offering for them to even consider selling Zaha, regardless of how his brother tries to tug on their heartstrings. Why should they do him any favours? And anyway, they value him at something in the region of £80m.

Personally, I think that’s a bit mental. £40m seems a reasonable amount to offer for a player at a traditionally mid-table club who has a Premier League goals per match average of .18 and and assists per match average of .11 over the course of his career. He’s clearly got qualities that we lack, his dribbling and direct running could definitely add something to the wide positions, and his end product may improve in a team which is potentially a bit more dominant than Palace, but in no way is he an £80m player for me. Nor should we pay anything like that for him, because there are alternatives across Europe who could do a similar job and cost a lot less, leaving us with funds to invest in other key positions.

The thing is though: if that’s the price-tag Palace have put on him, and we’ve offered half of what they want, then that’s very unlikely to convince them to sell, and the fact it’s being played out so publicly might well entrench their position. There are suggestions we could offer a player or two to close the financial gap, but it’s hard to know who. Carl Jenkinson has been mooted as an option, they do need a right back now Wan-Bissaka has gone, and he almost joined them a few years back when Sam Allardyce was the manager. Calum Chambers is another, he was the subject of a £16m bid in the summer of 2017, so if he’s still of interest he could make up some of the shortfall. We’ve just seen Danny Ings join Southampton from Liverpool for £20m, so in this market a young English defender with lots of years on his contract should fetch just as much (even taking into account how bad we’ve been at selling).

If there’s a way of doing a deal at something like the point we’re at now, and as long as that doesn’t mean we have to eschew other purchases – because our midfield and defence are in serious need of strengthening ahead of the new season – I’d happily take Zaha. He’s 26, has lots of Premier League experience, and could take a step forward if he joined us and become a bit more productive. However, it feels like this could turn into something more protracted, he’s currently away at the AFCON anyway, and we have pressing issues elsewhere in our squad. I just don’t think we can get tied up in something which is going to get played out across the back pages and could very well end with Palace digging their heels in as a matter of principle.

I can almost see the post-deadline day story in which Zaha performs a hasty mea culpa and says he’s realised Selhurst Park is the place for him and kisses the badge promising to give 110% for Palace this season. I guess we’ll see how it goes, but this isn’t one which feels like it has a speedy resolution to it.

Meanwhile, as I’m sure most of you saw yesterday, our friend Swiss Ramble dropped another one of his Twitter threads on Arsenal’s finances yesterday, and it did not make for pretty reading. I know the AST produced a similar analysis and came to the same conclusion – we’re going to post a heavy loss for 2018 – but when it’s presented in this way, in bite-sized chunks of fiscal misery, it really does hit home how badly things have been run.

Kieron doesn’t ignore the fact that Ivan Gazidis presided over much of it, our dismal commercial revenue highlighted exactly what a poor job he did. His remit was the business side of the club, but he got more and more involved in the football – taking an office at the training ground, recommending players to sign and more – and all the while our commercial revenue grew by just £4m between 2015 and 2018, while at the other big six clubs the growth ranged from £38m to £79m. During this period we did things like sign Mustafi for £35m; waste £18m on Lucas Perez despite being told he wasn’t up the level we needed; give Mesut Ozil a massive contract that is a millstone around our necks now; swap a 30 goal a season Alexis for a 6 goal a season Mkhitaryan but agree to pay the new player almost twice as much as the Chilean and make him our second best paid player of all time; and allow the contracts of Aaron Ramsey and Danny Welbeck to expire so they could leave for free; all of which had Gazidis’ fingerprints on them.

I don’t know if Raul Sanllehi and Vinai Venkatesham are the men to drive this club forward and to correct some of the mistake we’ve made. I hope they are, for all our sakes, but I can tell you one thing: I’m glad we’re shot of a man who was paid a £1m bonus for the season which saw us slip from 2nd place the previous campaign to 5th, beginning our new life as a Europa League club.

I realise that Stan Kroenke and KSE have to take some of the blame here. As James put it perfectly on the Arsecast Extra yesterday: there’s a difference between being a hands-off owner and negligent. However, all Gazidis ever did was talk aspirational bollocks. He was a shield for Stan, constantly referring to his huge ambition (worryingly that’s something the new pair have done too, although I do understand it a bit), but doing nothing to push this club forward or make it compete with the likes of Bayern Munich as he so famously trumpeted. The fact he couldn’t get out of Dodge quickly enough after overseeing Wenger’s departure and the appointment of Unai Emery tells you everything you need to know about him.

Right, I’ll leave you with the new Arsecast Extra, lots of financial and transfer chat, but there is an epic Magpie Facts jingle for your enjoyment, and a competition in which you can win yourself one of the lovely new Adidas home shirts, so tune in, subscribe, share and all the rest. Till tomorrow.