Home Arseblog, the arsenal blog Where there’s a Wilf, there’s a way: but not with Arsenal’s budget 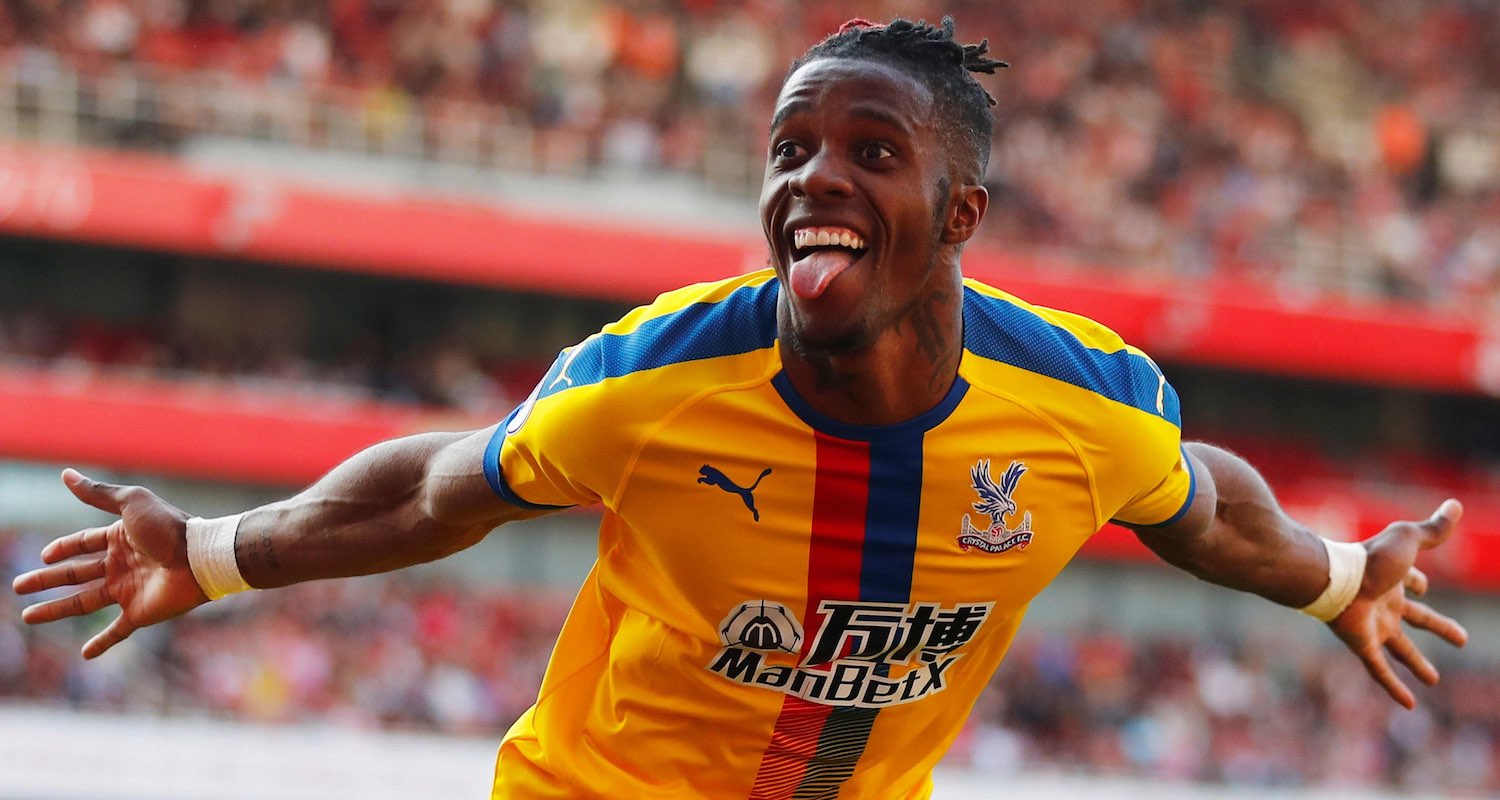 I think everyone understood that failure to qualify for the Champions League next season was going to have an effect on our transfer budget this summer. Despite Raul Sanllehi saying that even if that occurred it wouldn’t cause us too many issues in terms of our targets, we got information yesterday that completely contradicts that.

According to David Ornstein, we were/are very keen on Wilfried Zaha, and he ‘favours’ a move to us, but due to the fact our total transfer budget is around £45m – that’s what we have to spend on fees and wages, by the way – it makes a deal very unlikely. The only way we could make it happen is to augment that budget via sales, and of the players we want to leave, few have the kind of value that would make up the shortfall.

Crystal Palace have a price-tag of around £80m on him anyway, so I don’t even think if we did sell someone we’d be prepared to pay it – and I’m not sure he’s worth anything close to that anyway. They’re about to become flush with cash from the Aaron Wan-Bissaka deal, so that makes it even more difficult. With so much to do, the idea of Arsenal spending that much on one player is frankly absurd, but this is the impact of our dismal end to the last Premier League campaign and getting battered in the Europa League final. Another season of Europa League equals another season of Europa League money.

The more I reflect on the way our season ended, the worse it feels. Time heals all wounds apparently, but it still stings because it was an absolute stinker. You look at those fixtures and those results … ugh … then that performance in a final … hot garbage. Sorry to bring it up again, but I’m a bit surprised/worried at the apathetic reaction to it. I’m not saying we should be out with the flaming torches and pitchforks, but those involved have had a pretty easy ride, all things considered.

At times when I think about this summer I feel like Arsenal need a transfer miracle. Someone to come along and give us some money for Shkodran Mustafi so we can re-invest in a better defender next season. Someone to take Mesut Ozil and Henrikh Mkhitaryan’s £550,000 a week off the wage bill so we can free ourselves from the financial shackles these two under-performing players have us in. Someone in this recruitment set-up with talent and vision who can help identify and bring in good players next season.

There seems to be this assumption that we’re heading down a path that won’t see us improve for a long time – and believe me, I understand that. I see the problems and the difficulties, and as yet we have no real knowledge if the people running the football side of this club are any good. Yet even so, I also don’t think it’s impossible to improve us next season. With the right will and ambition we could do good business in the market this summer, take advantage of Chelsea’s need to rebuild (with a transfer ban to contend with too) and Man Utd’s problems too. At the very least we could make some incremental progress and given we missed out on top four by a single point last season that might be enough to change our trajectory.

It’s why I roll my eyes when I hear our executives talk about how ambitious KSE are and how much they want to win trophies. If, as a football club, we could play football half as well as we talk about it, we’d have won about five Champions Leagues by now. We’ve laid out the circumstances in which our owner could invest in the squad if he wanted to, but he doesn’t want to. If someone says one thing, then acts in a way which is completely counter to that, the very obvious conclusion we come to is that we shouldn’t believe what that person says. Especially when we’ve heard that specific lie before.

As fans people will have their various frustrations with the manager/head coach, the Head of Football, our ethereal recruitment team, and beyond, but our problems start at the very top, with Stan and Josh and KSE. You can’t run a football club in a remote, half-hearted way and not expect that to be reflected in how it functions. Tim wrote a good piece last week about how finding the right executive balance can be a matter of trial and error. We could very well be in an error phase, and ultimately that’s the owner’s responsibility.

I also wonder about our planning. Take the reported deal for William Saliba which will apparently see us pay Saint-Etienne £25m, but loan him back to them for a year. Of course we won’t pay all that up front. It would be a deal structured over a number of years like all transfers are, but what good is it going to do us next season? None.

Now, if this lad is the kind of talent we just have to have, and we have to keep him out of the clutches of others, then fine. If we’re paying a reasonably small amount this season, with the majority of the fee to be paid when he comes to play for us, we can live with that too. But it doesn’t alter the fact that we have a central defence in need of serious work right now. If the Saliba deal goes through as reported, and he becomes our most expensive ever teenage signing, does it speak to medium/long-term vision for improvement, and an acceptance that we can’t do much about our defence this summer?

I know Saint-Etienne are insistent that the loan clause remains, but if we value an 18 year old this highly and are prepared to take a chunk out of this season’s transfer budget for him, we really should be looking to bring him in now. Give them a player on loan, Dinos Mavropanos, or something. And whether we pay 20% or 25% of the fee now, that’s still a fair amount of money when your budget is as small as ours. You’re making an already restrictive transfer pot even more so.

Just to make it clear: I’m not against this deal, or even this kind of deal, but we have very pressing issues this summer, a recruitment team which hasn’t done a great deal to instill any faith in us just yet, and pre-season is barely a week away. I know there’s time, but I don’t think it’s unreasonable to start feeling a bit twitchy now. There are 6 weeks more or less until the transfer window closes, and as yet we haven’t solved a single one of the problems we face. Few of the people I talk to about what’s going on and what we’re doing are particularly confident about the direction we’re heading in, and if I can’t worry out loud on my own blog, where can I?

There was more from David Ornstein on the BBC last night, with some updates on Mustafi and Edu. You can read a full transcript of what he had to say here, and if there’s anything stirring on the transfer front we’ll have it for you over on Arseblog News throughout the day.

More here tomorrow, including a brand new Arsecast. Until then.