Home Columnists Can Arsenal’s owners improve the club’s fortunes by investing their own money? 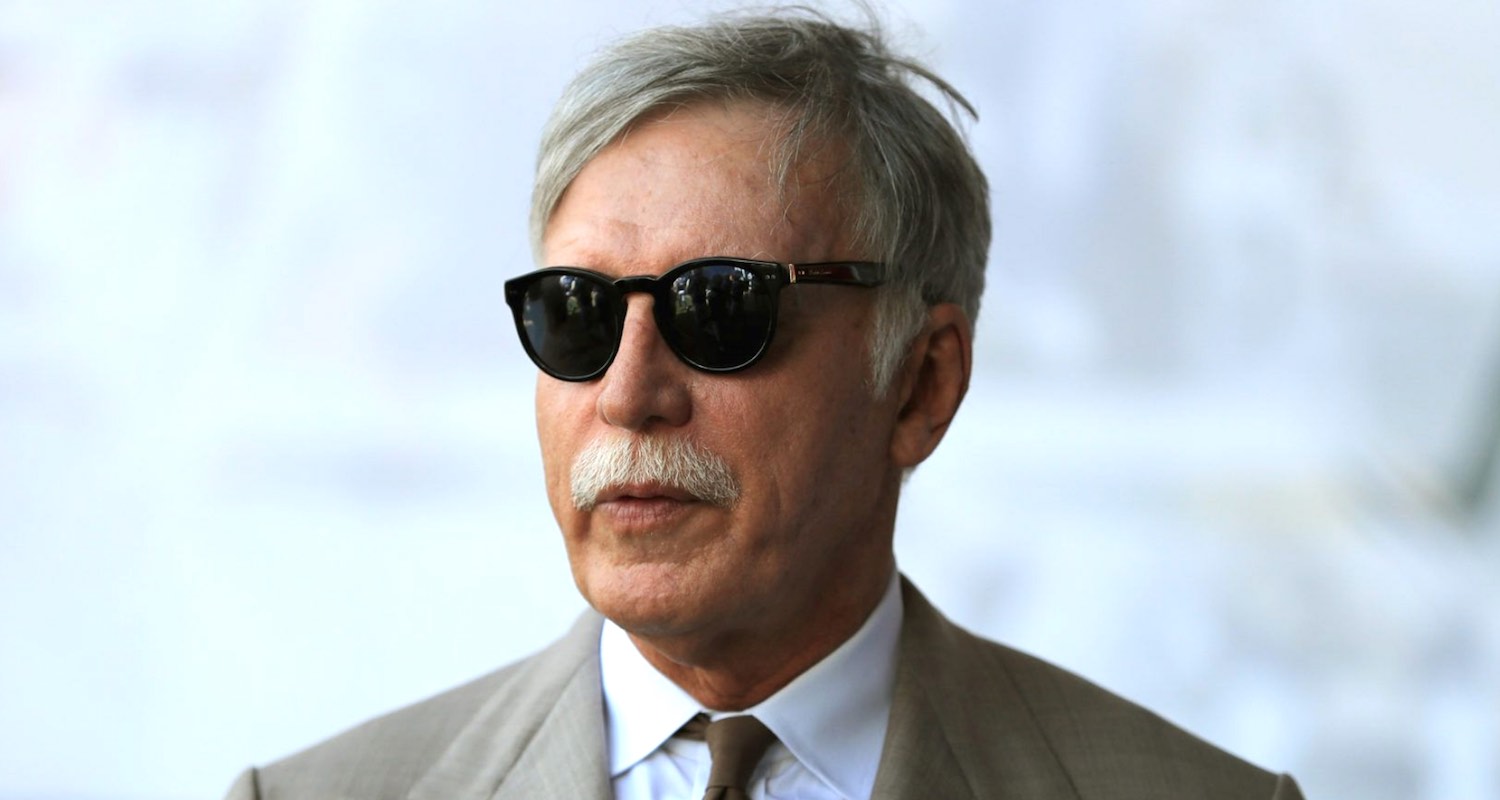 A big question you often see posed is whether or not Stan Kroenke and KSE could invest in their own money into the team to help rebuild the squad and make us more competitive. Would it breach FFP regulations? Is it even allowed, and if so, under what circumstances?

Christopher Flanagan is a practising lawyer who specialises in financial regulation and he writes about exactly that for us here.

As the 2018/19 season draws to a close, and the transfer window opens, thoughts turn to how a club can improve through player acquisitions. Inevitably questions arise as to budget.  In football, these discussions are further complicated by the existence of various rules which regulate how clubs can spend.

“I just want clubs to spend money they have, not what they don’t have. I’ve spoken to football directors, chairmen and owners from all over the world, I’ve spoken to Manchester City’s owners in Abu Dhabi, and everybody has given their commitment to this plan.”

Seven years later, Manchester City, having been found to have breached the rules in 2014, are now embroiled in a dispute with the football’s regulator in which it is alleged City ‘deceived’ UEFA over the club’s finances – a dispute which could see the Manchester club banned from the Champions League. Arsenal, by contrast, are the model of FFP compliance, having adhered to the rules in letter and spirit since their introduction. Former Chief Executive Ivan Gazidis even suggested that FFP would help Arsenal to compete with Europe’s elite. Indeed, Arsenal are the only mainstay of the Premier League who have been financed entirely from cash generated from its own operations over the last decade.

So three of the Big Six clubs have been largely financed by cash generated from operations: #AFC 100%, #THFC 81% and #MUFC 80%. In contrast, others have been much more reliant on owner financing: #MCFC 90% and #CFC 86%. #LFC is more balanced: operations 53%, owners 40%. pic.twitter.com/IIAH8MbtKX

However, on the pitch, Arsenal do not seem to have benefitted from their financial circumspection. While Manchester City complete the first ever domestic treble in men’s football, Arsenal spend a second consecutive year outside of the top four. Given the strong correlation between the amount clubs spend on players’ wages and success on the field, there is a strong sporting rationale for the club to simply spend more money. It has been suggested that Arsenal can spend only what they generate themselves, without input from the ownership. This is certainly in line with Michel Platini’s original vision for FFP, but there is a question as to how that view holds up in 2019.

Clubs that wish to complete in UEFA competitions need to obtain a licence in order to do so. Licences are administered by the domestic associations, who must ensure that various requirements set by UEFA are met. This concerns things like youth development, stadium standards, and the employment of certain personnel (a qualified head coach, a doctor, a media officer, and so on). FFP sits within those licencing requirements, and is composed of a set of rules govern how clubs can spend money. There are also domestic counterparts to FFP, which are implemented by the Premier League – “Profit and Sustainability” rules, which operate similarly to FFP, and “Short Term Cost Controls”, which impacted salary increases.

In simple terms, FFP states that clubs are only able to spend the money that they generate themselves, and in doing so they have to meet a requirement to “break even” over a rolling three year period. However, the detail of the rules is much more complicated than this – there are various exceptions and guidelines on exactly how a club can spend. For example, the requirement to “break even” does not in a literal sense require a club to break even at all; clubs can post losses without breaching the rules.

This all might seem quite confusing, and in contradiction to the initial messaging propounded by Platini and others at the time FFP was implemented. So where do Arsenal stand? Can the 9th richest club in Europe, the club which recently held more cash at the bank than any other Premier League club, and which has consistently been profitable for over a decade really be hamstrung by FFP?

Will Arsenal breach FFP if they spend big this summer?

Like all clubs, Arsenal have to spend in a way that is sustainable and compliant with the intricacies of FFP. The easiest way to do this is by maximising revenues and posting year-on-year profits. It is widely anticipated that Arsenal may make a loss this year, which is, quite obviously, not the strongest position in which to be. However, economic cycles vary, and should Arsenal make a loss, this will not necessarily be an absolute impediment to further spending.

To start, FFP is not assessed on a single year basis; it is assessed over a rolling three year period, so losses this year will be aggregated with profits from the prior two accounting years.

New commercial deals will help, and in terms of managing short-term losses, Arsenal could put the club’s large cash balances to work through financing mechanisms in order to turn the cash held into revenue. For FFP purposes, the fact Arsenal hold large cash balances is not helpful, because the money is an ‘asset’ rather than an income stream; however, there are financing mechanisms which can help turn assets into income, and FFP does allow finance income to be included in the FFP break even calculation.

Yet if Arsenal do make an aggregated loss, this can also be tolerated. FFP allows an ‘acceptable deviation’ of up to €5m, and this can be increased an additional €30m “excess is entirely covered by contributions from equity participants and/or related parties”. In plain English, this means a club’s owners can cover the loss.

Alternatively, if Arsenal had plans for aggressive expenditure which would necessitate short term losses in order to grow the club, they could seek to enter into ‘Voluntary Agreement’ with UEFA.

What is a Voluntary Agreement?

Voluntary Agreements are a mechanism introduced into the FFP framework in 2015 which facilitate investment into a club, which may result in an allowance for the club to make losses provided that an owner or a related party makes an ‘irrevocable commitment’ to cover those losses.

Voluntary Agreements can only be entered into in certain circumstances, including a club meeting its break even requirement in the previously year, or being “subject to a significant change in ownership and/or control within the 12 months preceding the application deadline”, either or which could apply to Arsenal this year, given the club’s change of control last year.

However, Voluntary Agreements need to be set up with UEFA by the end of the calendar year before the season the agreement comes into effect. Assuming no such agreement was entered into following Kroenke Sports & Entertainment taking full control of Arsenal last year, the opportunity for aggressive investment this summer funded by KSE may have passed.

What about the salary cap?

It has been widely reported that the Premier League’s Short Term Cost Control (‘STCC’) rules may have been an impediment to Arsenal’s spending.  STCC was a measure brought in by the Premier League to restrain salary inflation in light of lucrative television deals which came into effect in 2013. Under the STCC rules, clubs were limited in the way they could increase their wage bill. It has been reported that clubs were limited to increases of £7m per year, however this is a little misleading, as the calculation of the permitted increase is in wage bill is a little more complicated, weighing multiple factors. Recent analysis by the Arsenal Supporters’ Trust suggested Arsenal had around £30m headroom for salary increases based on the club’s most recent accounts.

In any event, the STCC rules applied only until the end of the 2018/19 season, with no indication from the league that the rules will be extended further, meaning any obstacle that may have applied (for example, an increase in wage bill of more than £30m a year may not have been permissible in January) has fallen away.

How else could FFP affect owner investment?

Under the FFP rules, not all expenditure is treated the same way. FFP is designed to promote spending in a way that is deemed by UEFA to be sustainable and to promote the growth of the game. The means that certain outlays are ignored for the purposes of FFP compliance. Therefore, owners, or other investors, can put an unlimited amount of money into certain areas of a football club without worrying about FFP compliance.

One of the main areas of exemption is in relation to “Finance costs directly attributable to the construction and/or substantial modification of tangible fixed assets”. “Tangible fixed assets” includes buildings, like the Emirates Stadium and Arsenal’s training facilities at London Colney. At Arsenal, a major area of ongoing expense relates to the debt the club incurred in order to build the stadium at Ashburton Grove. This expenditure is already ‘off balance sheet’ for FFP break even purposes, but this does present a mechanism under which KSE could invest in the club – either through refinancing existing debt, by improving the stadium, or by adding to the club’s training facilities.

There are other interesting exclusions in areas where UEFA is trying to encourage investment. For example, expenditure on women’s football activities is excluded from the FFP break even calculation, as is certain expenditure on youth development (where that expenditure can be directly attributable to activities required to train, educate and develop youth players – so buying the next big thing from Ligue Deux won’t be exempt from the FFP break even calculation). Again, this presents an opportunity for investment in these areas without breaking the letter or spirit of the FFP rules.

Does this mean KSE can invest in the club?

Financing a football club is a complicated affair. Teams are subject to a complex nexus of financial rules, governance requirements, and commercial factors. But within those constraints, there are mechanisms for owners to invest in their clubs – on players or otherwise. This does not mean that KSE can easily spend hundreds of millions of pounds in the way that other clubs’ owners may have in the past; nor does it mean, though, that the owners are altogether prohibited from investing.

FFP has moved on from the vision initially articulated by Michel Platini. Over time, the rules have iteratively changed, becoming increasingly focussed on transparency, responsibility, and sustainability rather than absolute barriers to external investment. While it is still an independent goal of FFP to ensure for clubs to operate on the basis of their own revenues, this does not mean that an owner cannot invest.

The key lies in the credibility and sustainability of a club’s long term strategy.

Christopher Flanagan is a practising lawyer who specialises in financial regulation.  He is the author of a number of works featured in law journals and textbooks on the law of money in football. Christopher is the Managing Editor of the International Sports Law Journal.

You can read more about the history of FFP in Christopher’s three part series for the Asser International Sports Law Blog here. You can find him on Twitter @LegalManFlan.