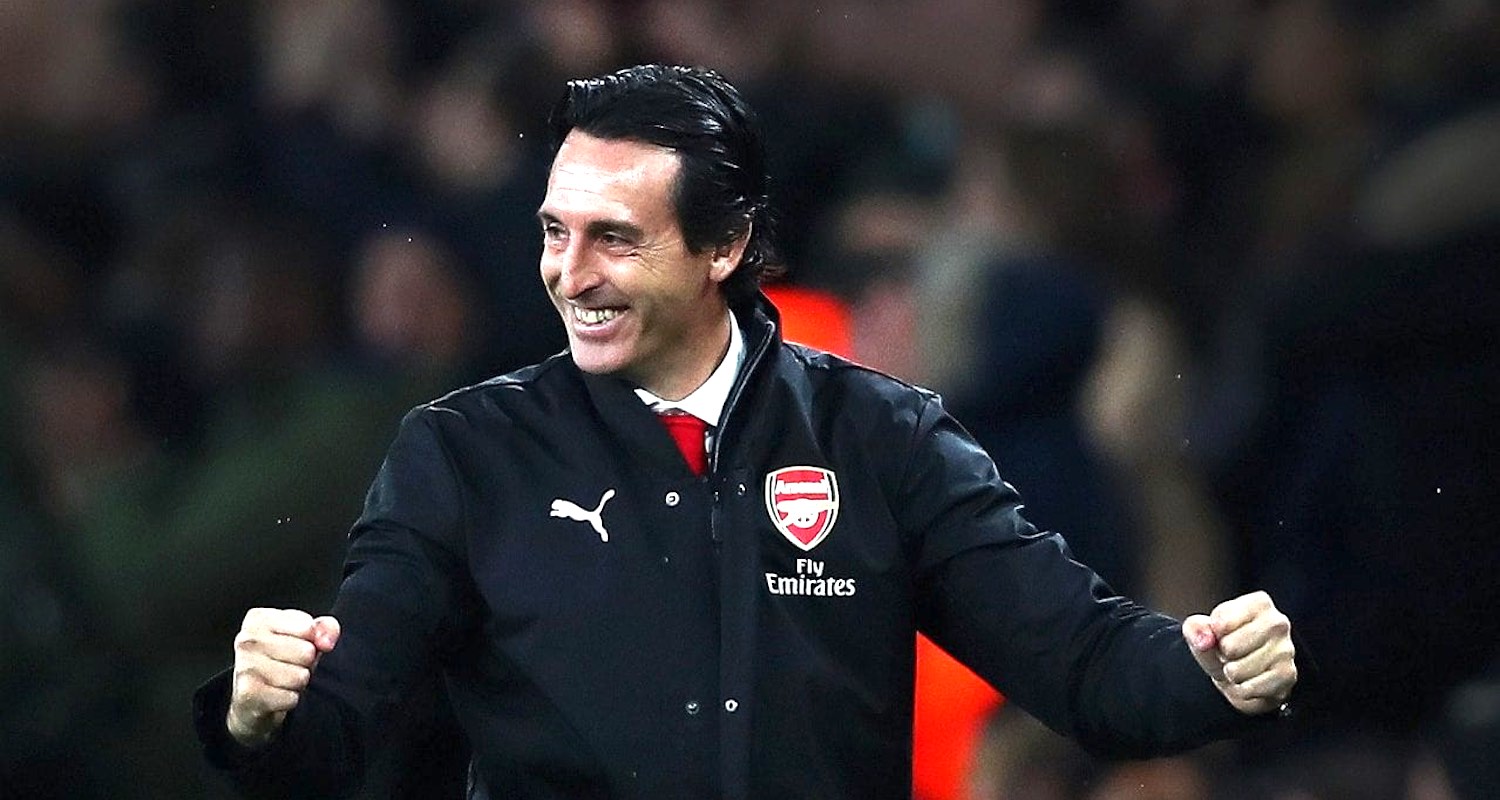 Unai Emery will meet the press today before the Europa League final, and we’ll get some final thoughts from him on what his plans are, how he sees the game, and all the rest. I’m not expecting him to go into any great detail in terms of his team selection or formation, but I do wonder if it’s as cut and dried as people think.

We talk about it in some detail on the new Arsecast Extra, and I’ll cover it a bit more in tomorrow’s match preview, but has the manager got a surprise up his sleeve? We’ve seen him do unexpected things throughout this season, maybe there’s one more team selection with a wild card in it. Anyway, more on that tomorrow.

Speaking of Emery, if you haven’t already had a chance to read his interview with El Mundo, it’s worth checking out our translation of it here. Understandably he’s more expressive and interesting in his native tongue than he is in English, talking about Arsenal, the Europa League final, his first season in England, and even a touch of politics too.

As someone who learned a second language as an adult, I understand very well the issues that Emery faces with communication. It’s not easy to say the things you want to say, the way you want to say them. It’s something he likes about England compared to France, for example:

When I arrived in Paris, I tried to speak French and the answer, sarcastically, was that I did not speak it well. In London I use very basic English and everyone smiles at me and they thank me for trying.

Nevertheless, when the only time you hear someone speak is in ‘very basic English’, mixed with football terminology and buzzwords, it’s hard not to let that influence your perception of somebody. This interview is a reminder that there’s a lot more than that to Emery. I think his insistence on speaking English from day one has been admirable and brave, it’s so difficult to do that when you’re learning a language and few of us have ever had to do it in full glare of the TV cameras, national media and all the rest. At the same time though, I think it has coloured the way people think of him to a certain extent because you can only hear stock phrases so often without it getting a little bit grating.

I also think that in this situation the erudite, witty shadow of the previous manager hasn’t done him any favours either. Wenger’s press conferences, except right at the end when each one was a fire-fighting exercise revolving around the tedium of his team’s familiar failings, were always fantastic to watch and listen to. He could hold court on any subject, football or otherwise, and that’s not something Emery can do with just 12 months of learning English. I don’t think even with full fluency he’d be quite as captivating a presence as Wenger, but the interview shows there’s a bit more to him than he’s given credit for.

He was particularly interesting on the topic of his style of play, and what he wants from his side:

I want us to be a chameleon team, able to play in possession, in static attack against close opponents, or to counterattack.

It’s clear he’s not fully a possession based coach, nor a defensive one. We press sometimes, not always, and it’s been hard to work out exactly how he wants us to play at times. In his first season, dealing with a new squad, new players, various issues with personnel, injuries, and all that comes with a new job in a new country and a new league, you could make a reasonable case that it’s been difficult for him to impose real clarity in terms of style. Whatever happens on Wednesday, I expect him to be in charge next season, so with a full summer, some investment in the kind of players he wants, a bit of a clear-out of some of the ones he doesn’t, I think there’s a need to start producing something that is identifiable with Emery, even if it is less likely to be as set in stone as someone like Pep Guardiola.

Meanwhile, Bernd Leno says he’d be ‘pumped’ if he was picked to play tomorrow night, despite the fact this would deny Petr Cech the dream end to his career. The veteran is widely expected to start against his former club in Baku, but top level sport is a ruthless business and the German says that although he has huge respect for his teammate, he wouldn’t think twice:

I have great respect for Petr Cech and we get along really well. He deserves any and all recognition. Still, I’m a professional sportsman, I always want to play, especially in a final. It would be the completely wrong time to have a guilty conscience. It’s a huge game for Arsenal, I absolutely wouldn’t say: ‘I’d rather not play.’ I’m pumped to play, that’s my mindset.

I don’t think there’s a player in the world who would, or should, turn down the chance to play in a game like this. Even if they were affected by sentiment, the bottom line is that the manager makes the decision about who starts, and the players have to respect that completely. As I said, I do fully expect Cech to start and as Leno says himself, “I just hope we win, no matter who is in goal.”

Finally for today, as the spotlight is well and truly on clubs whose financial resources are greater than ours – and who in all likelihood have cheated the system (FFP etc) to build their successes – we have a look at what Arsenal’s owners could do about that to make us competitive again.

There’s an idea that there’s no way for KSE to invest in the team without falling foul of FFP rules, but that’s not the case. I don’t think anyone has any expectation of him doing it, nor that this would be a consistent approach even if he did, but in order to bridge the quality gap it would be possible to augment the budget in a couple transfer windows, so those who say it’s impossible for Kroenke to illustrate even a measure of ambition because of the rules are wide of the mark.

Right, I’ll leave you with yesterday’s Arsecast Extra chatting primarily about the Europa League final, but lots more too. We’ll continue the build up here (Tim’s Road to Baku part 2 is here), and over on Arseblog News. Back tomorrow with a full preview of the game.