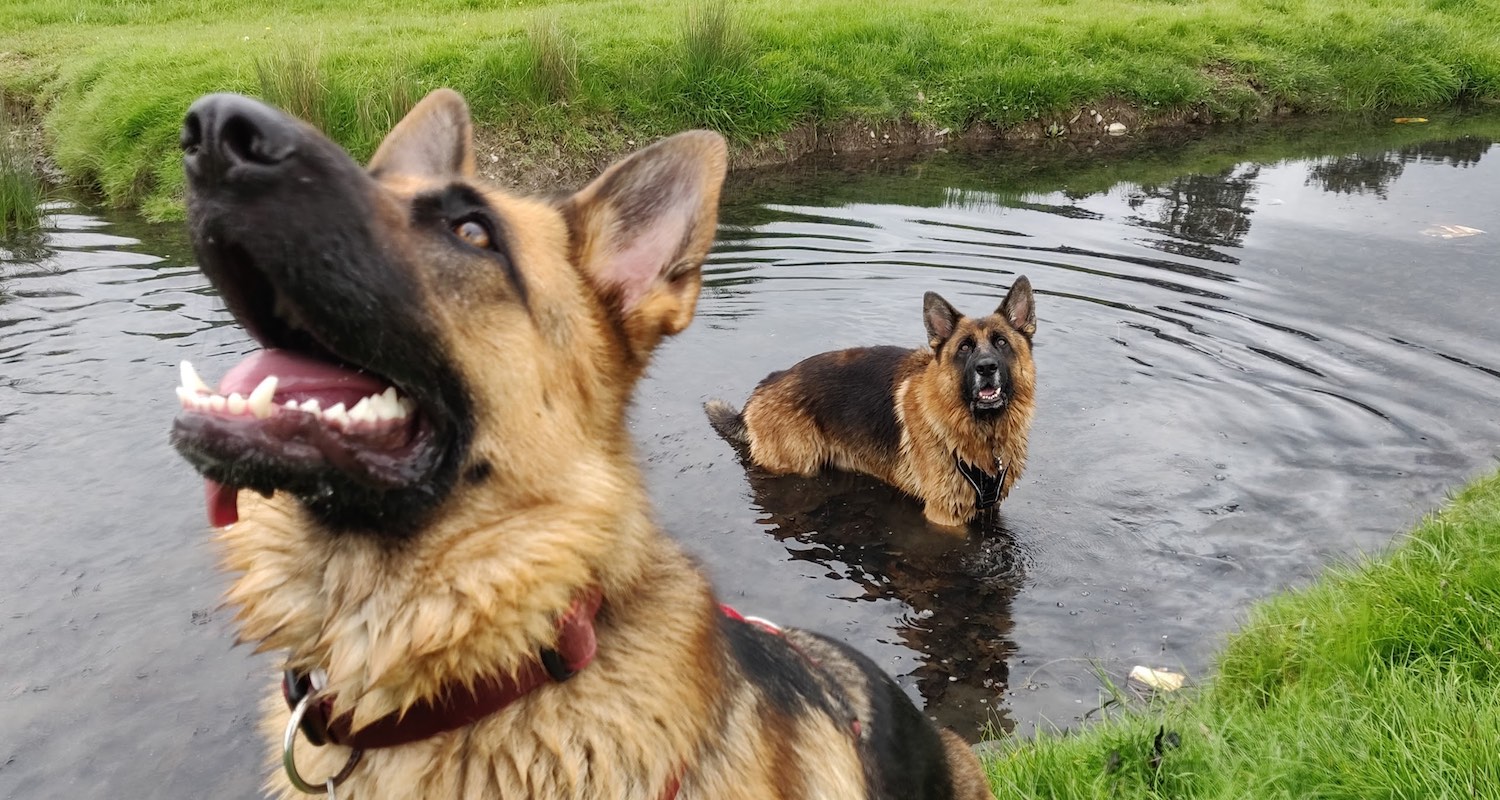 15.34 – Hijack a discussion about being an Arsenal fan in the modern age by posting pictures of my dogs – plenty of likes, some RTs, loads of replies of people posting their own dogs.

If you want something to do today to take your mind off all the nothing that’s going on at Arsenal right now, check out the replies to the Tweet below (or my @s in whatever app you use). It’s a dogstravaganza. Houndapalooza. Woofstock.

Arsenal discussion? I need some time off.

DOG PICS?! I AM ALL THE WAY IN! pic.twitter.com/MJ8MHsnvLC

As you can see I have two BFGSDs. Did anyone out there call their dog Bark Overmars? Dobermanuel Petit? Lukas Pugdolski? I’m avoiding the obvious ‘That player you hate’ + Shih Tzu gag.

So, what’s new? Well, the Internet was awash with rumours about the young Brazilian Gabriel Martinelli yesterday. Apparently he turned 18 and so we can now announce him as a signing. I’m not quite sure why we have to wait until his birthday though. Haven’t we signed 16 and 17 year olds before? Like, lots of times?! Anyway, he was too busy having cake or something and there was no announcement, but it is widely expected that he’ll be joining us and the rest of the youngsters who will make up our team next season.

I’m also looking forward to the Gabriel Martinelli Welcome to Arsenal video, replete with dodgy techno with the four clips of him that anyone can find. It doesn’t matter if there’s barely any footage of him, the welcome video must be created. That is the law of YouTube and football.

England played France in the U21 European Championships last night and lost 2-1 thanks to a late own goal from Crystal Palace’s Aaron Wan-Bissaka. From an Arsenal point of view, there was nothing to get our teeth into. Reiss Nelson, who would surely have fired England to victory, remained on the bench, as did Matteo Guendouzi for France. Former Gunner, Jeff “The Jeff” Jeff-Jeffington-Smythe III played the full 90 for France.

England’s next game is against Romania on Friday; France play Croatia the same evening; and later today Krystian Bielik – the man who is day by day becoming the answer to all our defensive problems – is in action for Poland as they take on Italy in Bologna. Another impressive performance and the clamour for his involvement will grow, but the tiniest mistake will condemn him to a life of lower division football forever. It sounds harsh, but that’s football these days where your stock is only ever as high as what some people on social media think about you.

Meanwhile, Lucas Torreira’s agent said ‘Yes, clearly’ when asked if a call from Marco Giampaolo would mean something to his client. Giampaolo is the manager of Sampdoria who the Uruguayan worked with during his spell there, and he’s widely tipped to take over at AC Milan. A couple of quick thoughts on this, because of all the things we have to do this summer letting go of a player like Torreira is pretty much bottom of the list:

1 – This is classic agent talk. You don’t close any doors, because as we all know, you never know in football. That’s the thing we definitely know, that you can never know. Our knowing of never knowing is deep and profound. So, we’ve heard that kind of thing a million times before and basically it’s meaningless, so don’t get too stressed about it. Agent’s gonna agent. That’s all.

2 – If Ivan Gazidis has the bare-faced cheek to call up Arsenal to try and do a deal for Lucas Torreira, I will spend the rest of my born days inventing a device which can electrocute people in the bollix via a telephone line. I guess I’d also have to invent time travel to go back to the exact point where that phone call was made so I could unleash the devastating current to his withered goolies, but it would be worth it. I saw yesterday he’s made some application to UEFA seeking exclusion from the next season’s Europa League, apparently so they can spend this summer without worrying about FFP.

I’m no great fan of UEFA, but I hope they tell him to stick it right up his balloon knot. You can’t not play in a tournament because you don’t want to. And for this bloke who played a significant part in establishing Arsenal as a Europa League level club to try and wheedle his way out of the competition at his new club … ooooh, he makes me mildly irritated let me tell you.

Speaking of horrendously corrupt and evil organisations that consistently do massive damage to the game of football, there are some stories doing the rounds that Arsene Wenger is set to take up a role at FIFA. There’s no real clarity as to what his role would be, but I like to think he’s a ruthless cleaner, walking through the diamond-encrusted HQ capping people with a silenced pistol until he reaches the office of Gianni Infantino and like a French James Bond gets the arch-villain to reveal the full extent of his nefarious plan before saying “Look errrr, I just recorded you with my state of the art recording device that I concealed under this top hat”, and in a blind panic Infantino jumps out of the window and plummets to the ground where he doesn’t die but lies there in excruciating pain and nobody can find him because he’s landed in one of the €100,000 flower beds he had planted as he splurged FIFA’s money last summer on fripperies and fallaleries. Good enough for him I say.

Arsene Wenger is basically The Equaliser.

Right, that’s your lot. For Arseblog Members on Patreon, James and I are recording an Ask Us Anything podcast this morning, so if you have questions, head on over to the Patreon post and leave a comment. If you’re not a member and fancy signing up, you can do that at patreon.com/arseblog, to get instant access to all the extra content and support everything we do here at Arseblog.