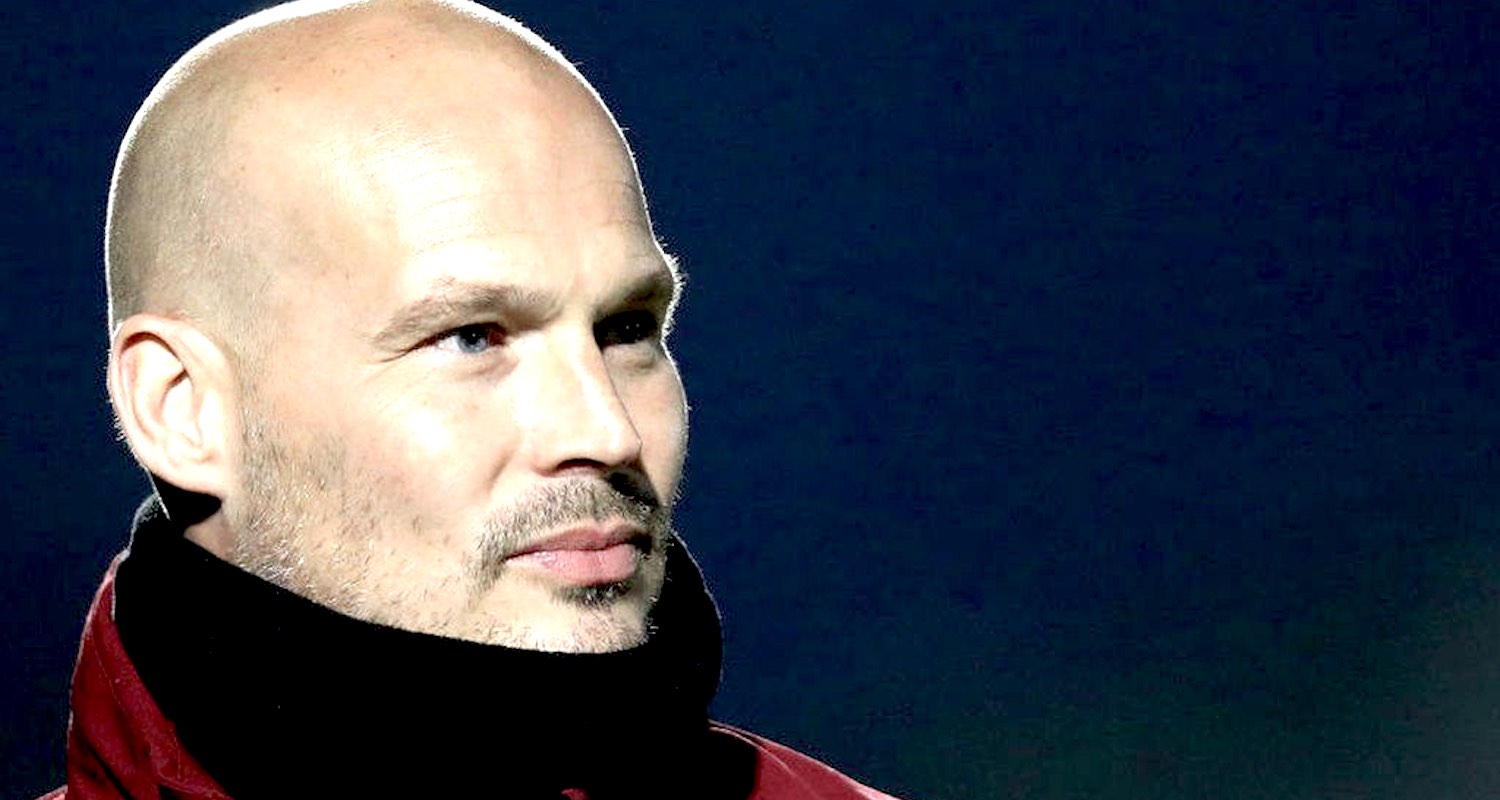 If you’d asked me which of the players from the first ten years of Arsene Wenger would go on to have a coaching career at the club, I’m pretty sure there would have been a lot of names I’d have gone with before Freddie Ljungberg.

Maybe a case of judging a book by its cover, or by its Calvin Klein bulge, but of all those men who pulled on the shirt, the Swede is now the closest of all of them to the top job at Arsenal. Which isn’t to ignore Steve Bould, by the way, he’s spent the last seven years as assistant manager to Wenger, and then a season alongside Unai Emery, but Freddie was brought in by the Frenchman, and synonymous with the titles and doubles he brought to the club.

He’s had an interesting career trajectory. I saw a headline yesterday saying ‘Former Celtic player promoted at Arsenal’, and I had no recollection whatsoever of him playing there. I know he went to West Ham, our quasi-retirement home for players at that point, but also had playing spells in MLS, Japan and India.

After his playing days had ended he came back to the club in an ambassadorial role in 2013, before beginning his coaching career with the U15s a couple of years later. At that point Andries Jonker was in charge of the Academy, and he left with the Dutchman when he was offered the role of manager at Wolfsburg. They lasted 6 months before being sacked, but last summer, when all the post-Wenger changes were being implemented, he was brought back as coach of the U23s.

Everyone I talk to about the work he did with that team speaks really highly of him, in particular the players, and when Arsenal confirmed what we all knew yesterday – that he’d be joining the first team coaching set-up – it gave us, I think, a good idea of how this club is going to operate in the next couple of years. More on that anon, but the announcement yesterday went into some detail about the reasons why Freddie will work as part of a ‘transition team’ to help the path of young players, while Steve Bould will now work alongside Per Mertesacker at youth level.

Steve Bould will lead our under-23 team as well as oversee the under-23 and under-18 phase programme with academy manager Per Mertesacker. Alongside his new under-23 head coach responsibilities, Steve will work with Freddie to determine how players transition between the academy and first team to ensure our players are exposed to the right challenges at the right time.

The one thing you’d say was a bit clumsy is that by framing Freddie’s new job as a promotion, you basically say that Steve Bould has been demoted, but in truth it’s probably something that suits both men. It’s clear the former is an exciting young coach with lots of potential and ambition, and the timing and circumstances have created this opportunity for him. For Bould it’s a chance to have a more hands-on coaching role again, and his experience and knowledge of this club is something that should be viewed as valuable in this position.

Arsenal do have an exciting crop of young talented players who we all hope can make the breakthrough, and Freddie knows them very well. For the players it’s like a door being held ajar, they can see a path to the first team that was previously a bit more complicated, and with clubs circling some of them, it might well help us hang onto them because they can feel more confident about being given chances to play and show what they can do.

Let’s not also be blind to the fact that the state of the Arsenal nation, if you like, is playing a part here. We’re at a point where the team needs a serious rebuild, we have too many players at the 30+ mark, and some of this squad just aren’t up to it as they have demonstrated over the last couple of seasons. When James and I went through the first team squad on the Arsecast Extra last week, there are only 6 or 7 players who don’t have some kind of question mark about their future, so that’s playing a part. These kids aren’t trying to get past the likes of Bergkamp, Henry, Pires and Vieira to get a game.

We also have to consider the financial situation. Our transfer budget is meagre, to say the very least, and as the Arsenal Supporters Trust financial analysis showed last week, we’re going to post a considerable loss in our next financial results. For those who scoff at that, I’d suggest taking a look back at their previous analysis which is pretty much bang on the money every time. The wage bill is too high, we’re not getting value for money from some of those being paid the most, and we have owners who steadfastly refuse to invest money into the team despite the fact there are ways they could do that without breaching FFP.

As you would expect, the club are presenting this in a nicely packaged way. This renewed focus on youth is something fans can connect with an believe in. We can talk about parallels to when George Graham took over and got rid of the big names and big personalities, replaced them with the likes of Tony Adams, Michael Thomas, David Rocastle etc, and went on to win titles. It resonates, of course it does, and there’s nothing better than seeing a young player come through from the Academy to the first team to become part of the Arsenal – even if some of the players who have done that in recent years have been given an unreasonably hard time by some fans.

What we can’t ignore is that Project Youth 2019-20 is also borne out of necessity. When your Managing Director makes it abundantly clear that they see the progression of young players as ‘financially efficient‘ then we shouldn’t let the romanticism of this cloud the fact that it’s the cheapest way of squad building. You don’t pay transfer fees, you don’t pay big signing on fees, and for a club which appears more and more to be run by a skinflint, then you can’t help but be a little worried.

Are we doing it because these players are so good we can’t ignore them and we have to give them a chance to show what they can do? Or are we doing it because there’s bugger-all money and this is the only way we can add depth to our squad? I suspect the truth lies somewhere inbetween, and we also have to consider the coach when it comes to the efficacy of this plan.

I can’t speak to his track record with young players at his previous clubs, but what I can say is after his first season at Arsenal, he’s been a bit hit and miss in that regard. In many ways I understand why he erred on the side of experience. He took over a difficult job in tricky circumstances, and I think it’s natural to rely on players with a bit more experience. Perhaps that will change next year when he’s better informed about those senior players who ultimately failed in our twin objectives, as well as the youngsters who are knocking on the door.

What gives me some pause is that when you look at this crop, they’re almost all attackers. Jordi Osei-Tutu is probably the stand out defender, but he never got a chance at right back last season. After that though, it’s Eddie Nketiah, Joe Willock, Emile Smith Rowe, Reiss Nelson, Bukayo Saka, Xavier Amaechi, Tyreece John-Jules – all of whom are more or less attacking players. Can Emery throw off the shackles of conservatism which were a feature of his first season and integrate some of them? There are too many names there and not enough places in the squad, so some will fall by the wayside.

Update: I should mention the highly-rated but still young Zech Medley and Daniel Ballard, who was called up for the Northern Ireland squad this year, as defenders who might be in the frame.

Tim wrote his column last week on young players and expectations that surround them. It’s well worth a read this morning as we embark on a direction which seems pretty clear. As I said, it’s something we can all get behind, and if it works it will be fantastic. We could rebuild the team, but also build up the asset value of these players, and the ones that don’t make the grade will certainly fetch more in the market, which we can then re-invest into transfers. There’s also a danger that we shift the balance too far, that the decision to go this way is far more out of necessity than design, and that young players are thrown in too early and struggle as a consequence.

I think if you asked people if they’d prefer this or more big money transfers on players who have ultimately disappointed, I suspect would many would choose this option. It is exciting, it does have potential, but it’s also a high risk strategy that might not work, or take some time to come to fruition – during which we have to endure some difficult, frustrating times. Is there the patience for that?

I guess we’ll see. I hope Freddie does a great job, and I think it’s worth pointing out that Steve Bould’s track record at youth level is excellent, and hopefully he’ll enjoy the more hands-on work he’s got now as opposed to being somewhat sidelined by the autocratic Wenger and then Emery who probably kept him on as a guide for his first season as he got to know the players and the club.

It could be good for both men, and if it is then it will be good for Arsenal, and heaven knows we could do with some of that at this moment in time. As fans we don’t have any choice but to get on board this train of footballing adolescence and see where it takes us. Good luck to Freddie and Steve Bould.

For your ears, the brand new Arsecast Extra is below. Listen/subscribe/share – enjoy!