Home Arseblog, the arsenal blog REYES! STAND UP FOR THE CHAMPION 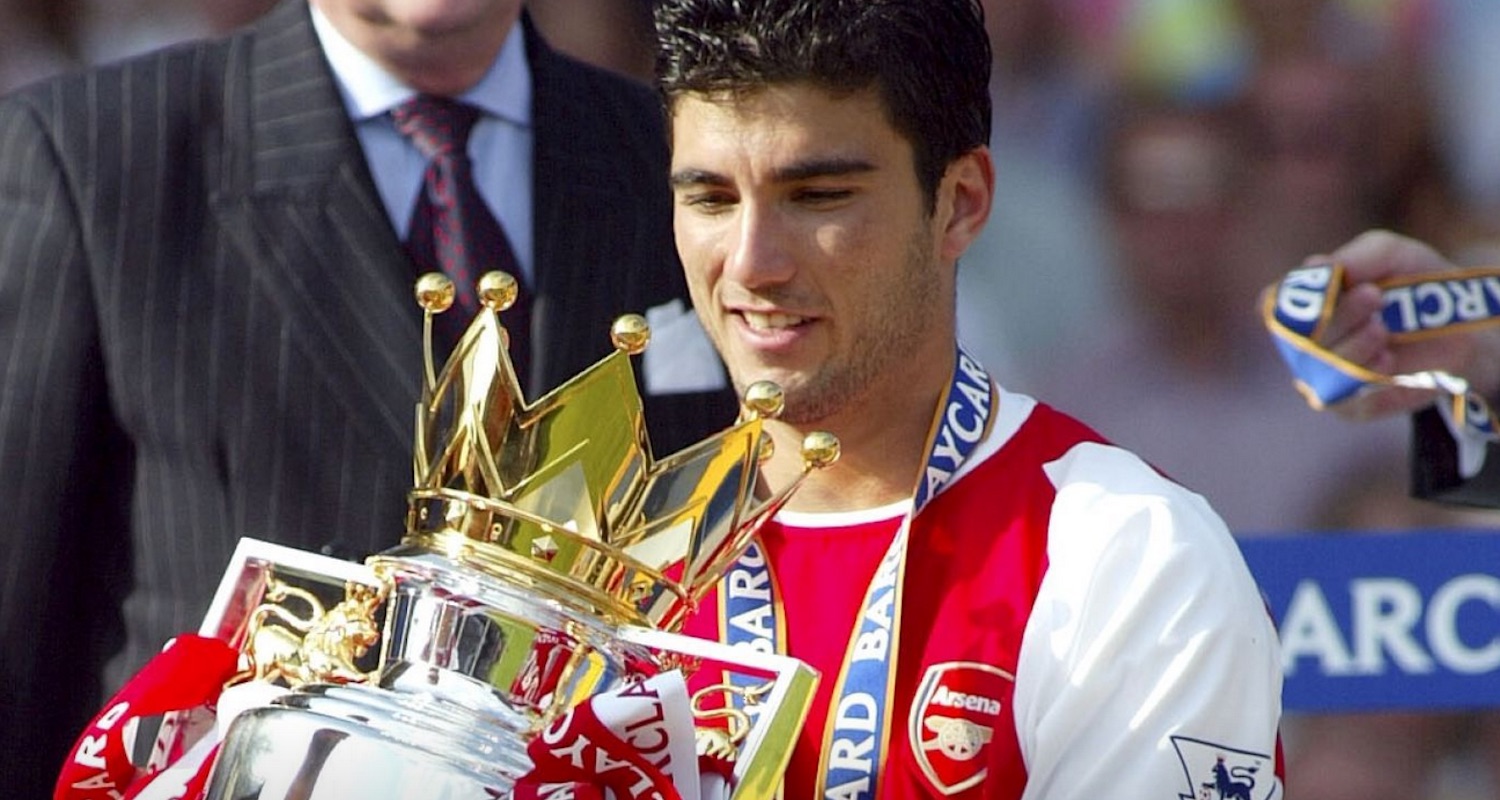 “We have a game based on movement, technique and pace. Reyes has all that. We have been following him for a year.”

So said Arsene Wenger in January 2004 when we signed Jose Antonio Reyes from Sevilla. It was a club record transfer that stood for years, and thinking about it again yesterday after the awful news broke that he’d been killed in a car crash along with his 23 year old cousin, it was so, so exciting.

Remember, this was an Arsenal team that had Thierry Henry, Dennis Bergkamp, Kanu, Sylvain Wiltord, Robert Pires, Freddie Ljungberg, an up and coming Jeremie Aliadiere, and we still went out and added more firepower. I don’t know what the equivalent might be these days, but we were heading towards the stadium project, we weren’t exactly flush with cash, and we pushed the boat out to add a brilliant player to an already brilliant squad.

Remember how he announced himself against Chelsea with that rocket of a goal, and then scored another which left a hapless John Terry sprawled in the back of the net? Most people have forgotten the three of four games he played before that, including an own goal away at Boro in the League Cup, but that’s ok, it doesn’t matter.

Nor do the difficulties he faced during his time at Arsenal. He was homesick. He never quite felt settled. He was duped by that radio show. He just wanted to go back home, because he was a human being who felt better in his own country. The stick he got was understandable, because we view footballers as things, machines, robots who have one task and that is to deliver on the pitch. Any deviation from that opens them up to criticism and opprobrium, because how dare they be people with feelings and problems? Their massive wages and life of privilege doesn’t allow them to suffer the same things as us. But it doesn’t matter.

What matters is the impact he had on people’s lives and the memories he created. It’s such a weird thing to feel so upset about someone you never met, but I was close to tears at times yesterday. I’m a grown man, I can rationalise the story and the news, I can compartmentalise it into my own life where the impact is far less significant than it will be for his family and friends who will feel it so acutely this morning, but as I read the tributes – the one from Cesc in particular – and saw pictures and videos, it was really hard not to feel emotional.

I remember that goal against Chelsea, of course. What a rocket that was. The headline in Spanish daily AS the next day read ‘REYES SMITES CHELSEA’. If ever anyone needed a proper smiting it was them. I remember the goals against Portsmouth and Fulham at the end of the unbeaten season which played such a big part in us going through that campaign without defeat. It was an equaliser at Fratton Park on a night when we were very far from our best, and at Craven Cottage he nicked the ball from the feet of Edwin van der Sar to give us a 1-0 win.

I remember his start to the 2004-05 season when he scored 6 goals in our first 8 games, including one in that incredible 5-3 win over Boro at Highbury on the day we equalled Nottingham Forest’s unbeaten record. Having gone 3-1 down, we came back in astonishing fashion and Reyes, fed by Bergkamp, cut inside on his right foot and belted the ball into the top corner to put us into the lead again. The TV cameras barely caught it as they’d just stopped showing replays of the Robert Pires equaliser. Even from a distance, watching through the broadcast lens, you could feel the eruption of celebration at Highbury.

“REEEEEYYYYYYEEEEEESSSSS!!!!”, screamed Martin Tyler on Sky. ‘STAND UP FOR THE CHAMPIONS’.

I remember the Champions League semi-final at the Bernebeu. Reyes getting taking a kick from their full back who could barely get near him all night. He went down on one of the wings clutching his leg. He had a look around to get his bearings. Realised he was just off the pitch so play would go on, so he rolled back onto it and the Real Madrid players went mental. I think Casillas even got booked for his reaction. I wore a Reyes 9 shirt on that trip from Barcelona to Madrid, and I recall airport security men wishing me good luck against their old enemy because that night everyone in that City was up for Arsenal and anyway everyone loved Reyes.

I remember how it started to go wrong and became a saga, but as I said before, it doesn’t matter. What matters are the memories he created elsewhere. Scoring the goal to win Real Madrid the league. Winning the Europa League twice with Atletico Madrid, winning it three times with his beloved Sevilla, under our current boss Unai Emery.

Emery said via Twitter, “I’m so sad and lost for words after hearing this tragic news. I’ll never forget your magic and your smile Jose. Never. It was an honour to be by your side. An embrace and all the support in the world to your family, friends and the clubs you represented. RIP my friend.”

This morning fans of all his former clubs, and football fans in general, will have their own recollections of José Antonio Reyes. Footballers can imprint themselves on our lives in so many ways, they create moments that we can never forget. Nor should we. Regardless of what else they do in their careers, how they do it and where they do it, we shouldn’t let those cherished memories be tarnished. His tragic, untimely passing is a reminder of that, and all we can do this morning is send our condolences to his family, friends, and colleagues.

It’s set up for a forward signing in January too