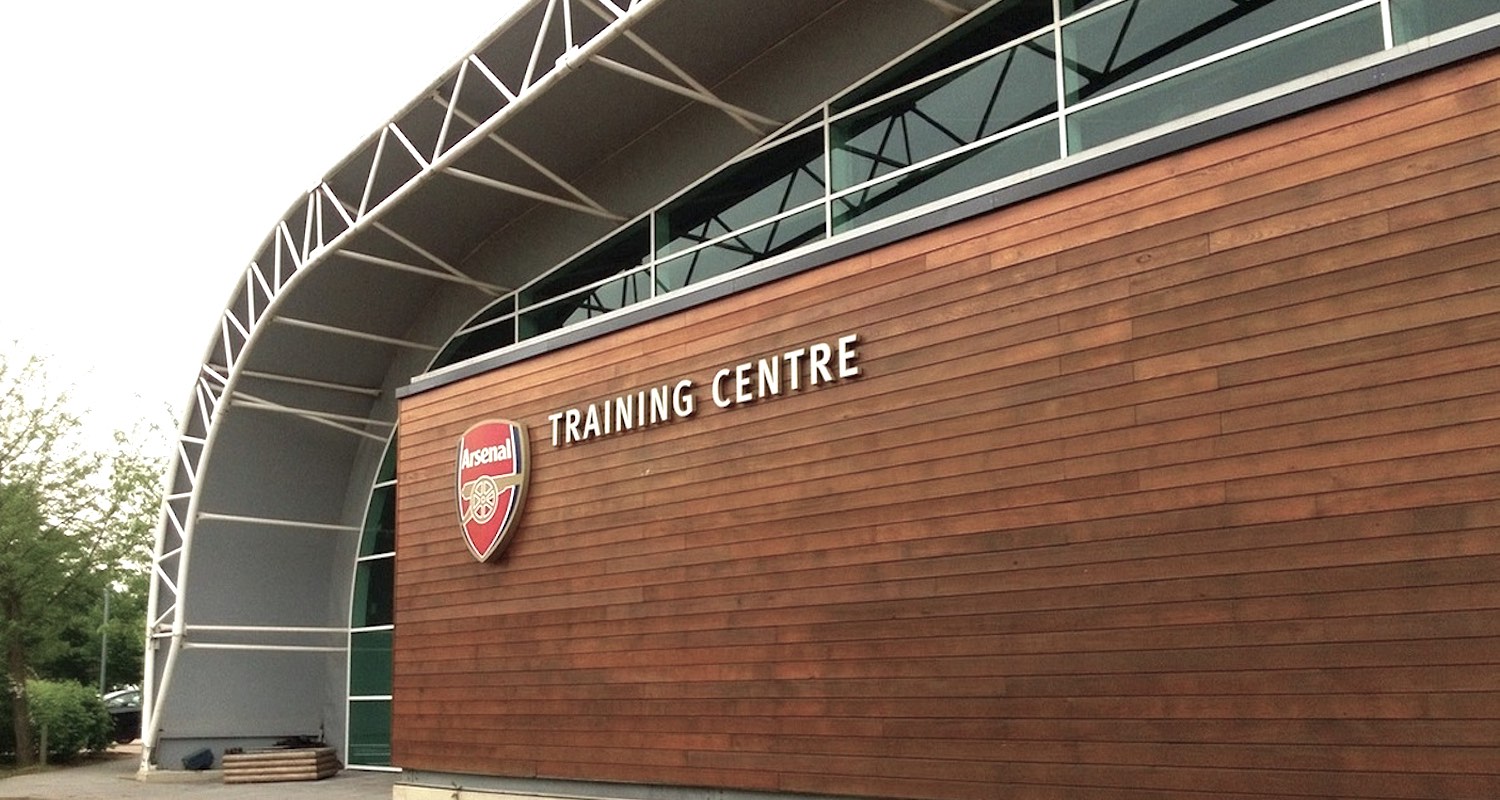 Culture change. It’s a phrase that popped up more than once in yesterday’s Arsecast Extra, and this morning as I sat down to write wondering what to do blog about, it was flying around my head. What does it mean though? What exactly is this culture we’re trying to change?

For me, it goes back to Arsene Wenger, and I should point out that this is not to be critical of him, per se. We all know the stories of how, when he first joined the club, he couldn’t believe the training facilities. The players trained alongside students, using a hotel as a base at times, and after the sale of Nicolas Anelka to Real Madrid for £22m, the boss went out and bought Thierry Henry and built a training ground.

“The feel of the place is futuristic, like something by Norman Foster,” wrote Japser Rees in his book ‘Wenger: The Legend”

“The pitches themselves seem to go on forever. They are all in pristine condition, like golf greens, meticulously flat and, in the case of two of them, undersoil-heated.”

We know about attention to hygiene, nobody could come in with their shoes/boots on, the Feng shui, the soothing pastel shades and natural light, the state of the art (at that point) gym, dressing room, and the dietary and training methods Wenger put in place. It revolutionised the club and the players benefitted hugely. The likes of Tony Adams, Lee Dixon, Martin Keown, Steve Bould, Nigel Winterburn, who had come up tough, had their careers extended, and what Wenger wanted to do was create the ideal environment for his players.

There’s clearly a very obvious logic to it. If you give someone everything they need to succeed, from facilities to support staff, physios, belief from the manager, a nice contract so they don’t have to worry about things which might be a distraction from football, and give them a beautiful place to come to work every day, your chance of getting the best out of them are increased.

When you give that to players who have spent half their careers getting changed in prefabs or car parks or on rickety buses or wherever else, you can understand how much it would be appreciated. But over time, that becomes the only thing anyone knows. Perfection. Comfort. Luxury. Warmth.

It’s not to say training isn’t hard or intense or anything like that, but when you always have something you can take it for granted. It’s not special, it’s just normality. Which is fine. Why shouldn’t we want Arsenal players to have great facilities in which to work and train? We can’t take them once a month and make them kit out in an old school then tell them to run up and down the terraces. There are no terraces, and anyway, chances are they’d do themselves in an injury.

Another key element of Wenger’s outlook or philosophy was a lack of confrontation. He himself was famously non-confrontational. It wasn’t that he couldn’t be harsh, he definitely could, but he was never blind to the humanity of players. He treated them like people first and foremost, rather than football robots who have one job and one job only and that’s to win.

Again, it’s admirable, and you could never doubt his desire to win games. He once said, ‘Every defeat is a big scar in my heart here‘, but as time went on, he’d suffer the daggers to the heart, almost shielding the players from the pain. Of course players felt bad when they lost, some more than others, but did they feel bad enough? Crucially, were they made feel bad enough?

Before the Europa League final Petr Cech talked about the difference between Arsenal, where he won an FA Cup winners medal in a final in which he didn’t play, and Chelsea where he won every competition there was to win. Clearly, Roman Abramovich’s money had a significant part to play in that, but so too did the culture in the dressing room. Cech said:

At Chelsea, at the times when we drew, it felt like a funeral in the dressing room. It was so bad. If we drew against a big team at home, it was like, ‘Oh no, it is impossible we didn’t win at home’. It came from everywhere: the players, the coach. Since the start when I was there, the pressure was there every game.

Back in January, when I spoke to the BBC’s David Ornstein, he had this to say:

Within Arsenal, various people who’ve worked there over the years, have described London Colney as being like an oasis, like a spa, like a holiday camp. It’s a lovely environment, it’s fantastic for players and staff, but is it somewhere that is conducive to ruthlessly succeeding?

And even this week, in his interview with El Mundo, it’s something Unai Emery touched on:

I want to ensure that the defeats hurt more, because it is a step to improve competitively. I want the mourning of defeat to be greater than two hours.

Whatever you think about Emery, that’s a point of view we can all identify with. Defeat at Arsenal hurts, but it’s as if it’s the sting of a nettle, a temporary irritation that will go away and look there’s always the next game and sure even if we don’t do what we wanted to do this season we can all come back next year and give it a jolly good try. It shouldn’t be like that. It should sting like a team of fire ants snapping at your helmet, and if you don’t achieve the season’s goal then some of you aren’t coming back at all and you’ll be shipped off somewhere else and replaced.

Players are too comfortable. Too sure of themselves. There is not enough accountability, and while I have doubts about Emery there’s something in the fact that he’s identified this as a problem that gives me a bit of hope. We can all see that there some in this squad who are strolling, who don’t take enough responsibility on the pitch or in the way they assess their own performances, and the first thing you have to do is demonstrate a ruthlessness and ship those players out. That’s the first message you need to send. This attitude, this approach, is no longer acceptable.

I have no idea how this summer will go. We have new people running this football club now, and while they can talk the talk, we have no idea yet if they can walk the walk. The cynical side of me thinks they’ve simply bought into the existing culture of saying the right things but never having to deliver, but time will tell and in a relatively short period we’ll have a chance to judge their work properly. Our transfer business in and out this summer will be telling.

The concern, for me at least, is that it’s very hard to change the overall culture of a club when the people who own it have no particular interest in making that happen. Much like the modern players who only ever knew the serenity and beauty of Wenger’s new training ground, Kroenke has only ever known five-star Arsenal. The shiny new stadium, the relentless top four finishes, the ever-increasing TV revenues and property value increases. The same with Ivan Gazidis who arrived to become CEO of a luxury, fine-dining, corporate hospitality brand, with no concept of understanding of what it took to get there.

They didn’t know anything about the long hours, the planning, the scrabbling for finances to build the Emirates, the monumentally difficult decision of sacrificing Highbury – our home – to push the club forward. Those were decisions made by people who cared about Arsenal and who had genuine ambition. Then Stan arrives and Ivan arrives and they think it’s always been like this and they let it stagnate, it’s as simple as that.

What is becoming very clear though, is that unless someone does something about it, and quickly, the value of Arsenal as a football club will continue to diminish. We’re not even the second most attractive destination in London for players anymore. We can’t rely on the glories of the past to maintain our stature in the game. Someone needs to arrest the slide, bring the concept of reality to the people in charge of this football, and change the culture – because if not, the gap will continue to widen.

For more on this, the Europa League final, the summer, and where we go from here, check out the new Arsecast Extra. All the links you need are below. And for some extra reading, the final part of Tim’s Baku diary is well worth your time.