Home Columnists We Could Be Heroes 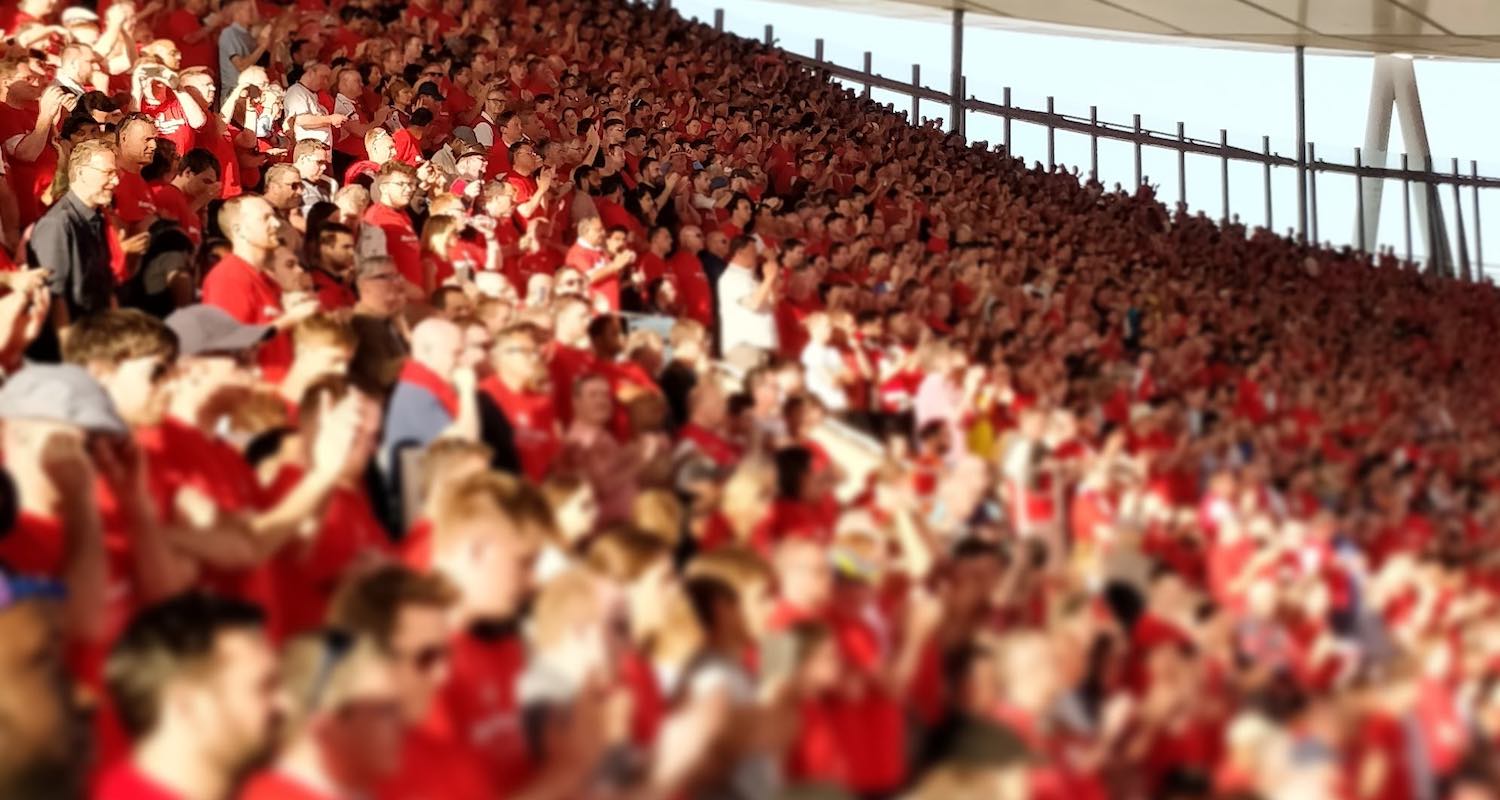 A couple of weeks ago, I wrote a reflective piece on the Arsenal crowd, who appear to have fallen back into a collective malaise in recent months. Saturday’s 2-1 win at Huddersfield did little to quell the confusion that has bubbled beneath the surface of the Arsenal support since just before Christmas. At the John Smith’s Stadium, Alex Iwobi incurred the wrath of some of that frustration as his substitution was ironically cheered, despite the fact that he had enjoyed a decent enough game.

Supporters having their punch bags is not a modern phenomenon. Ask Jon Sammels. While we shouldn’t pretend that Iwobi was relentlessly abused, that he felt the frustration of the away fans generated plenty of discussion online, culminating in Ian Wright recording a video encouraging the fans to be more supportive of an academy product.

There is a debate to be had as to whether academy products deserve special treatment from supporters. Generally speaking, players reared by the club are afforded a little more leeway than their counterparts- as evidenced by Jack Wilshere last season. Jack’s performances were rarely above mediocre (for reasons that are both well documented and not entirely his fault), but still the crowd chased the ghost of his diminished potential.

Of course nobody has to rate Alex Iwobi against their will. It is easy to see why he frustrates. His end product needs to improve, as his manager acknowledged in the wake of the Huddersfield match. Iwobi has other skills in the build-up phase that are incredibly useful to Arsenal and a little subtler to appreciate. But he is not a world beater at the moment, he splits opinion for reasons that are not difficult to understand and some people like him more than others.

However, the ‘conversation’ over the ‘treatment’ meted out to Iwobi accelerated when Ainsley Maitland-Niles felt the need (perhaps ironically) to respond to comments on his Instagram page from doubtless august critics. It is difficult not to clack your tongue in distaste at the level of arrogance it must take to think your unsolicited pearls of wisdom are of any use to an elite footballer.

As I have written many times over the last 18 months or so, the mismanagement of the last few years means Arsenal absolutely have to hope some of their young players come good– either so that they can take up valuable squad places and preserve Arsenal’s precarious finances, or else so they can be fattened up and sold for profit.

Whether or not the likes of Alex Iwobi, Ainsley Maitland Niles, Reiss Nelson, Dino Mavropanos and Emile Smith-Rowe will form a part of Arsenal’s future will come down to Arsenal. It will come down to the quality of the coaching and how well handled they are. It will also come down to the players themselves, whether they are able to make the most of opportunities and how well they listen to their coaches. Serendipity will have its role to play too- especially when it comes to their respective fitness.

Regardless of our actual wealth it's clear that the owner isn't going to help us. The self-sustaining thing is here to stay. Academy players are the key to that: they're the cheapest players we're going to get. Get behind them for God's sake.

Arsenal fans have a small role to play here. It’s not the biggest or most crucial role in this menagerie. We can’t will or sing them to success, but we can make life more difficult for them and create an (unneeded) obstacle in their progression by being wantonly ungenerous- which is not even to say that we should be overly generous, if we are not so inclined. There is a grey area we can observe between ‘happy clappy’ and vitriolic.

Obviously, the mental fortitude of any young player will need to be steely enough to withstand criticism if they are to become Arsenal vintage, but nobody benefits if we make that examination more difficult for them. If the players don’t fit the psychological profile, it will become obvious soon enough by other means.

Development tends to happen most frequently in favourable environments. Callum Hudson-Odoi wanted to leave Chelsea in January because he doesn’t believe Stamford Bridge is the environment to hone his talent. Young players are beginning to look at the Bundesliga favourably, while the successes of Trent Alexander Arnold and Joe Gomez at Liverpool and the integration of Harry Winks at Spurs makes those destinations attractive for young talent. Arsenal need to rediscover that brand for developing young talent and we the fans have a small part to play in creating those conditions.

In my piece from a fortnight ago, I speculated that the ennui in the stands was partially down to the loss of several cult heroes. Olivier Giroud, Theo Walcott and Jack Wilshere have all left in the past year. The likes of Santi Cazorla, Per Mertesacker, Alex Oxlade Chamberlain, Alexis Sanchez, Francis Coquelin, Wojciech Szczesny and Kieran Gibbs have also recently exited.

The confirmation of Aaron Ramsey’s summer departure to Juventus sees the club’s longest serving player- now a high level rotation option- depart. Carl Jenkinson is the sole survivor of the famed ‘British core’, which now takes on the appearance of a black and white photo of your grandparents when they were children. Meanwhile, Mesut Özil has been frozen out, while Nacho Monreal, Danny Welbeck and Hector Bellerin have suffered fitness wise- as Laurent Koscielny did earlier in the campaign. In short, it’s a swiftly assembled and unfamiliar team.

The likes of Kolasinac, Xhaka, Mkhitaryan and probably Iwobi are players that we haven’t quite figured out yet. Ramsey, Giroud and Walcott went through various phases of ignominy with the Arsenal support before we became accustomed to and indeed fond of them. The current squad have yet to transition into that phase and the next few transfer windows promise further churn.

But underneath the surface, a core is beginning to form. The two outstanding performers on a fairly unmemorable day in Manchester earlier this month were Matteo Guendouzi and Lucas Torreira. The Uruguayan has been an instant hit with Arsenal fans and, helpfully, his name rhymes with “Vieira”, making it easy to voice that appreciation.

If Sven Mislintat was indeed responsible for recruiting Guendouzi and Torreira, what a great shame that he’s going

Don’t underestimate the value of a catchy, easy song when assessing a player’s popularity. It is one of the big reasons Giroud’s popularity grew in his final years at the club. Matteo Guendouzi hasn’t quite had the same level of tuneful recognition, thanks in part to the fact that his name is difficult to parse in the terrace songbook.

He is perhaps one of those players we have struggled to work out. Guendouzi is an all-rounder, whereas Torreira’s gifts are more defined and include qualities the team has missed for many years. But I think Guendouzi’s popularity will grow as his all action performances become more consistent. With his Sideshow Bob hairdo and his cocksure personality, he has the ingredients of folk heroism.

First good video I've seen on Guendouzi. Highlights how good he is at a variety of things https://t.co/Zgdwv3LXjV

Likewise, Alex Lacazette’s industrious displays upfront have been met with widespread approval. At 27, I would imagine the club are keen to open contract talks with him in the coming months. If Arsenal can keep hold of him, he certainly has the potential to be the doyen of the North Bank. It takes time to build that kind of rapport and, hopefully, in time the likes of Iwobi and Maitland-Niles, as well as Nelson and Smith-Rowe, can form the core of a team that Arsenal fans can take to their hearts.