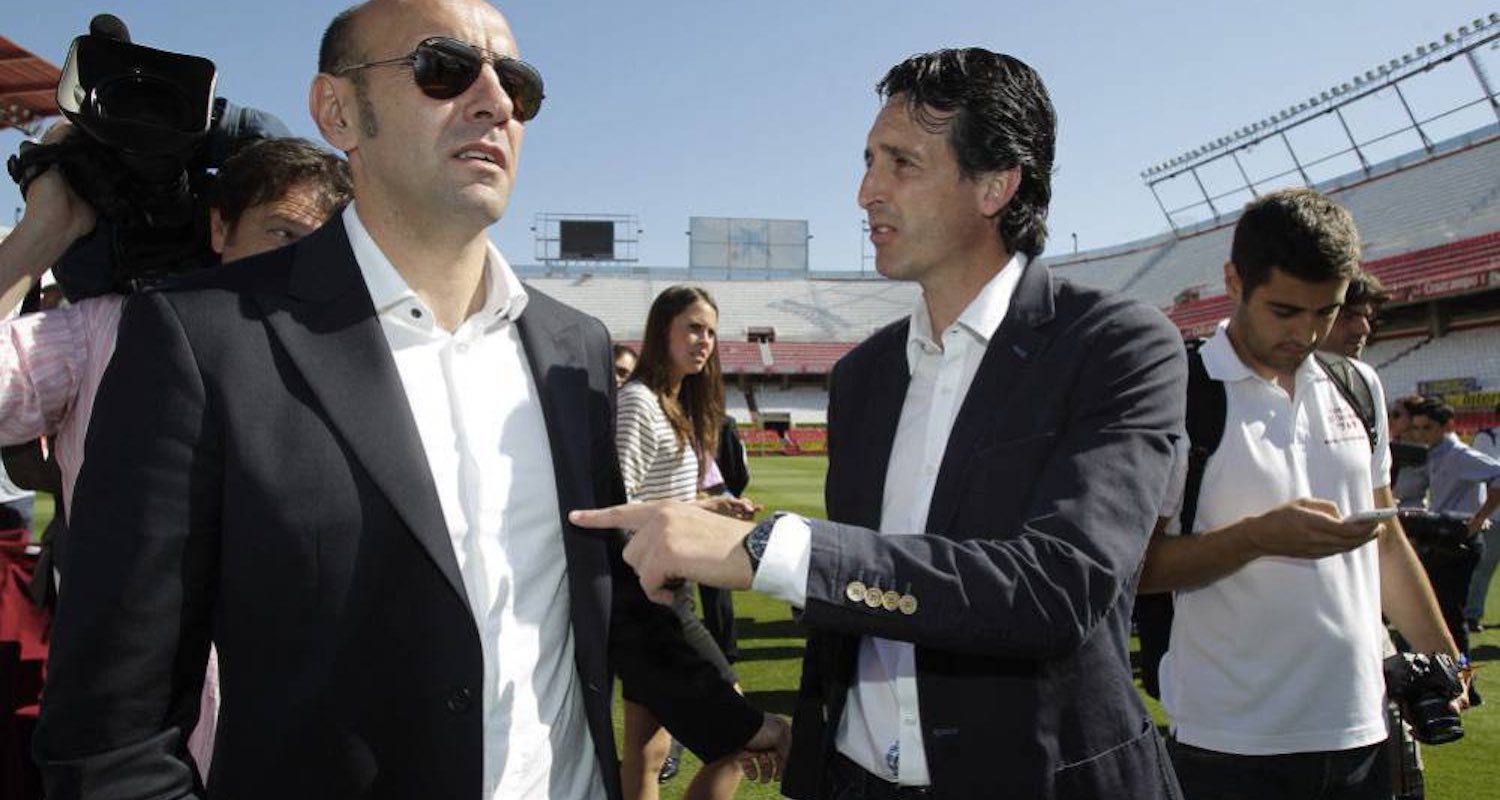 Morning all, and let’s begin with news from Spain which sounds pretty credible even if it is from Marca who aren’t always the most reliable. However, on this occasion what they’re saying makes a lot of sense, and it’s that Monchi will leave Roma in June and join Arsenal.

Their report says that his contract with the Serie A club is up at the end of this season – thus he’d be available for free, and given his connection with Unai Emery it’s easy to see why he’d be one of the main candidates for the role of Technical Director or whatever we’re going to call the job. From what I understand Arsenal are also looking to appoint a Head of Scouting with Francis Cagigao still the main contender there, but there’s a very real need to replace Sven Mislintat who departed earlier this month.

It does feel as if our transfer strategy is going to be more Guendouzi and Torreira than Ozil or Aubameyang as we go forward, and Monchi has very good track record of identifying talent. Not always super-young but often players who have flown under the radar a bit, available relatively cheaply and who can and are sold on for massive profits down the road a bit.

Examples of that include Dani Alves, Ivan Rakitic and our good old friend Julio Baptista, but he also has a particular focus on a club’s homegrown talent, and when you look at the current crop of young talent bubbling under at Arsenal right now that is a resource we cannot afford to ignore. Not least because we’re a club that is currently dealing with limited transfer funds and which needs to sort out its wage bill. On top of that, Petr Cech is retiring, Danny Welbeck and Aaron Ramsey are leaving for free, some under-performers have to go, we’ve got key areas of the team to rebuild without the kind of transfer kitty you’d like, so if next season is one in which we see the squad filled out with young Academy graduates given a chance it wouldn’t surprise me one bit.

The June thing might well be a bother, but if this is something that’s more or less agreed, then it might happen sooner. Maybe it’s possible to compartmentalise and do the job for Roma, whose needs in terms of players are probably quite different from ours, but it’s surely a complication for the Serie A side. What if there’s a gem of a young talent on his radar? Does he leave it as a parting gift for his former club or try and start with a bang at his new one?

Also, it’s clear that our summer planning should already be underway. We had a very efficient time in terms of buying last season, but this time around there’s likely to be a considerable amount of outward movement too, so it’ll be interesting to see how that’s going to be coordinated. Whatever happens though, it can’t be a case that any new Technical Director arrives at the end of June and says ‘Right lads, what’s happening there then?’

If it does go through, it also adds a bit to the ongoing Spanishifacation of El Arsenal. Raul Sanllehi as Head of Football and Unai Emery, plus many of his staff, as Head Coach are in place. Monchi (real name Ramon Rodriguez Verdejo – if he gets upset at something can we say it was Ramon Ruffled?) would be another addition to that. I suspect if we are to track young talent this summer we might see a young Spanish player or two on our hit-list, so keep an eye out for that over the coming months. I understand there’s some genuine interest in Real Valladolid centre-half Fernando Calero, but with a new man heading up the recruitment we might go in a different direction.

Above all else though, an appointment like Monchi would be reassuring because it would illustrate that we’re going in the right direction again. Mislintat leaving was a definite step backwards in the post-Wenger rebuild process, and it’s impossible to stress just how important it is we have good quality people in key positions at this football club. We know that the way KSE operate is to delegate and put people in charge and while I have many concerns that the message from the owners is hugely at odds with they operate, if we can find the right structures behind the scenes we have more chance of becoming successful again.

We need them to be very, very good at their jobs, because they have problems to sort out and there won’t be any financial help from on high. It’s why the fact Monchi was so successful at Sevilla helps dispel some of the fears about the way Sanllehi might work. He can’t do at Arsenal what he did as Director of Football at Barcelona, there isn’t that margin for error, and Sevilla are more in line with what we’ll be doing and where we are at this moment in time.

So, let’s see what happens. It makes sense on a lot of levels, and of all the candidates put forward for this particular role he’s the stand-out one for me, so fingers crossed.

Meanwhile, the Europa League Round of 16 draw took place yesterday and we’ll face Rennes. Initially we were supposed to play at home first – as the draw dictated – but then within an hour it was announced that we’d be away first. This is because Chelsea are also playing at home that night and apparently that’s an issue. UEFA’s Europa League rules state:

If more than one club from the same city, or within a radius of 50km (31 miles) of each other, is taking part in any of the UEFA club competitions and/or plays in the same stadium, and if the association and the clubs concerned explicitly declare when entering the clubs that their matches cannot be played on the same day or on consecutive days, the UEFA administration may alter or confirm dates and kick-off times in accordance with the principles set by the Club Competitions Committee.

So did Arsenal or Chelsea make that kind of declaration? It’s an odd one because there was no mention that this might be changed when the draw was being made, and let’s remember they fiddled it enough so the Russian/Ukrainian teams were kept apart but also made that clear from the off. The issue means that lots of Arsenal fans would have booked flights/accommodation asap to get the best prices, and Rennes are currently in discussions with UEFA because they felt that playing at home in the second leg was an advantage. A bit of a mess all-round.

Finally for today, good luck to the Arsenal Women who take on Man City in the Conti Cup final. For some previews of that, and a podcast, check out the dedicated Arsenal Women section on Arseblog News.

Right, that’s it. I’ll leave you with the brand new Arsecast Extra which discusses the BATE game, Ozil’s return and lots more. Listen/subscribe below.