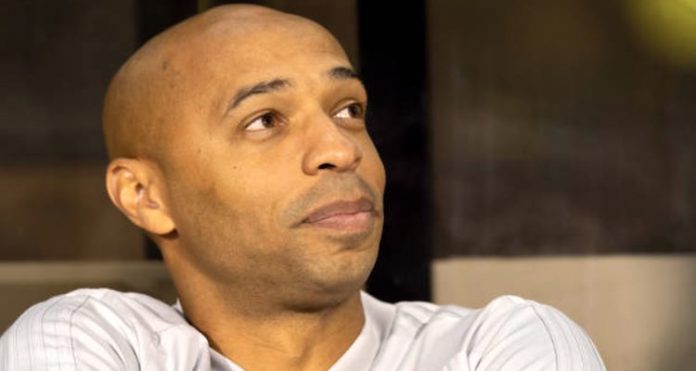 Not a lot of Arsenal Arsenal around this morning, but there is some Arsenal connected stuff to get us through an Interlull Sunday.

Thierry Henry is now the new head coach of Monaco, having decided that the job at Aston Villa with John Terry as his assistant wasn’t the right fit for him. You may all insert your own version of a gag about John Terry being a number 2 right here. Instead, Arsenal’s record goalscorer has gone back to the club he grew up at.

There’s a nice kind of symmetry to it. He was given his debut at the age of 17 by Arsene Wenger, then manager of Monaco, who later brought him to Arsenal and played a key role in making him one of the best strikers the Premier League has ever seen, and now Henry returns to the job his former manager and mentor had.

Wenger has given Henry his backing, saying:

Good choice, he has a lot of credibility. He is very intelligent and understands football. Like a lot of players on this high level, he has all the ingredients. Of course you always need a little luck and a good attitude.

As we’re all very much aware, the transition from great player to great manager, or even great player to fairly decent manager, is not an easy one. There are countless examples of it, but interestingly there are now two unquestionably great former Arsenal players in charge of clubs in France. All eyes will be on the Stade Louis II on December 8th when Henry’s Monaco take on Patrick Vieira’s Nice.

Vieira’s side are mid-table right now, with just three wins from their nine games in Ligue 1, but Henry is facing a difficult job at Monaco who have sacked Leonardo Jardim after just one win so far this season. There’s an interesting piece in the Guardian about why the blame shouldn’t rest fully with the former manager, and the fact that they’ve sold €750m worth of players in the last four years is an astonishing fact. When you look at the talent that has been and gone, it’s remarkable.

They still finished second last season as PSG won the title with some bloke called Unai Emery in charge, so there’s plenty there for Henry to work with, and you can be quite sure that he’s taken the job having been given some assurances about transfer funds and so on. The Arsenal connection to all this goes a bit deeper with the departure of our head coach of the U18s, Kwame Ampadu, who will be one of Henry’s assistants.

Our youth correspondent for Arseblog News, reports on the kind of job he did and who might replace him. It’s a decision for Per Mertesacker, now in charge of the Arsenal Academy, but we’ve had such a massive turnover of staff at that level over the last little while that this one shouldn’t prove too taxing.

Back to Henry though, and for some the idea of a club legend taking the top job is a very attractive one. With him and Vieira now in full-time employment, we can see first hand if they’re going to be good enough as managers to do that. I’m fascinated to see how Henry in particular gets on, whether the traits and characteristics that made him such a brilliant player will translate to management.

There’s such a difference between the two, the natural talent you possess as a player can be honed and developed through coaching, practice and your own hard work, but knowing how to deal with a dressing room full of millionaires, all with their own personalities and agendas is something else entirely. And that’s not even to mention the job of team selection, tactics, and and everything else.

It’s certainly going to be interesting to see how the job goes for him, and how often we see that Henry scowl on the sidelines, or not. Best of luck to him.

Right, that’s your lot for this Sunday. I have a puppy insisting I play football with her so I’d better go do that before she eats something else belonging to me. Like the hat she chomped yesterday which I’d just recently bought to replace the one she devoured the other week.

Have fun, back tomorrow and we’ll be recording the Arsecast Extra tomorrow morning, not Sunday evening this week, so tune in then for all your podcast needs.