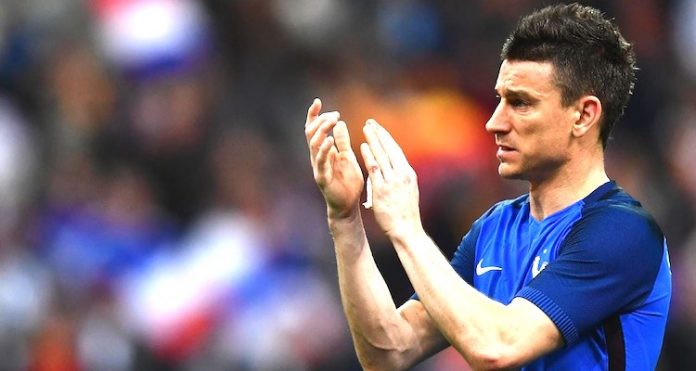 Let’s start this Monday with the good news: We’re into the final week of this Interlull.

Then the bad news: We’re not playing until this day next week because of stupid Monday night football.

Then the even badder news: There’s another Interlull next month. I know it’s very much a first world problem, but it doesn’t make the gap between games any less annoying by admitting that. Looking at the fixtures though, perhaps it might be a useful one, who knows? That’s a bridge we can cross when we come to it.

I don’t really have much idea what our players have been doing during this particular Interlull, although the official site tells me that Alex Iwobi got an assist for Nigeria and now that I’ve actually clicked on the article itself there’s lots of information about who did what and against who. Really though, my only interest is that they come back without injury and it’s so far so good in that regard.

One man who won’t have to worry about international football any more is Laurent Koscielny who yesterday announced his retirement from the France team. At 33 years of age it’s not exactly an unexpected move, it’s fairly normal for a player of his age to lessen the burden so they can concentrate on their club, but with him it’s exacerbated by the fact he’s still making his way back from a pretty terrible injury.

He suffered a ruptured Achilles tendon in May during the second leg of our Europa League semi-final against Atletico Madrid. It was so bad it even brought the humanity out of Diego Costa, and the consequences of that injury were that he missed the World Cup with France and, perhaps, a change of club.

Earlier this summer Koscielny’s agent spoke about how the player felt that with the departure of Arsene Wenger, it might be time for him to move on as well, perhaps back to France for the final seasons of his career:

Laurent was perhaps playing the final matches of his Arsenal career. He had started thinking about a possible departure from Arsenal at the same time as Arsene Wenger. It was the right moment, the final moment to leave with the arrival of the new manager. The notion of returning to Ligue 1 entered his thinking. It was a genuine possibility.

You could certainly understand why that would have been in his mind. As a new era began at Arsenal, he could make way for some younger players to build the team around for the future, but obviously the injury meant that couldn’t happen. Of course it’s worth pointing out that just because a player is open to leaving doesn’t mean they’re unhappy where they are, and I’m sure that applies to Koscielny who remains a popular and well respected figure.

The other issue is missing out on the chance to become a World Cup winner, and in this regard he was very honest about how he felt about seeing France do well throughout the tournament:

France’s World Cup victory did me a lot more psychological damage than my injury did me. I wanted them to qualify for the next round, and at the same time I wanted them to lose. It is a selfish side.

Certain people will say: ‘How could he want France to lose?’ but that was my feeling in those particular moments.

It may not sit well with everyone I guess, but at a time when most interviews with footballers tend to be bland and homogeneous, full of soundbites and words which tell us very little about the person who is saying them, I’m all for this kind of candour. It’s human to feel like that, and I think anyone who has played football at any level has felt something similar at some point.

Players talk all the time about how ‘three points is the most important thing for the team’ and we all understand that, but if you injected a truth serum into every footballer you’d get some fantastic interviews.

“Delighted the team won but I hate sitting on the bench and there’s a part of me that genuinely hopes the guy who took my place plays terribly or gets sent off and gets a suspension or picks up a little injury, not a bad one, just enough for me to get on as a sub and then maybe a couple of games more so I can establish myself in the team and change the mind of that idiot who left me on the bench in the first place …”

That’s where this Koscielny interview is coming from. Of course he’s happy that France won, but the feeling of missing out and the realisation of knowing you could have made history is always going to be tough to deal with. Maybe someone else would have just expressed delight for the achievement and left it at that, but I think his forthrightness here is much more interesting.

He’s back in training now, and expected to be available for selection towards the end of November. The question is how much will that injury have taken out of him? It’s a very difficult one to recover from completely at any age, but in your 30s even more so. It would be great to see him come back and add some depth to a position in which we don’t have a great deal at the moment, and in the short-term it would be very handy if he could do that.

Beyond that though, his age, the injury, and perhaps his own desire to go back to France before the end of his career means a summer departure wouldn’t be a surprise, so our recruitment team need to be on the lookout for potential arrivals to help bolster a key position. Whether that’s January or the summer remains to be seen, but I hope that in the months ahead Koscielny can enjoy a kind of Indian Summer at Arsenal.

Right, that’s that for now. James and I will be recording the Arsecast Extra a little later this morning, if you have questions or topics for discussion send to @gunnerblog and @arseblog with the hashtag #arsecastextra. We’ll have the pod up a little after lunchtime.